Two of music’s greatest songwriters, Bob Dylan and Neil Young, are teaming up for a special one-off concert at London’s Hyde Park this summer.

The event, taking place Friday, July 12th, is part of the UK music festival series British Summer Time. As the case with previous BST events, Dylan and Young will be joined on the bill by a number of intriguing, like-minded artists. A full lineup will be announced in the coming weeks.

Dylan, who recently made a rare late-night appearance on The Tonight Show to promote his new brand of whiskey, has continued to travel the world relentlessly as part of his “Never Ending Tour”. Earlier this month he unveiled the latest installment in his bootleg series, More Blood, More Tracks. To coincide with its release, Consequence Podcast Network launched a new podcast series called The Opus, which dissects Dylan’s legendary 1978 release, Blood on the Tracks. Listen to the latest episode below.

As for Young, he’s set to release a new live acoustic album called Songs for Judy on November 30th. In non-music news, the legendary songwriter recently confirmed his marriage to longtime girlfriend Daryl Hannah. Unfortunately, the couple lost their Malibu home in the California wildfires. 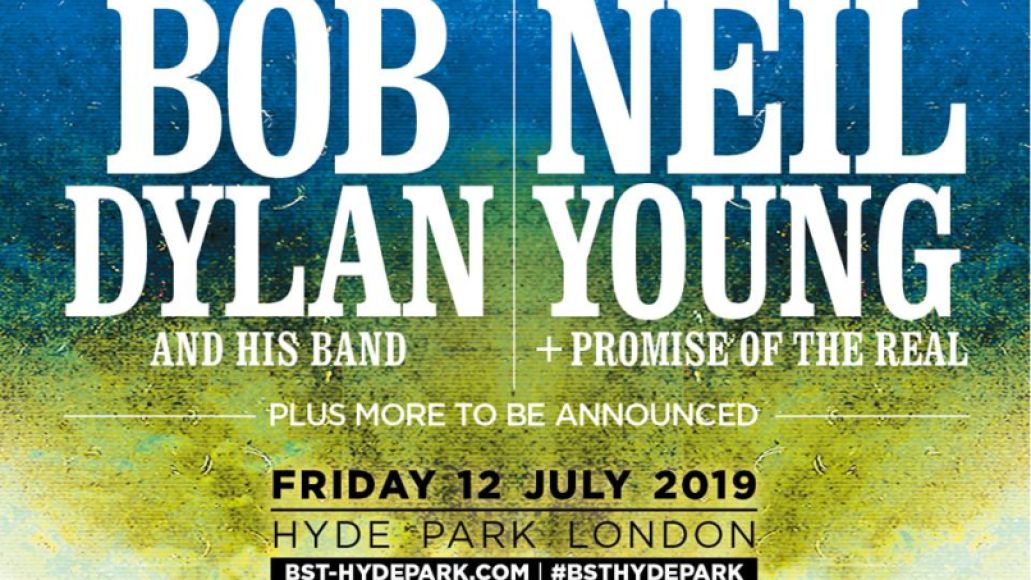