Dave Grohl’s been honest about the ways he’s still reckoning with the loss of his Nirvana bandmate Kurt Cobain 25 years ago. In a GQ cover story from May, the Foo Fighters frontman revealed that he still can’t listen to his old band. Now, in a recent interview with PBS, he took a moment to discuss what he learned from Cobain’s passing.

“When Kurt died, I remember the next day and thinking, ‘I still get to live’,” he says in the below clip. “So I’m going to live everyday like it’s my last one. Even if it’s the worst day, I’m gonna try to appreciate it.”

He added, emphatically, “And I still feel that way. I never wanna die. I honestly feel like if get to do this, and I’ve got these beautiful kids… I’m all good. That’s how I feel.”

It’s a lovely moment from the interview, one that resonates before Grohl even speaks. The pall that falls over his face when the interviewer mentions Cobain is enough to break your heart. Watch it below. 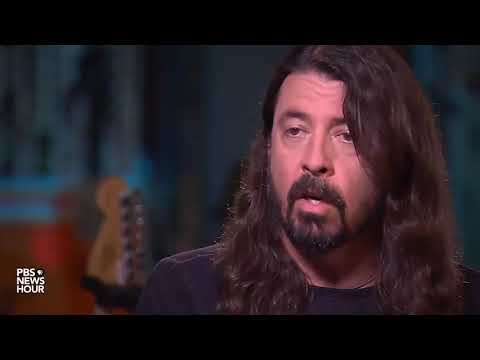 The surviving members of Nirvana reunited last month at Foo Fighter’s Cal Jam. Over the weekend, Grohl fired up his smoker to serve up some BBQ to California firefighters taking on the Woolsey wildfire.