Our jaws dropped on Monday when we saw the tracklist for Mike WiLL Made-It‘s soundtrack to Creed II. In addition to lead single “Kill ‘Em With Success”, which featured the likes of ScHooolboy Q, 2 Chainz, and Eearz, the soundtrack will feature the likes of Bon Iver, Ll Wayne, Nas, Nicki Minaj, Vince Staples, ASAP Rocky, and Rick Ross. And let’s not forget Kendrick Lamar, whose contribution just hit the internet.

A collaboration with Pharrell Williams, “The Mantra” is a patient, mesmerizing affair that really comes to life once Kendrick steps in with a dizzying array of “fucks.” Hear it below. 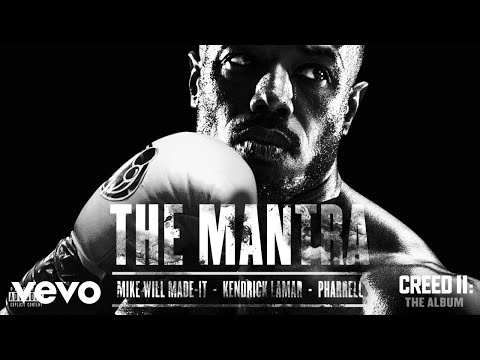 The Creed II soundtrack drops on the same day as the movie: November 21st.

Kendrick Lamar and Pharrell Williams share "The Mantra", their contribution to the Creed II soundtrack: Stream