Origins is a feature that tasks artists with outlining the influences behind their latest release.

The prolific and ever-innovative Kevin Devine has spent a good portion of 2018 reviving his Devinyl Splits series, which enjoyed its first run in 2015. Beginning in March, Devine’s has again been releasing a series of split 7-inch records every other month, with artists like Craig Finn and David Bazan sharing wax with the songwriter. The 10th and latest entry finds Devine joined by one-time Weakerthans frontman John K. Samson, who’s carved out an impressive solo career of his own with excellent LPs like 2012’s Provincial and 2016’s Winter Wheat.

Samson’s song, a chilly, moving cover of Christine Fellows’ 2007 song “Saturday Night On Utopia Parkway”, has already hit the internet, and today we’re premiering Devine’s lovely contribution to the 7-inch. Called “I Wrote It Down For You”, the song marks Devine’s third original tune to emerge from the Devinyl series. Buoyed by droplets of piano and Devine’s tender finger-picking, the heartfelt track brims with longing lyrics that brim with the kinds of small, seemingly insignificant details that tend to flood our sepia-toned memories. Hear it below. 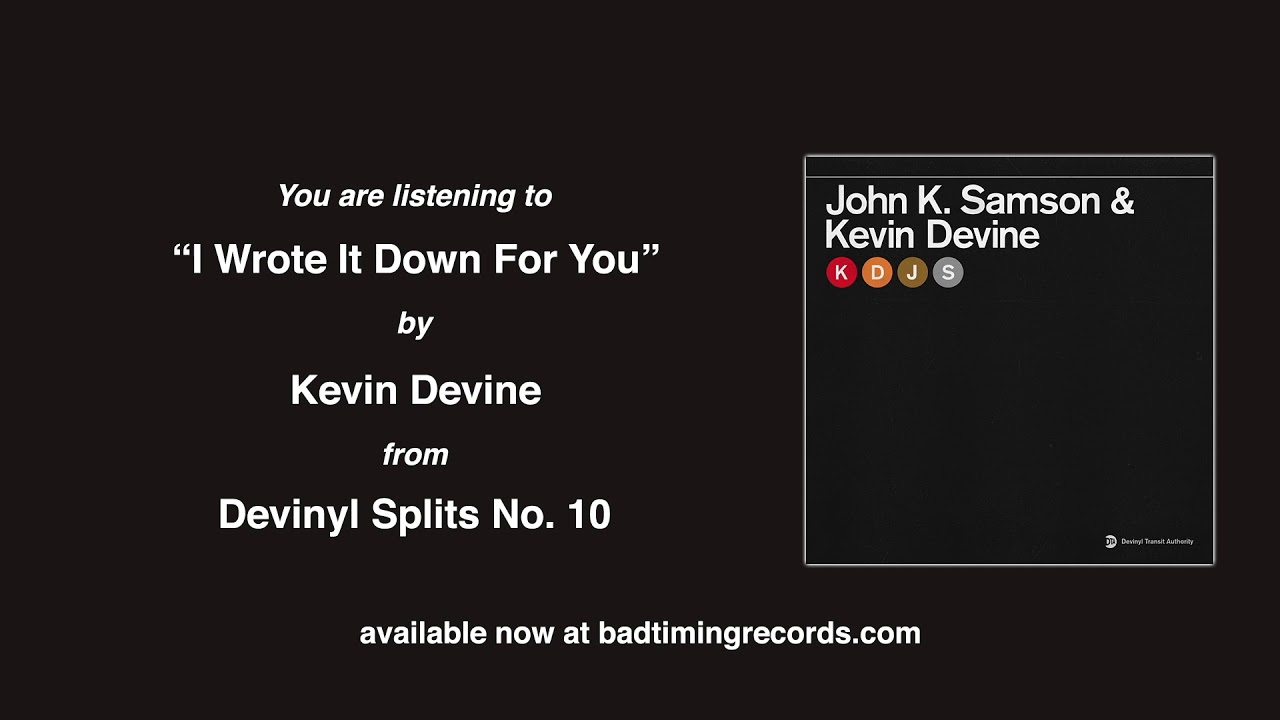 Speaking to us after wrapping up the first Splits series, Devine explained the project thusly:

“I wanted the partner to have free range to present what was most interesting to them. That’s the ideal. Sometimes it’s going to be what’s easiest with their touring schedule, their recording schedule, their life schedule … but my hope was to present the idea of doing a split, then let the other artist tell me what excited them. I wanted to make it as free and easy for everybody as possible.”

Devinyl Splits No. 10’s silver 7-inch is currently available for pre-order, and the split will officially drop on November 30th. To offer some insight into “I Wrote It Down For You”, Devine has also shared with us a few of the song’s Origins. Some were conscious; others were not.

The simplicity of the progression; the air, the openness; the long, patient hanging out on the chords; the lilting, half-step movement of the vocal melody over top; the willingness to let the song be itself and keep out of its way, to not get too clever, to let it feel good. I love this overall gear of Neil Young’s, but Andy from Manchester Orchestra actually pointed out the parallels between this specific song and mine — subconsciously arrived at, but visible and clear. 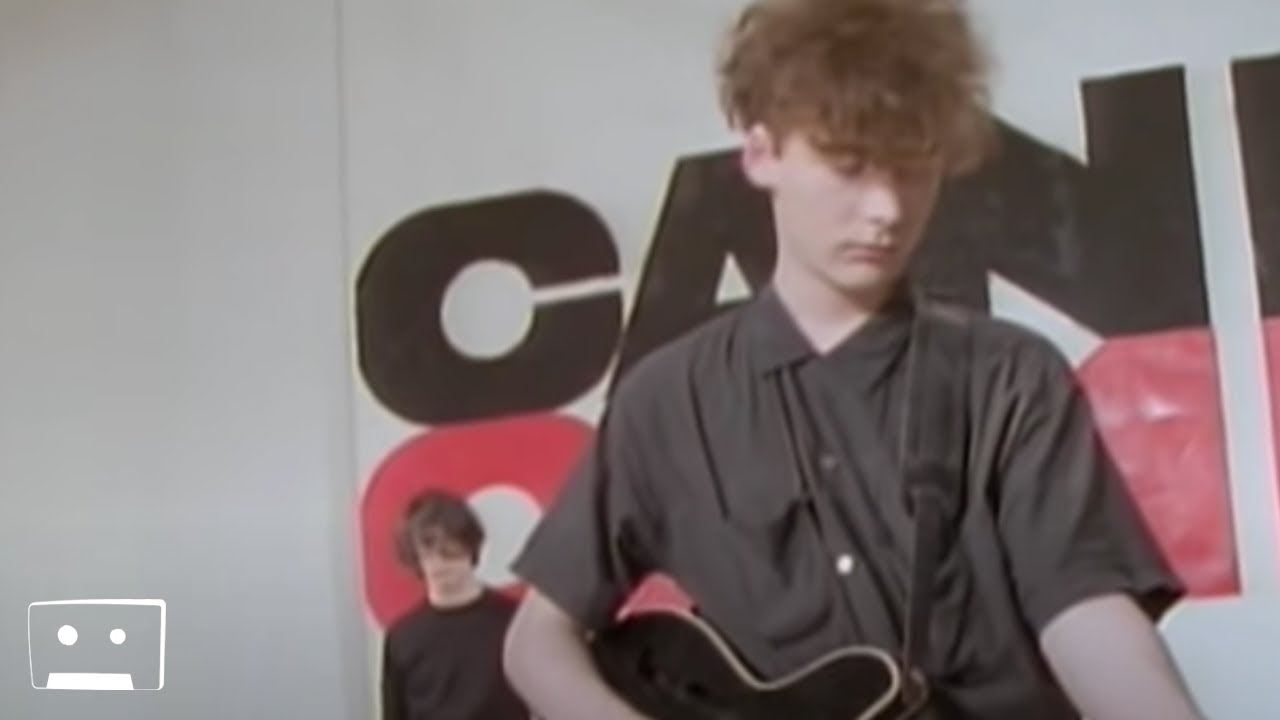 “I Wrote It Down For You” started on bass before I transferred it to guitar for recording and live performance, and the approach was inspired by this song and the ’50s girl-group songs which inspired it. The “bomp / bomp-bomp / BA” percussive energy, the sweetness (and slight idiosyncratic twist) of the lyric, the way it moves itself along, classic-feeling, unencumbered by itself, making room for what’s being said. That felt like the clear priority for this song: directness, a platform for the lyric, the melody, the feeling.

More openness, more patience, more letting itself unfold, of a definite piece with the Neil Young thing. I’ve always loved this song and kinda wished Pearl Jam did more in its subtle vein; it really suits his strength as vocalist and beautifully captures a certain ambient, shuffling bittersweetness. It’s also a kind of conversation, and, like both other songs I mentioned, a character sketch. You see the person, feel the depth of care, the ephemerality of that kind of affection, admiration, the things you can and can’t keep.

Devine, who just wrapped up a tour with Saves the Day, will participate in a tribute concert to late Frightened Rabbit singer Scott Hutchinson next month. Early next year, he’ll play a handful of European tour dates. Check out the full list of dates below.

Kevin Devine breaks down the Origins of new single, "I Wrote It Down For You": Stream