Late last month, Julia Louis-Dreyfus became the 21st recipient of the Mark Twain Prize for American Humor, an honor she accepted in the company of friends and collaborators at a ceremony held at Washington D.C.’s John F. Kennedy Center. The broadcast of the gala aired earlier this week on PBS and featured a wide array of peer comedians paying tribute to the legendary actress.

Among the highlights of the evening were comedy sets by Tina Fey and Kumail Nanjiani, bits by Keegan Michael-Key and Stephen Colbert, and a performance by Jack Johnson, as well as additional appearances by Bryan Cranston, Lisa Kudrow, Ilana Glazer, and many more. Best of all, however, might have been Larry David, who showed up not in person but via a pre-recorded video message to offer a touching message to his Seinfeld co-star.

“I want to congratulate Julia for this unbelievably prestigious award,” David began, before shifting tone: “But I got to say, the lengths that she went through to get it? Frankly I was a little surprised. I mean, come on, that whole cancer thing?” He was poking fun at Louis-Dreyfus diagnosis last year as a ploy to earn the sympathies of the nominating committee. “Honestly, I got to take my hat off to her. What a scam! It’s diabolical. I’m a little jealous that I didn’t think of it.”

David went on to try and spin the same tactic for himself, before concluding with a truly heartfelt commemoration: “If something should ever happen to me, god forbid, I’ll always treasure my friendship with Julia and the masterstroke of luck that brought us together.”

Watch his tribute below. 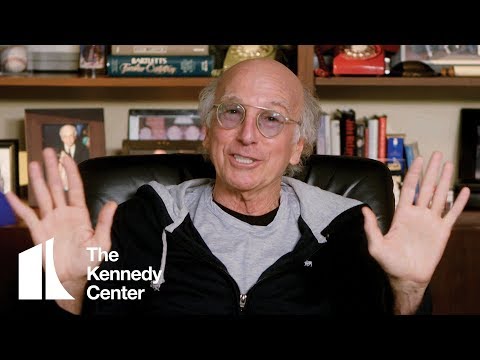