Le Butcherettes are set to return with a new album in just a few months. Titled bi/MENTAL, it’s due out February 1st on their new label home, Rise Records.

The 13-track collection follows the 2015 full-length, A Raw Youth, and their surprise struggle/STRUGGLE EP released this past April. Like that EP, the album features production assistance from iconic Talking Heads and Modern Lovers member Jerry Harrison. The garage punk outfit’s three previous LPs were all produced by Omar Rodríguez-López of At The Drive-In and The Mars Volta.

According to a statement, bi/MENTAL tackles the subject of family as well as serves as an ode to mental health. “Essentially, this record was inspired by the death of a living mother but none of that matters anymore,” singer Teri Gender Bender explained.

“A disconnection in itself is so ravage so confusing it leaves one feeling incomplete… is there hope? Is there light?” she added. “Maybe it all isn’t so black and white. in the end there is a Duality in All. Life is a cycle, the moon, the sun, the ocean waves transcending into sand. It will be okay.”

Included on the new record is the title track off their struggle/STRUGGLE EP, in addition to early single “spider/WAVES” featuring the one and only Dead Kennedys frontman Jello Biafra. Punk rock singer Alice Bag guests on a song titled “Mother/Holds”.

There’s also today’s offering, “father/ELOHIM”, a fun and driving rocker, featuring a live music video filmed at a recent concert in Los Angeles by director Gus Black (Gary Clark Jr., Deftones). Check it out below, followed by the album artwork and full tracklist. 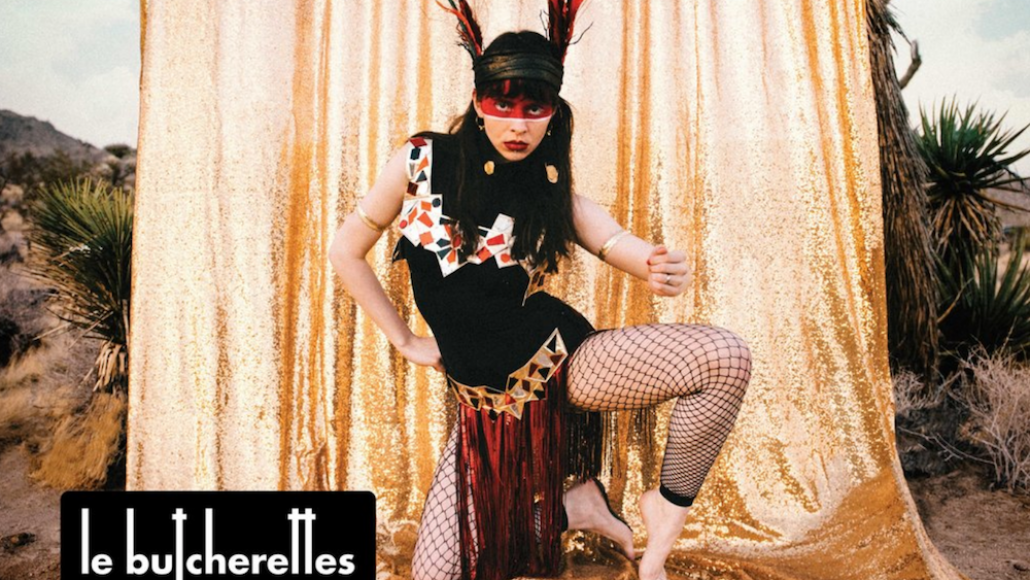 Beginning in February, Butcherettes will embark on a North American tour in support of bi/MENTAL.