Comic book legend Stan Lee passed away on Monday, leaving behind a legacy seven decades long filled with some of the most iconic characters and captivating tales to come from any medium. Yet, even as he crafted the fables of Spider-Man, the Avengers, the X-Men, and countless other costumed creations, his larger-than-life personality led to him building an equally rich mythology around himself.

While his characters and stories stretched the limits of imagination, Lee also had a novel approach to his fans. Standing on his printed Soapbox or exclaiming from the Bullpen, Lee turned himself into The Man, creating an alter ego that lived as vibrantly as any of the colorful crime fighters on the page. Sure, that led to some conflicts of personality (just ask Steve Ditko who created Spider-Man. Or better yet, ask Jack Kirby), but it also gave multiple generations a narrator to guide them.

(Read: Every Stan Lee Cameo in the Marvel Cinematic Universe)

If you could spend hours digging through the countless script pages Stan Lee delivered during his lifetime — especially during the Marvel Age in the ’60s and ’70s — you’d be able to pull together a Bible’s worth of life lessons. But even looking at some of the wisdom Lee himself imparted to his fans, there are plenty of astute nuggets on which to dwell. Like the quirky uncle who would spin wild yarns one second and reveal frank, strikingly pure knowledge in a musing aside the next, Lee was a man to whom it was always worth paying attention.

This was all part of the fandom he nourished at Marvel, not just in the word bubbles of his heroes, but in the kind utterances that came from underneath that trademark salt-and-pepper mustache. He created a universe around his universe, simultaneously acting as the godhead of the written word and the bighearted commander of the Merry Marvel Marching Society. Trade paperbacks and comic conventions will ensure Lee’s scripted words continue to inspire long into the future, so below we’ve collected a number of his best quotes for the posterity of one of the most wonderful, playful, and thoughtful creatives this world has ever had the pleasure of beholding. 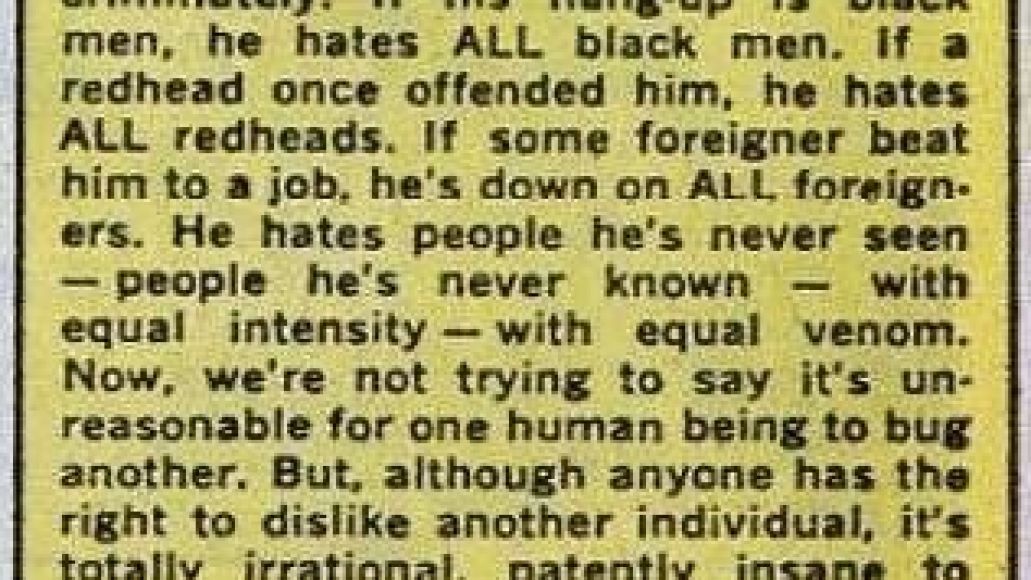 “Let’s lay it right on the line. Bigotry and racism are among the deadliest social ills plaguing the world today. But, unlike a team of costumed super-villains, they can’t be halted with a punch in the snoot or a zap from a ray gun. The only way to destroy them, is to expose them — to reveal from the insidious evil they really are.” — Stan’s Soapbox, 1968

This was the opening line of one of Stan’s Soapbox columns the year Martin Luther King, Jr. and Robert Kennedy were both assassinated. He retweeted it after the deadly Unite the Right rally in Charlottesville, Virginia, last August with the message: “As true today as it was in 1968.” In 2016, he launched Hands of Respect to promote the simple mission of mutual respect and kindness. “That’s what America’s all about,” he said at San Diego Comic Con that year. The man had an endless well of good faith and optimism, even in the face of society’s worst.

“I try not to do anything that’s too close to what I’ve done before. And the nice thing is we have a big universe here. It’s filled with new ideas. All you have to do is grab them.” — AdWeek, 2000

Lee was always looking for ways to challenge the norms of his medium; it’s why so many of his characters were flawed humans on top of super-powered heroes. He knew there was never a lack of creativity out there in the ether, and it took risks to find ways to present it to the masses. Doing that in ways that were more engaging than how it was done before was always Lee’s greatest gift.

“Marvel is a cornucopia of fantasy, a wild idea, a swashbuckling attitude, an escape from the humdrum and prosaic. It’s a serendipitous feast for the mind, the eye, and the imagination, a literate celebration of unbridled-creativity, coupled with a touch of rebellion and an insolent desire to spit in the eye of the dragon.” — Excelsior!: The Amazing Life of Stan Lee, 2002

Could anyone but the figurehead of the great Marvel Entertainment Empire describe its wonders in such poetically accurate fashion? This is the universe he created for fans, with all its awe and cheekiness. 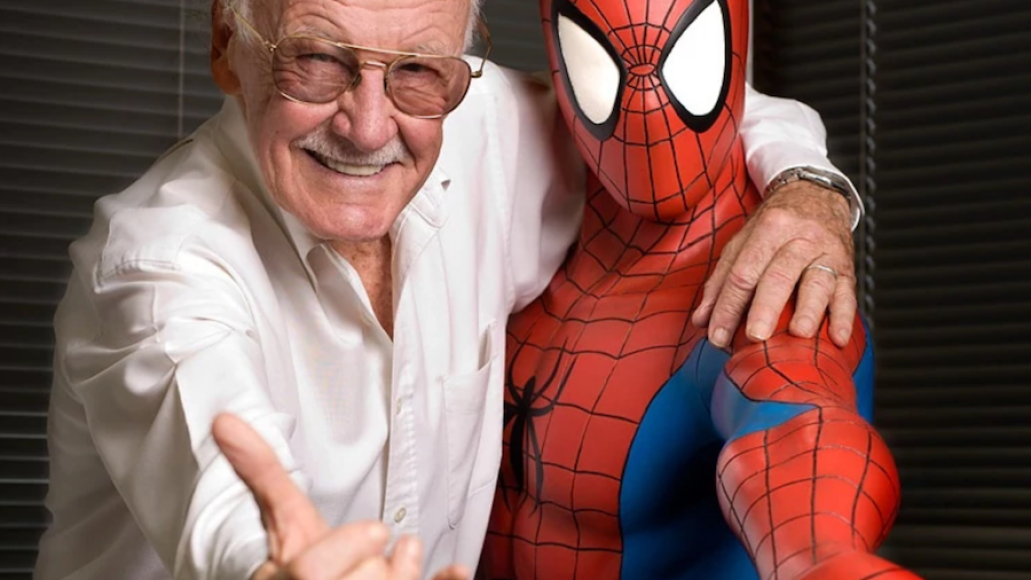 “Another definition of a hero is someone who is concerned about other people’s well-being, and will go out of his or her way to help them — even if there is no chance of a reward. That person who helps others simply because it should or must be done, and because it is the right thing to do, is indeed without a doubt, a real superhero.” — Cyberspacers, 2004

Lee wrote one of literature’s most iconic lines — “With great power, comes great responsibility” — at the end of Amazing Fantasy #15, the first appearance of one of literature’s most iconic characters, Spider-Man. While it makes a great superhero motto, it’s also something he truly believed, as he expressed essentially the same concept to an early Internet blog. His belief in true heroes no doubt helped him create some of comic’s best.

Okay, a bit of a cheat since this was a line in Sam Raimi’s final Spider-Man movie and not a direct quote, but the sentiment rings true throughout Lee’s life and work. The moral message of Spider-Man has always been that one individual fighting for what’s right against all odds can change the world. Lee himself may have had plenty of creative help in crafting the Marvel Universe, but it’s undeniable that without him the world would not be the same.

“I used to be embarrassed because I was just a comic book writer while other people were building bridges or going on to medical careers. And then I began to realize: Entertainment is one of the most important things in people’s lives. Without it, they might go off the deep end. I feel that if you’re able to entertain people, you’re doing a good thing. When you’re seeing how happy the fans are — as they [see up-close] the people who tell the stories, who illustrated them, the TV personalities — I realize: It’s a great thing to entertain people.” — The Washington Post, 2010

Lee didn’t want to be in comics. In fact, he created the pseudonym Stan Lee so he could save his real name, Stanley Martin Lieber, for more “serious” work. But when he realized that his creations were really making connections with people, that he was able to create relatable characters to impart lessons and comfort to fans, he embraced the art form wholeheartedly. It was a circle of joy — his work bringing it to others, their appreciation bringing it back to him — and that can be as important to humankind’s success as bridges or medicine. 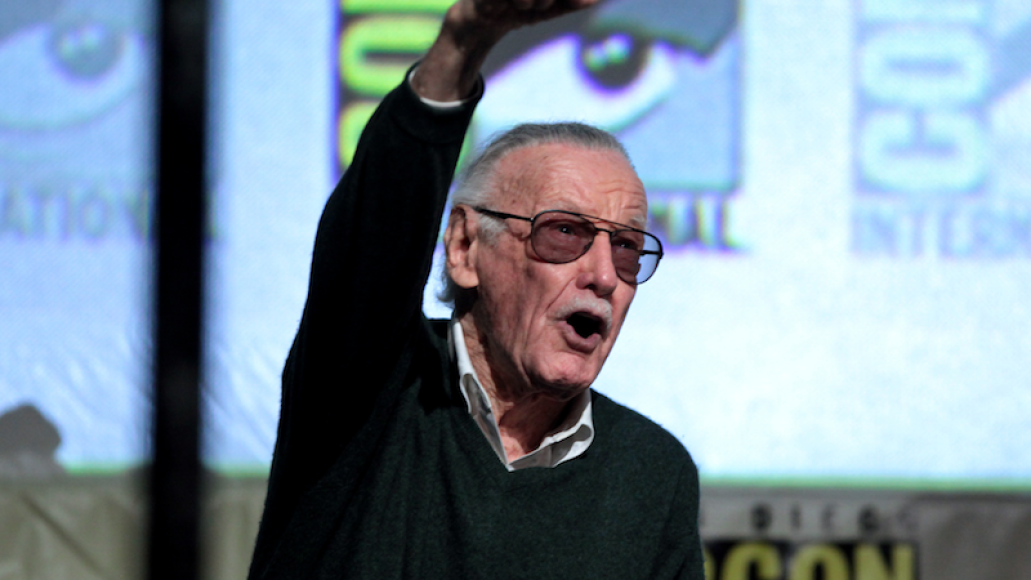 “I’m always looking ahead, even at this age. You know, my motto is ‘Excelsior.’ That’s an old word that means ‘upward and onward to greater glory.’ It’s on the seal of the state of New York. Keep moving forward, and if it’s time to go, it’s time. Nothing lasts forever.” — Playboy, 2014

Lee used to exclaim, “Excelsior!” at the end of almost every letter, interview, or statement. It reads like a silly comic book word — no more depth than “gadzooks” or “shazam” — but like so many of his best stories, there was greater meaning behind the flashy language. Lee wanted the best for everyone: his creations, his fans, and perhaps especially his own ideas. Setbacks were momentary inconveniences, and he always had his sights on the next adventure.

What’s important here is Lee’s grasp of the complexity of humanity: The villain never thinks of himself as the bad guy. There’s a reason Doctor Doom is considered one of the greatest antagonists in comicdom, and it has a lot to do with his depth of character. Lee’s innate understanding of the intricacies of individuals is what not only allowed him to create such engaging characters, but understand the ethos of the world around him.

“That was something I tried to do all the time I was writing comics — I didn’t talk much about it. I resented the fact that some people thought comics were just for kids. I wanted comics to be for everybody, including people who’d read the Harvard classics, people who would read Shakespeare, Dickens. To me, comics were reading matter, like anything else.“ — Twitter, 2018

Here, Lee was referring to how he’d use advanced terminology in his scripts instead of dumbing them down for the youth that were supposedly comic books’ sole audience. Like any author, Lee hoped to challenge his readers to grow, whether it be from the moral dilemmas of his stories or the complexity of language therein. That goal led him to launch the Stan Lee Foundation in 2010 to help provide access to literacy, education and the arts to individuals in need across the US. 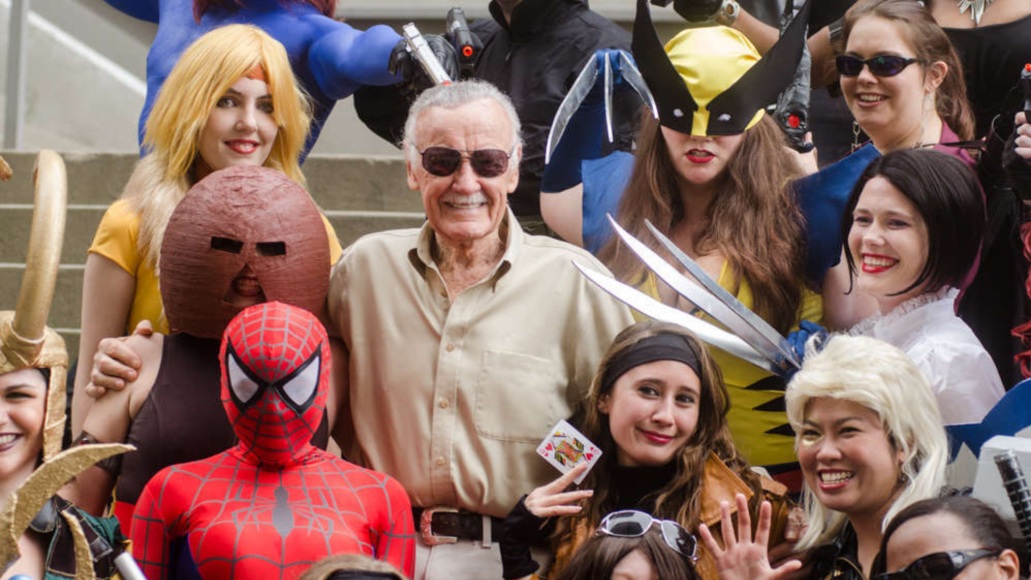 “No sacrifice is too great for my fans… We’ve been together for so many generations. I don’t want that to stop. I don’t consider you as fans; I consider you as close, close friends. I’d like to feel that you consider me the same way.” — Twitter, 2018

Lee appreciated nothing more than the love he received from his fans. He once claimed Spider-Man was his favorite creation simply because he was the most beloved worldwide. He also often joked that he and his fellow creators were simply trying to make a buck, and the fact that people actually appreciated their work so deeply was an unexpected joy. Because of that, he had a profound fondness for his fans, a love that was returned a thousand fold over by those of us who grew up on his stories.

We felt the same way, Stan, and we thank you for all you gave us over the decades. Excelsior into the next life, my friend. ‘Nuff said.