William Goldman, one of the most prolific screenwriters in Hollywood and a two-time Oscar winner for Butch Cassidy and the Sundance Kid and All the President’s Men, passed away on Thursday night in his Manhattan home. He was 87.

According to Deadline, Goldman was surrounded by family and friends at the time of his death, and his health had been deteriorating since the summer.

Born on August 12, 1931 in Chicago, Illinois, Goldman began writing after taking a creative writing course in college. As an editor for Oberlin’s literary magazine, he would often submit short stories anonymously, only to listen to his fellow peers remark negatively about his work.

In 1956, Goldman graduated Columbia University after completing an MA thesis on the comedy of manners in America. That same year, he published his first novel, The Temple of Gold, which was published by Knopf after Goldman agreed to double its length. His career had begun.

Goldman would go on to publish two more novels, 1958’s Your Turn to Curtsy, My Turn to Bow, which he wrote in a little over a week, and 1960’s autobiographical Soldier in the Rain, which was turned into a feature film starring Jackie Gleason and Steve McQueen.

Around this time, Goldman began suffering from writer’s block while working on Boys and Girls Together. Fortunately for him, both he and his brother James Goldman received a grant to work with the 1960 stage musical Tenderloin, which they helped rewrite. 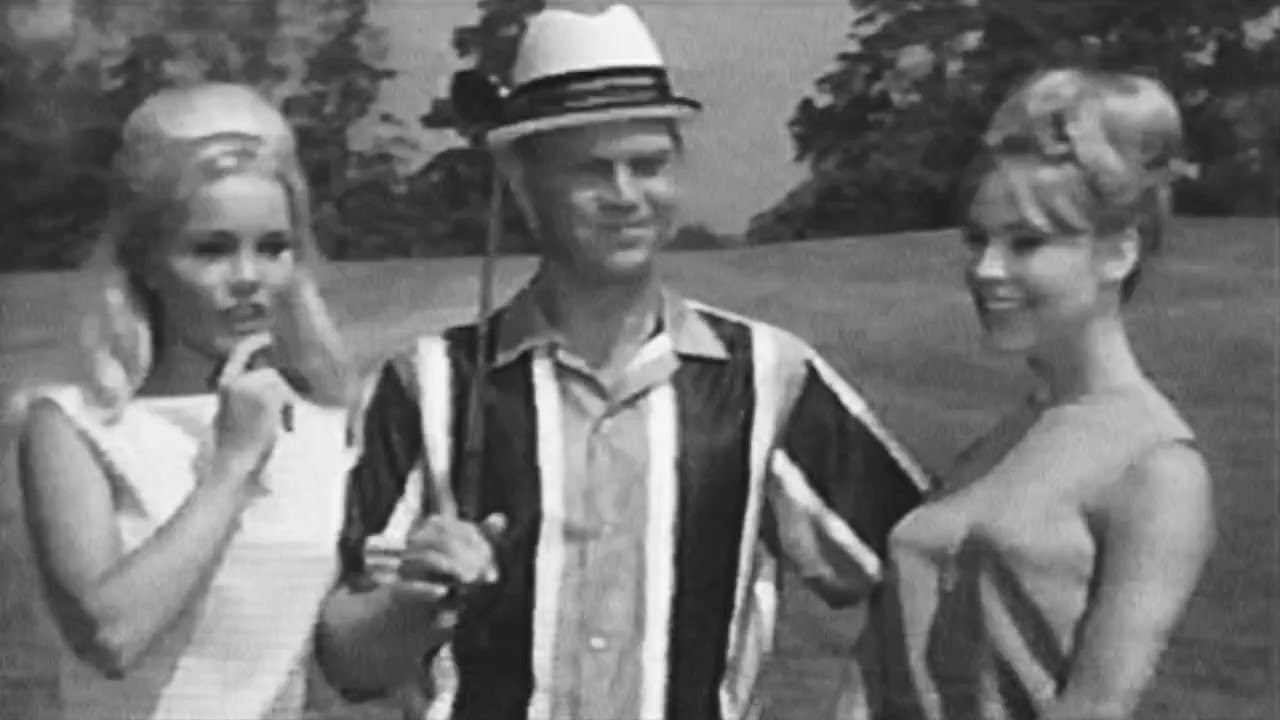 From there, the two brothers began collaborating on an original play, 1961’s Blood, Sweat, and Stanley Poole, and another musical written by John Kander called A Family Affair in 1962. Both only had short runs.

Although Goldman’s writing block persisted, he wound up writing another novel instead, 1964’s No Way to Treat a Lady, which he wrote it in two weeks and published under his own Butch Cassidy-inspired pseudonym Harry Longbaugh. Not only was that a best seller, but Goldman found it in him to finally finish Boys and Girls Together, which also went on to become a hit.

However, it was an early screenplay draft of No Way to Treat a Lady that brought Goldman to Hollywood. It caught the eye of Cliff Robertson, who hired Goldman to adapt Flowers for Algernon, to which Goldman would eventually write the 1965 spy spoof Masquerade instead. Once he actually finished the Algernon script, Robertson passed and opted for screenwriter Stirling Silliphant.

By then it didn’t matter. The film rights to Goldman’s Boys and Girls Together had been optioned by producer Elliot Kastner, which opened the door for another project, an adaptation of Lew Archer’s Ross Macdonald novels at the suggestion of Goldman. Kastner bit and the two adapted The Moving Target, which spawned 1966’s hit Harper, establishing Goldman as a screenwriter.

Upon publishing his next novel, 1967’s The Thing of It Is…, and spending some time teaching around Princeton, Goldman returned with his first original screenplay for what would become 1969’s Butch Cassidy and the Sundance Kid, which he had been researching for eight long years. The research paid off, however, as he nabbed a then-record-breaking sum of $400,000 and his first Oscar.

His 1973 novel The Princess Bride became a best-seller and would go on to become a juggernaut box office hit in the ’80s. That same year, he contracted a rare strain of pneumonia, which he claimed contributed to his epic creative run that followed. 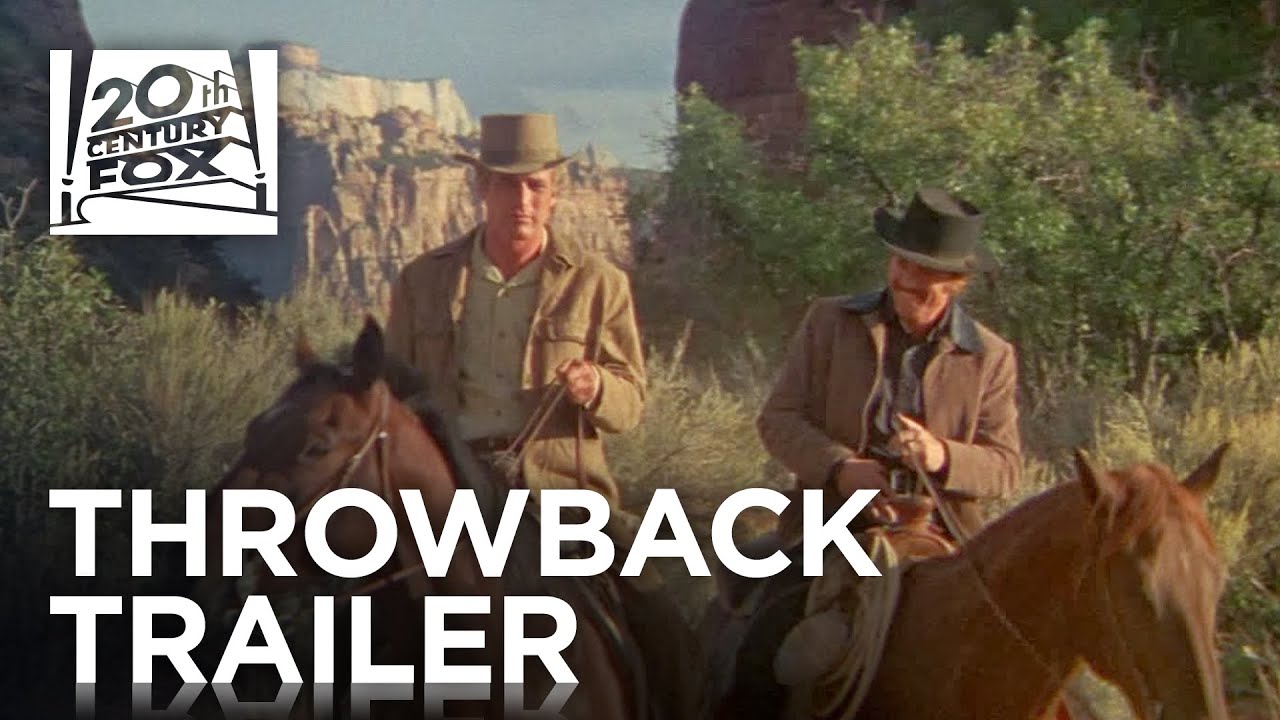 No kidding: In 1974, he published the thriller Marathon Man, which he sold to Delacorte as part of a three-book deal worth two million dollars, which he followed two years later with 1976’s Magic. Both novels’ film rights were sold to incredible sums and both were written for the screen by Goldman.

Throughout this time, he also wrote screenplays for 1975’s The Stepford Wives, 1975’s The Great Waldo Pepper, and, of course, 1976’s All the President’s Men, which nabbed him his second Oscar. Despite the accolade, Goldman wasn’t happy with how the film turned out, having written more drafts for that feature than any other in his long, storied career.

Nevertheless, Goldman remained on fire, following his Oscar win with 1977’s A Bridge Too Far, which netted him a three-film contract with Joe Levine that was worth $1.5 million dollars. However, only two screenplays came from the deal, The Sea Kings and Year of the Comet, which was part of a creative rut for Goldman that saw more of his works being unused. 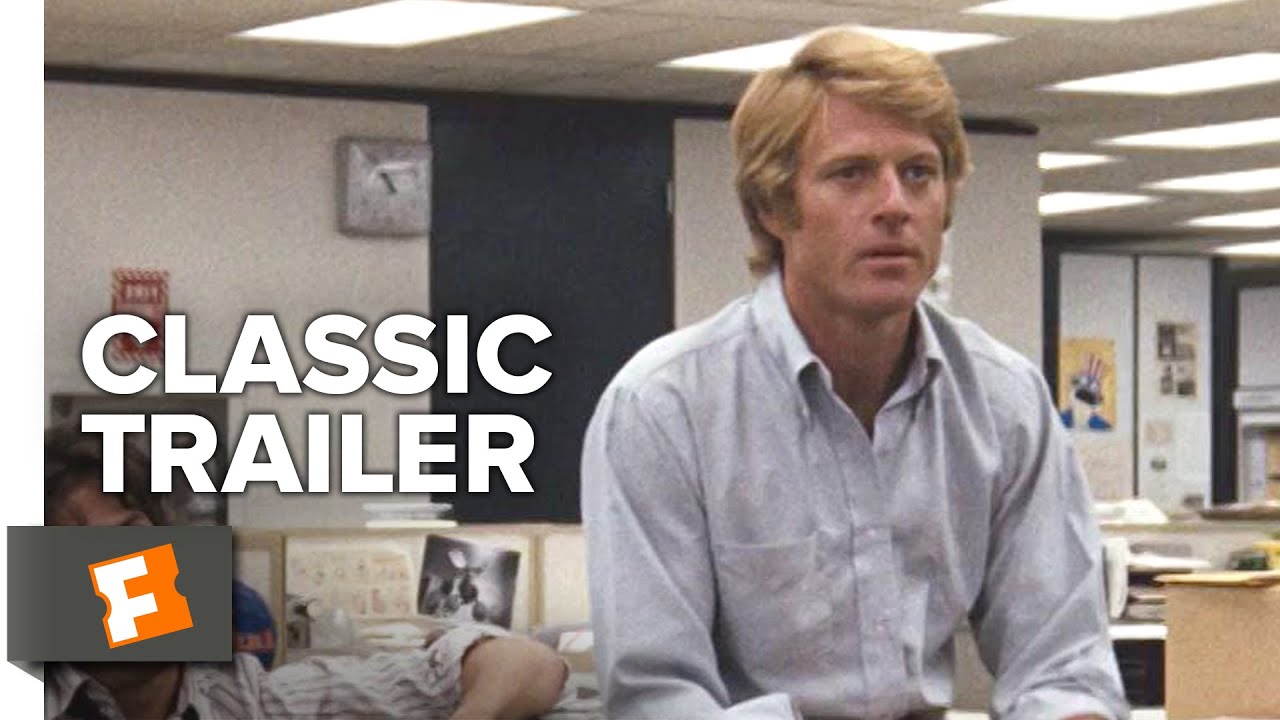 Still, he remained ever-vigilant behind the typewriter, and following Tinsel, his 1979 novel about Hollywood, Goldman took what he knew about the tumultuous town and wrote a timeless bible for screenwriters in 1983’s Adventures in the Screen Trade. “Nobody knows anything,” the opening lines famously declared, and millions have heeded that advice since.

Goldman spent most of the decade away from the silver screen, but continued to thrive in the bookstores with 1982’s Control, 1983’s The Silent Gondoliers, 1984’s The Color of Light, 1985’s Heat, and 1986’s Marathon Man sequel, Brothers, which remains his last published novel.

By the late ’80s, Goldman had a major comeback in Hollywood after signing with Michael Ovitz at CAA. Although his first sprint back was an adaptation of his 1985 novel Heat, he really got his running legs back again with Rob Reiner’s 1987 blockbuster adaptation of his 1973 novel, The Princess Bride. 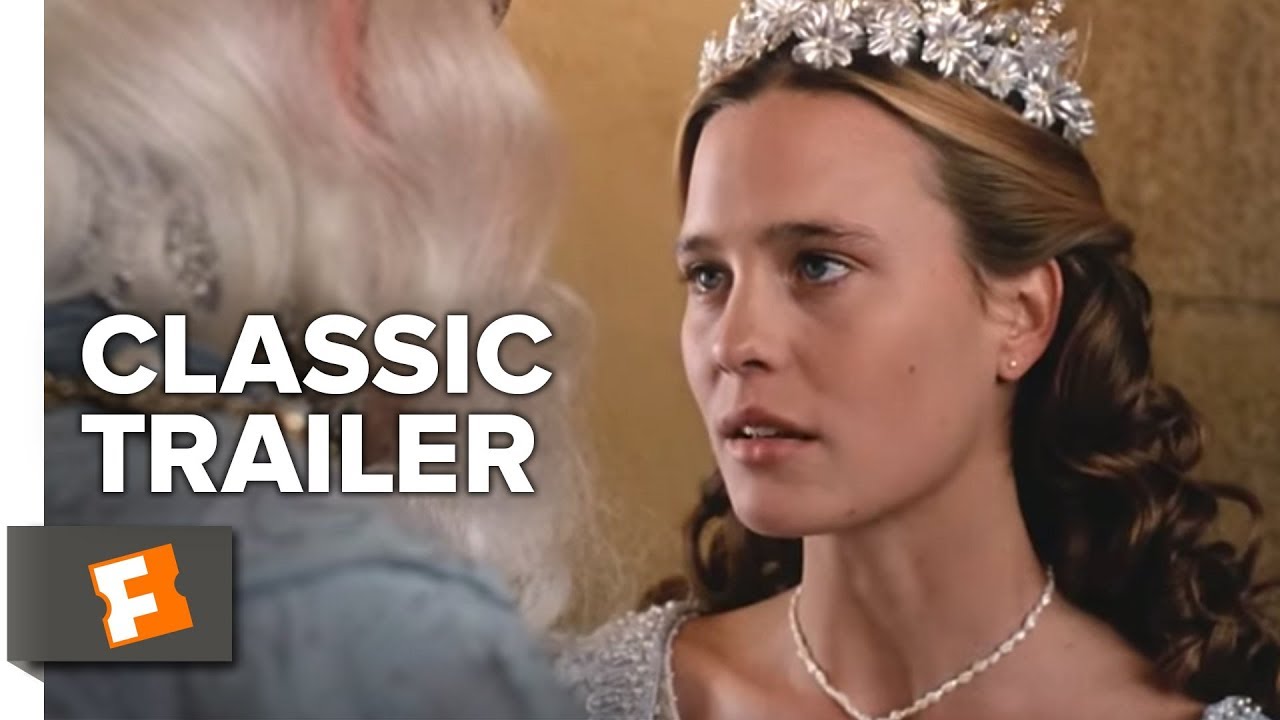 The two gelled well enough that Reiner hired him to adapt Stephen King’s Misery, which at the time was considered unadaptable, seeing how it primarily takes place in a single bed. Regardless, Goldman triumphed, delivering a critical hit that earned Kathy Bates an Academy Award.

Ever the unstoppable one, Goldman continued to publish outside of Hollywood, from a collection of sports writing (1988’s Wait Till Next Year) to a memoir that meditated on his judicial experiences at both Cannes and the Miss America Pageant (1990’s Hype and Glory).

Neither book saw him leaving Hollywood, as he once again became the go-to screenwriter. Throughout the ’90s, he wrote 1992’s Chaplin, 1994’s Maverick, 1996’s John Grisham adaptation The Chamber, 1996’s The Ghost and the Darkness, 1997’s Absolute Power, and 1999’s Nelson DeMille adaptation The General’s Daughter. 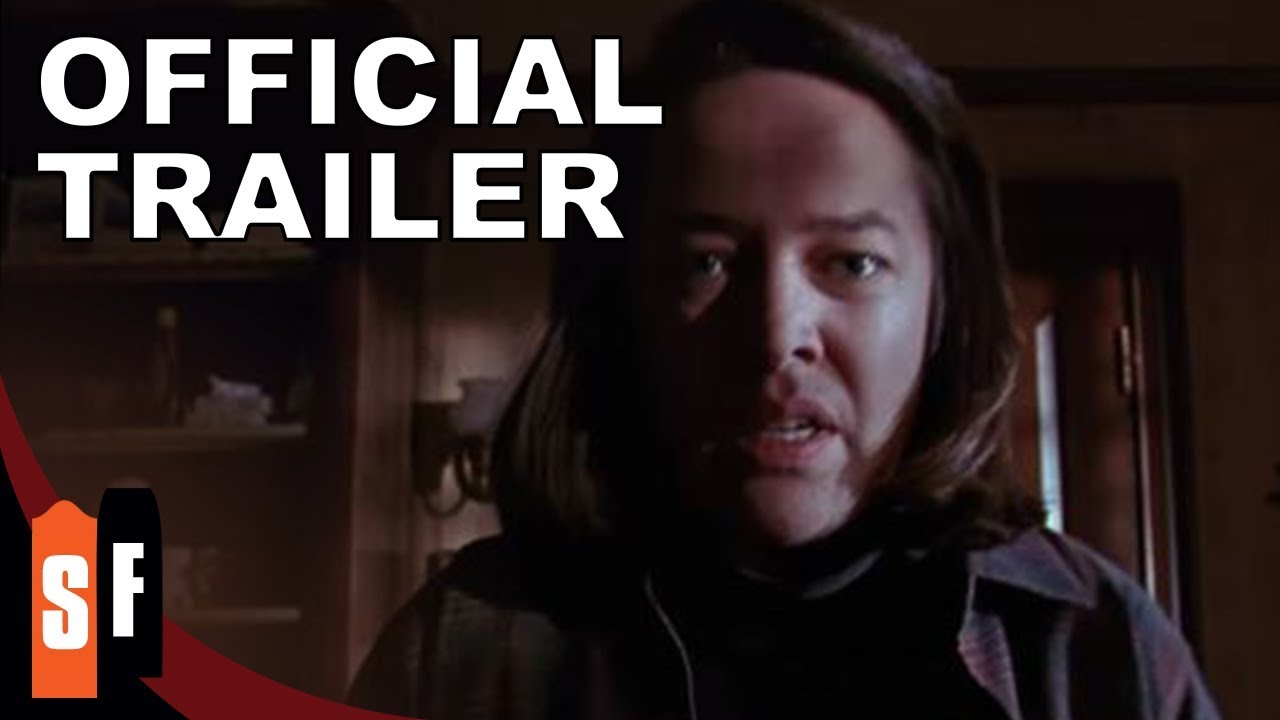 Despite tipping off the millennium with both 2000’s Which Lie Did I Tell? and 2001’s The Big Picture: Who Killed Hollywood? and Other Essays, Goldman enjoyed a very quiet decade for himself, which was spent solely with King works. In 2001, he adapted the Master of Horror’s not-so-horrific drama Hearts in Atlantis, and two years later, he’d be the unlucky one to try and make sense of King’s Dreamcatcher.

His love for King even extended back to his love for theatre. In 2015, he revisited Misery and adapted it for the stage, which went on to star Bruce Willis and Laurie Metcalf in roles that were played by James Caan and Bates, respectively. 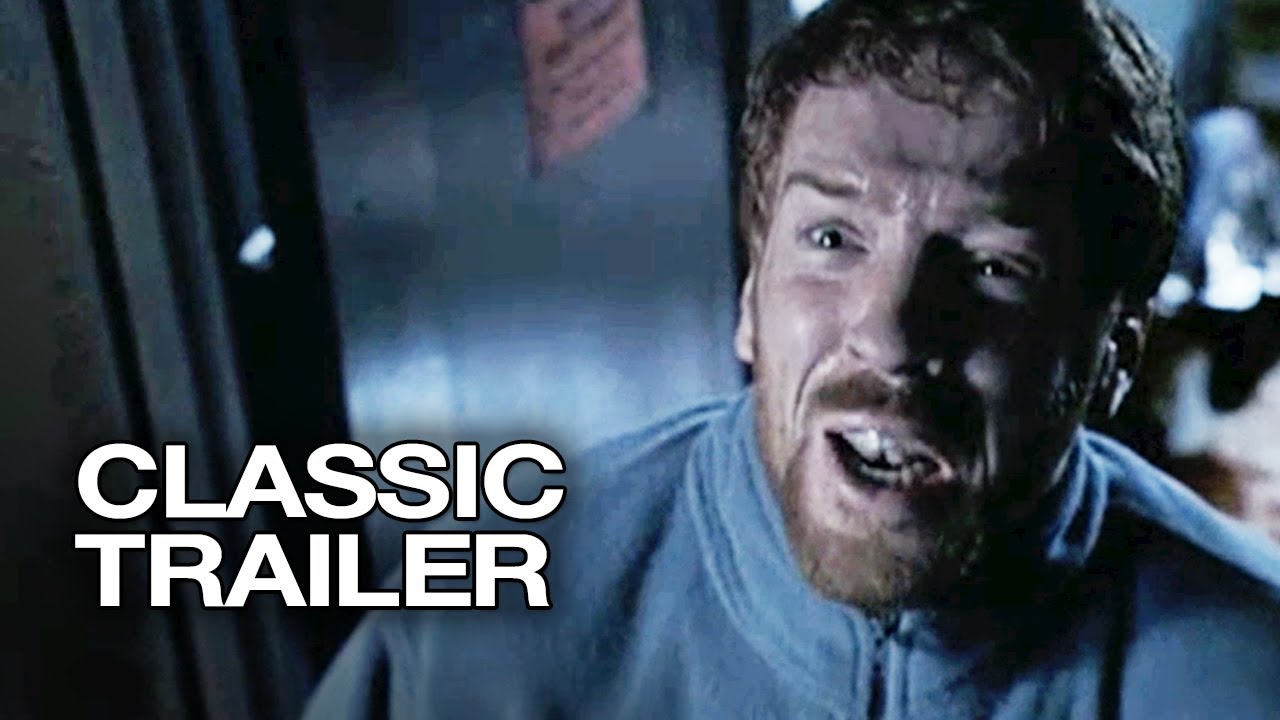 Goldman is survived by his ex-wife Ilene Jones and their two children Jenny Rebecca and Susanna. However, he is also survived by his work, from his iconic screenplays that continue to be taught in colleges across the world, to his outstanding books and memoirs that influence new creatives every day, to the dozens of un-produced screenplays sitting somewhere out there in a Hollywood vault. Who knows, perhaps there are more adventures to come in his screen trade.

After all, nobody knows anything.

William Goldman, one of Hollywood's greatest screenwriters of all time, has died at 87