Created by Mad Men mastermind Matthew Weiner, Amazon’s latest original series The Romanoffs debuted earlier this fall. Not only does the show boast a bevy of acting talent like Aaron Eckhart, Isabelle Huppert, and Christina Hendricks, but the soundtrack is equally star-studded as well. Tom Petty, Blondie, Kendrick Lamar, and more have contributed music to the show, and the most recent episode featured a brand new track by Regina Spektor called “Birdsong”.

It’s fitting that a Russian immigrant like Spektor, whose last album was 2016’s Remember Us to Life, should pen a song for The Romanoffs. The anthology series follows several characters who all claim to be descendants of the Russian monarchical family. Spektor may not be the heir to a throne, but she’s certainly piano pop royalty.

According to a press release, the collaboration between Spektor and Weiner came after the pair bonded at a pair of events, one honoring Orange is the New Black creator Jenji Kohan and producer Shonda Rhimes, and another being the American Academy of Poets’ 2016 Poetry and the Creative Mind. Their shared love of poetry, music, the creative process, and Paul Simon appearance all led to Spektor creating the song for episode six of Weiner’s program, “Panorama”.

Listen to the quick, beautiful “Birdsong” below. 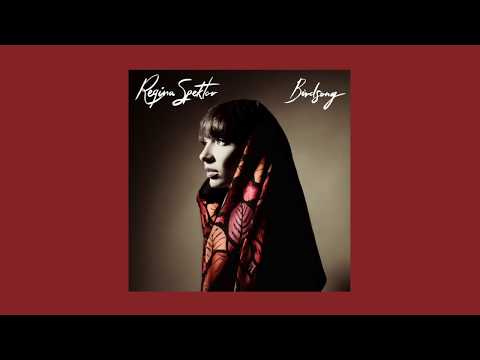 New episodes of The Romanoffs drop every Friday on Amazon Prime Video.