Earlier this week, Vince Staples vowed to release new music by the end of the week. He’s now made good on his promise: his new album, FM!, has arrived. Stream it in full below via Apple Music and Spotify.

This latest effort marks Staples’ third full-length to date following 2017’s exquisite Big Fish Theory. Its 11 tracks were produced mostly by Kenny Beats, who under his EDM-oriented Loudpvk moniker has worked with such artists as Major Lazer and The Chainsmokers. Special guest collaborators on the LP include Earl Sweatshirt, Kamaiyah, Kehlani, Jay Rock, Ty Dolla $ign, Tyga, and Lil Fade.

Staples has also shared a video for the album’s title track:

In an Instagram post announcing FM!, Staples posted a slightly tongue-in-cheek message about how the music is dedicated to his biggest fan (spoiler: it’s himself). “As artists we are nothing without the fans. I took time off from recording my next album to make a very special project dedicated to my biggest fan and supporter since day one,” he wrote. “He said he needed something that represented him and where he comes from so here it is. Thank you for years of loyalty, I do this for people like you.”

A press release describes FM! as “22 minutes of only music. No concepts, no elaborate schemes, just music. Because nowadays, who needs more bullshit?”. 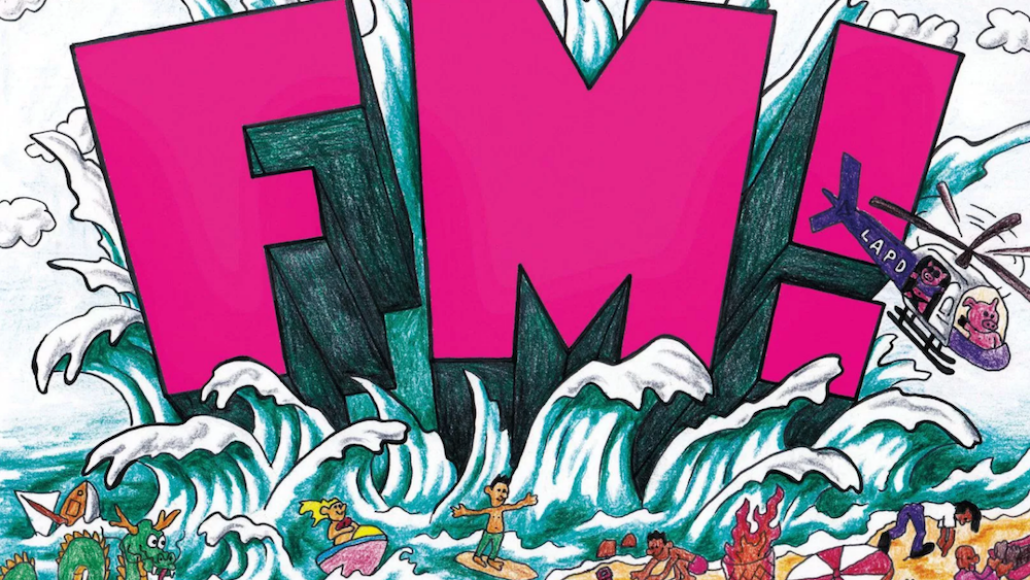 WOW! This new Vince Staples will feature the likes of California legends such as Vince Staples, Lil Fade, Kamaiyah, Jay Rock, T Raw, Vince from Poppy AND MANY MORE !!!