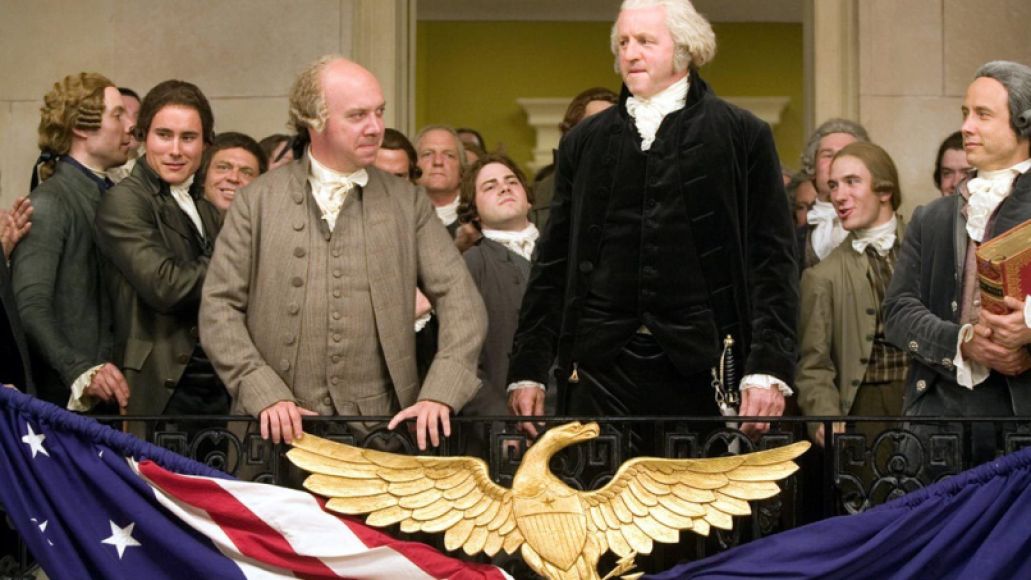 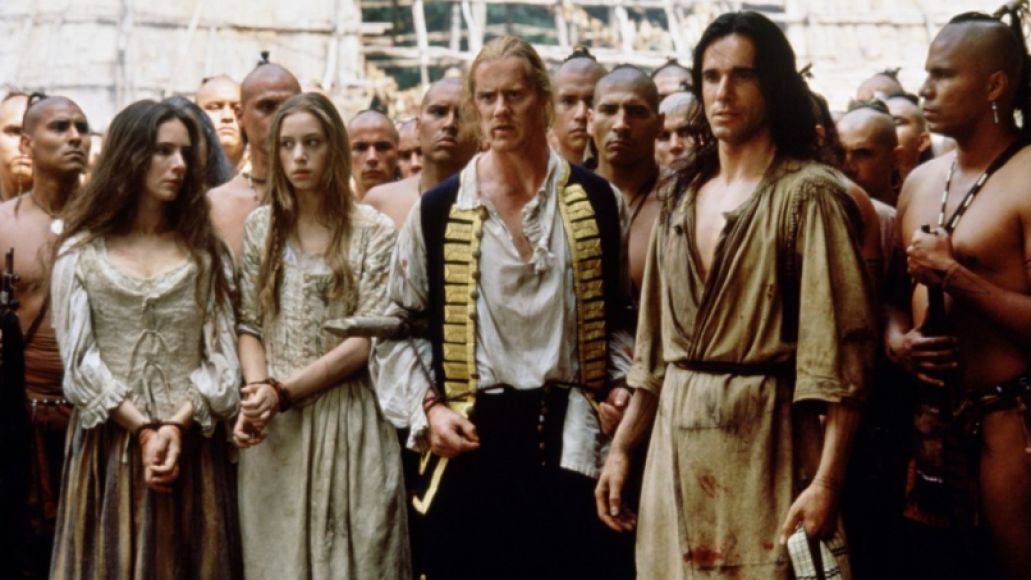 Filmmaker Michael Mann’s career in the ’80s was bathed in neon glitz and excess, starting with the just-plain-awesome Thief, detouring to TV with the Don Johnson-dominated Miami Vice, and ending back on the big screen with Hannibal Lecktor’s debut in Manhunter. It was obvious where Mann was headed as he entered into the next decade: the year 1757? Mann proved he was more than a one-trick pony with his adaptation of James Fenimore Cooper’s The Last of the Mohicans, a piece of historical fiction laden with action, romance, betrayal, romance, violence, and holy moly romance.

Is it historically accurate? Let me check my AP History notes…who cares? The fiction-based Mohicans is set in New York during the French & Indian War. After a betrayal by their guide Magua (Wes Studi), British troops are ambushed and slaughtered, leaving only the daughters of a Colonel (Madeleine Stowe, Jodhi May) and one British soldier alive. The reason for their survival? The badass Nathaniel “Hawkeye” Poe (Daniel Day-Lewis) and his family. A romance ensues amidst the backdrop of war, and with it comes the inevitable nightmares of loss on repeat.

Mann’s film doesn’t shy away from romanticism, even as it deals with death. This wouldn’t work if the chemistry between Day-Lewis and Stowe wasn’t smoldering as all get-out. The connection resonates immediately, as does the passion later on. Add that to the beautiful scenery (filmed in North Carolina), exciting action set-pieces, a classic score by Trevor Jones and Randy Edelman, and a 10-minute climax with no dialogue, and it’s clear that Mohicans is the best film of its historical period, and one of the best of Mann’s career.

Purple Heart: Were you expecting Dances with Wolves to at the very least receive this? Sorry to disappoint, but the runner-up goes to Arthur Penn’s Little Big Man. His 1970 western blends together comedy and unbearable tragedy as a 120-year-old Jack Crabb (played by an unrecognizable Dustin Hoffman) tells the story of his life as a young man (played by a recognizable Dustin Hoffman) with the Cheyenne and his many adventures. Penn’s movie tends to go unmentioned when talk of great ’70s films comes up, but that’s more a credit to the time period than it is to unforgivable or deliberate omission. It’s an all-timer from Hoffman and that is certainly saying something. 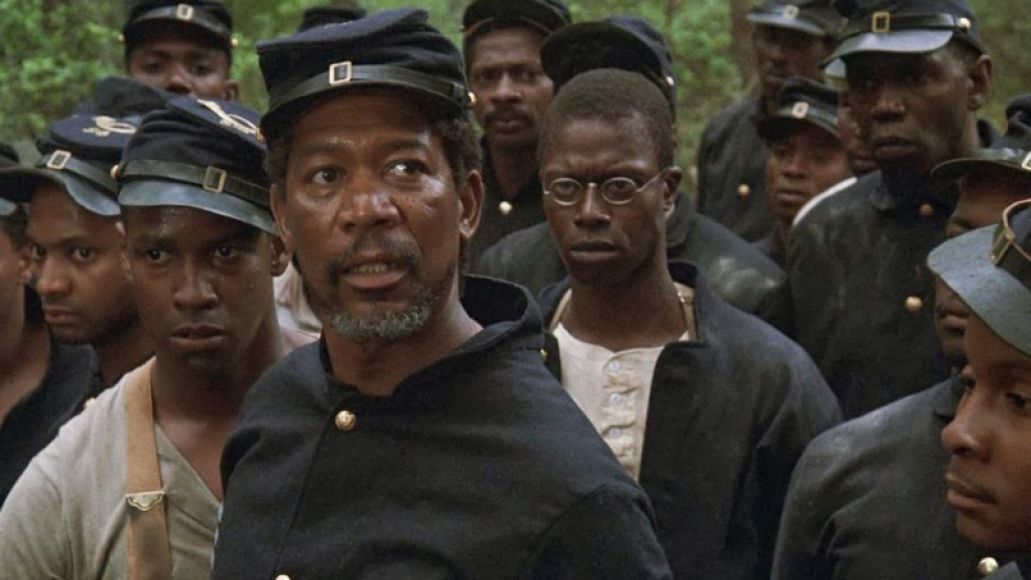 As Americans, we often try to tidy up the many bloody messes present throughout our checkered history. For instance, the modern view of the American Civil War tends to draw little dispute. To have fought on the side of the North in the effort to preserve the union and wipe the scourge of slavery from our lands is correctly seen, almost unanimously, as having been on the right side of history. However, no war, especially one that pitted countrymen, neighbors, and even kin against each other, can truly be rehashed that neatly, and one of the great achievements of director Edward Zwick’s Glory is that his film sheds light on a little-known moment in Civil War history in all its, yes, glory, but also in all its troubling and soul-searching complexities.

Glory tells the story of the 54th Massachusetts Volunteer Infantry, one of the first all African-American military units. As told through the eyes of white commanding officer Colonel Robert Gould Shaw (Matthew Broderick), Zwick shows us the unit’s struggles not only to earn the respect of their own Union forces – they are denied equipment, equal pay, and the opportunity to fight in battle – but to find solidarity and brotherhood among themselves. While Shaw’s role and significance can’t be removed from the story, the true drama plays out between young former slave Private Silas Tripp (Denzel Washington), older escaped slave and gravedigger Sergeant Major John Rawlins (Morgan Freeman), and educated freeman Corporal Thomas Searles (Andre Braugher), who grew up comfortably as Shaw’s friend. It’s not until they face their common enemy in battle that the three black soldiers, Tripp in particular, truly understand that their differences don’t change the fact that the same duty now calls all three of them, as well as Shaw.

Glory was nominated for five Oscars and won for Best Cinematography, Best Sound, and, most notably, for Best Actor in a Supporting Role, the award going to a young Washington for a performance that launched him into the Hollywood stratosphere. While some have criticized the film – most notably the still-boyish appearance of Matthew Broderick, though the real-life Shaw looked similar (call it the Ferris Effect) – most choose to remember Glory for scenes like the rousing sendoff the 54th receive from white Union soldiers and the majestically shot nighttime beach storming of Fort Wagner; for the tense and tender moments shared between Washington and Freeman; and for shining a light on a number of largely forgotten heroes of American history.

Purple Heart: There’s no shortage of ways to tackle the Civil War as a filmmaker. Director Ronald F. Maxwell twice took to the battlefields with the sprawling epics Gettysburg (1993) and its prequel, Gods and Generals, a decade later. Spielberg’s Lincoln focused more on the political maneuvering behind the Emancipation Proclamation. But we’d be most remiss if we didn’t mention Ken Burns’ 1990 award-winning, nine-volume treatment of the Civil War. For multiple generations, Burns has laid out the definitive telling of our nation’s deepest divide.