The Toy Story series is already one of the world’s leading providers of heart-wrenching crying jags from kids and adults alike, Pixar’s animated films about a family of sentient toys tugging on the heartstrings of emotionally vulnerable audiences for decades. If Toy Story 3‘s beautifully poignant ending got you where you lived, pack some extra Kleenex for the upcoming Toy Story 4 – it’s so sad, even Tom Hanks got choked up.

The Oscar-winning actor and future Mr. Rogers graced The Chris Evans Breakfast Show on BBC, where he talked about the unexpected difficulties of recording his final lines as Woody. When it came time to record the film’s ending, Hanks found himself unable to look at everyone else in the room:

“The way you record Toy Story, you’re in a room with the team that has created it. When I went in for my last day of recording, I wanted to have my back to them, because usually you’re facing him so you can look right up and you can talk about it. But I didn’t want to see them and I wanted to pretend they couldn’t see me. When I realized what they were going for, I realized, ‘Oh, this is a moment in history.'”

Based on the screen veteran’s reaction, a ‘moment in history’ seems fairly appropriate, and yet leaves Pixar fans wondering what the fourth film will entail.Toy Story 3’s graceful, emotional ending offered a bittersweet conclusion to the adventures of Woody and the gang – Andy passing them off to a new, younger child who could grow up with them all over again. Pixar would need a damn good reason to return to theToy Story well, and based on Hanks’ reaction, they may well have found it. 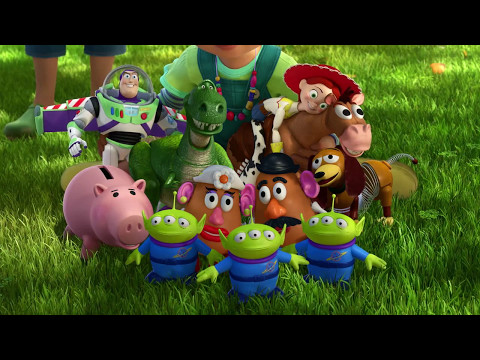 It’s a relief, too, since Toy Story 4 has had the kind of rocky production history typical of recent Pixar efforts. At first, the film’s script was to be written by Rashida Jones and Will McCormack, but they departed the project amid issues with Pixar’s culture; the new script will be written by Stephany Folsom, and allegedly involves the search for Annie Potts‘ Bo Peep, who was missing in the third film.

(Read: Every Pixar Movie from Worst to Best)

Whatever Folsom has committed to the page, it’s apparently poignant enough to bring America’s Dad to tears. As a nation, we’d better be prepared when Toy Story 4 comes to theaters June 21st, 2019.