Earlier this month, The Jimi Hendrix Experience’s 1968 double album, Electric Ladyland, celebrated its 50th anniversary with a new box set featuring previously unreleased demos, alternate takes, and a live bootleg. Pick up a copy here or stream the album in full below.

There’s an energy to Jimi Hendrix that you won’t find elsewhere. It’s technical prowess with a grin-and-shrug attitude, a style of cool that infects anyone in range. His fluid sound is admittedly smooth for how much it rolls and crashes like waves. The man was capable of making his guitar conjure up anything, whether it was a feverishly distorted psychedelic wilderness or the charming take of a jive poet over the sound of a blues-rock dissection.

Hendrix belongs in movies because there’s an immediate understanding between the filmmaker and viewer. Whether the onscreen characters rely on Hendrix’s catalog or the scene reveals freedom, truth, or action by way of the track’s sly and unruly sound, Hendrix delivers in full. You hear a man who was more than his music, and his music sounds like more than one man.

He makes movies better because he embodied a category of verve that didn’t have an obvious runner-up. His songs belong where they are in films because, at some point, the director had to ask, “What else would even work there?”

These are 10 movies where nothing else would. 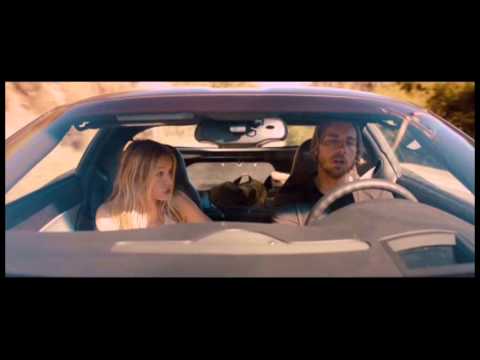 Sometimes, Jimi Hendrix is welcomed to a movie scene simply because there’s action. While this film doesn’t have layers to its inclusion of Hendrix, “Voodoo Child (Slight Return)” certainly does make this scene better. After his criminal past (and former underworld associates) catches up to Charlie Bronson (Dax Shepard), he has a lot of explaining to do to his very surprised and obviously ticked-off girlfriend, Annie Bean (Kristen Bell) — in the middle of a car chase.

The guitar’s opening riff playfully sneaks its way into the argument scene’s tail end, hinting at coming change in scenery. The rest of the band comes in as Bronson, once a getaway driver, barrels off the road and onto an abandoned military base. Thus comes a car chase that could double as a car commercial, with Bronson readily handling his vehicular maneuvers and Hendrix handling business on his guitar — an exercise in mastercrafts that looks and sounds fun as hell. Sometimes, that’s all you need from Hendrix. 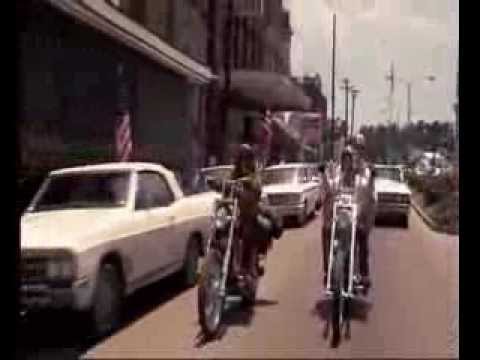 What movie better embodies the new freedom that the 1960s delivered? The suburbs became a dated option instead of the future, and sexual intimacy evolved into a free-loving spectrum — all to the begrudging bewilderment of the straight-laced generation before them. The power in America shifted in a way, and older denizens were dumbfounded by the proud freak flag of weird and wild. At a glance, it was the same country, just flipped on its head. So when the ultimate counterculture cinema experience came in the form of Easy Rider, a song like Hendrix’s “If 6 Was 9” was surely a necessary add.

As uninhibited bikers Wyatt (Peter Fonda) and Billy (Dennis Hopper) prowl the cities and countryside of the American landscape, with add-on George Hanson (Jack Nicholson), Hendrix sings: “White-collar conservatives flashing down the street/ Pointing their plastic finger at me/ They’re hoping soon my kind will drop and die/ But I’m gonna wave my freak flag high.” Like a singing statesman of the scene, Hendrix coolly and confidently declares he can handle what’s coming at him and the country itself, all as the easy riders of the movement keep on. 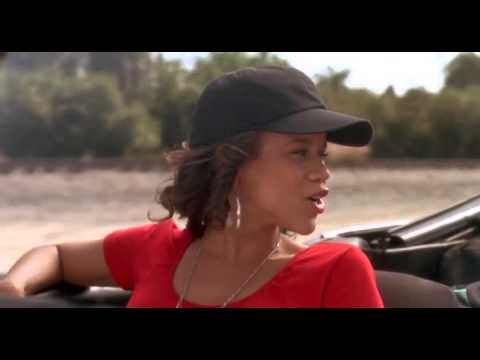 Even a legend like Hendrix, as widely beloved as he was and continues to be, transcending the boundaries of selected group interest, could prove an especially sacred icon, one that comes with fan-installed boundaries. Such is the case when Sidney Deane (Wesley Snipes) hears “Purple Haze” coming from the car stereo of Billy Hoyle (Woody Harrelson) while Hoyle’s girlfriend, Gloria (Rosie Perez), rides shotgun. Perplexed by a dude as white as Billy being a fan of Hendrix, Deane inquires why and gets a stuffy generic reply of “I like to listen.” Deane is beside himself, witnessing a white man who can’t jump toss back the most throwaway of answers. It’s the absolute minimum effort of reasoning for a music fan, and Hendrix is owed more. Hendrix deserves to be felt, breathed in like air, not studied as a test. Deane explains further, “There’s a difference between hearing and listening. See, white people, ya’ll can’t hear Jimi. You’re listening.” But then he gets a lesson of his own when Gloria tells him that Jimi Hendrix had a white drummer. It’s a conversation that reveals the racial politics at play in the movie while showcasing the dynamic of the characters, all thanks to a Jimi Hendrix song.

In a Cameron Crowe flick, no song is just thrown in. Each and every track is selected, reviewed, and debated before making the cut — unless, of course, there’s a song that’s simply destined to be in there. This is one such jam. In fact, it may be the most important tune in the movie (and I say that as someone with a serious love for Paul Westerberg’s “Dyslexic Heart”). In the film, Linda Powell (Kyra Sedgwick) and Steve Dunne (Campbell Scott) are reluctant romantics, unsure what the future holds for them and hesitant to find out. While the two do dishes together, a dish slips and smashes across the kitchen floor. As they clean up the mess, the pair wistfully recount their lessons learned from relationships long done, all while a beautiful song aptly named “May This Be Love” plays in the background.

Linda finally sighs and admits, “Oh, I love this song.” Steve has no response. Instead, he watches her drift off into her own memory bank as he too settles into himself. Then that moment — the moment! — breezes in and a kiss seems imminent and inevitable, there in a Gen X apartment with their backs against the cabinets, feet draped across the linoleum floor. As they lean in toward each other, their eyes sparkling, Linda suddenly remembers her laundry and tears herself away. Steve’s left frozen, bewildered by the present, even if it seems familiar and obvious, as Hendrix sings: “I can see my rainbow calling me through the misty breeze of my waterfall.” Even when your surroundings seem perfect, there may be more distance to cover. 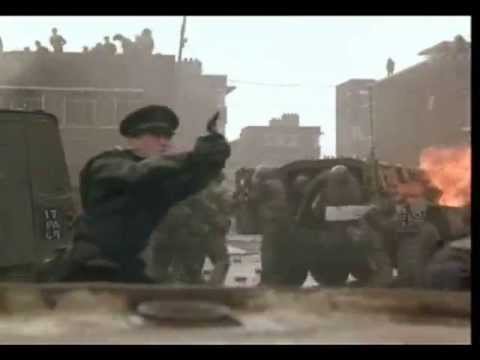 While stealing metal roofing from homes in Belfast, Gerry Conlon (Daniel Day-Lewis) finds a moment of levity in a city besieged in a war between British forces and the Irish Republican Army. Conlon uses a busted pipe as a guitar to act like he’s playing Hendrix’s “Voodoo Child (Slight Return)” when a British patrol squadron mistakes his fake musical instrument as a real gun. They open fire and Conlon scatters with his friends as Hendrix’s song wails into the movie. The young men are effective in their dodging through locals’ households and the narrow streets and winding alleyways in between, keeping their cool in the chaos.

Meanwhile, Hendrix’s assertive voice against the riotous music lends itself to the frantic scene; Hendrix sings, “I’m a voodoo child!/ Lord knows I’m a voodoo child, baby!” By the time the square in Belfast devolves into a full-blown riot, courtesy of Conlon’s equally fed-up neighbors, Hendrix is going to town on his guitar. Bricks fly onscreen as a psych-rock solo wails over it, and you feel a winning smile creeping up on at least one of the Irishman, even as the brute force of Britain comes at him — all because Hendrix can shred his guitar like a wild animal he’s successfully taming. Let the rowdy come; there’s a lesson to be had. 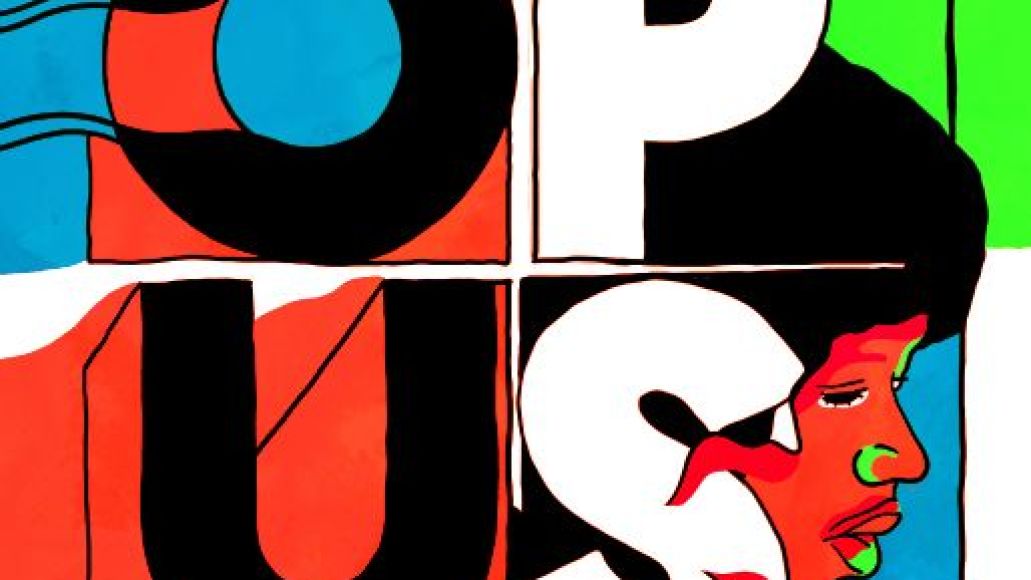 Consequence of Sound and Sony bring you an exploration of legendary albums and their ongoing legacy with The Opus. The second installment revolves around Hendrix’s Electric Ladyland in conjunction with the new 50th anniversary reissue. Purchase a copy here and subscribe to the podcast.