From 1993 to 1996, Nickelodeon aired a funny, surreal, heartfelt little show by the name of The Adventures of Pete & Pete, a delightfully quirky look at life in suburban New York and the fun-filled adolescences of two brothers named Pete (Danny Tamberelli and Michael C. Maronna). The show (and their lives) were filled with colorful characters, smart writing, and the occasional life lesson peppered in for good measure — think The Wonder Years for the MTV Generation.

At that time (or any other), not many kids’ shows were including visual references to Citizen Kane while concocting nonsense phrases like “Kreb Scouts” and “Operation Tapioca”, resulting in that rare kind of television alchemy that lingers on in those who grew up watching it. Guaranteed, if you spent your childhood watching Pete & Pete, the opening strains of house band Polaris‘ catchy theme song, “Hey Sandy”, will soon be popping into your head.

We here at Consequence of Sound are no strangers to the Petes. As recently as 2014, we hosted a live episode of Tamberelli and Maronna’s long-running podcast, The Adventures of Danny and Mike, alongside a reunion set from Polaris, which is available as a double-CD here. Oh, and did we mention that we actually spent that crisp fall afternoon playing dodge ball with the Petes themselves?

Still, with the 25th anniversary dropping recently, we decided to pop back to Wellsville to see what everyone’s up to — and asked both the Petes to weigh in on some of their castmates’ whereabouts. 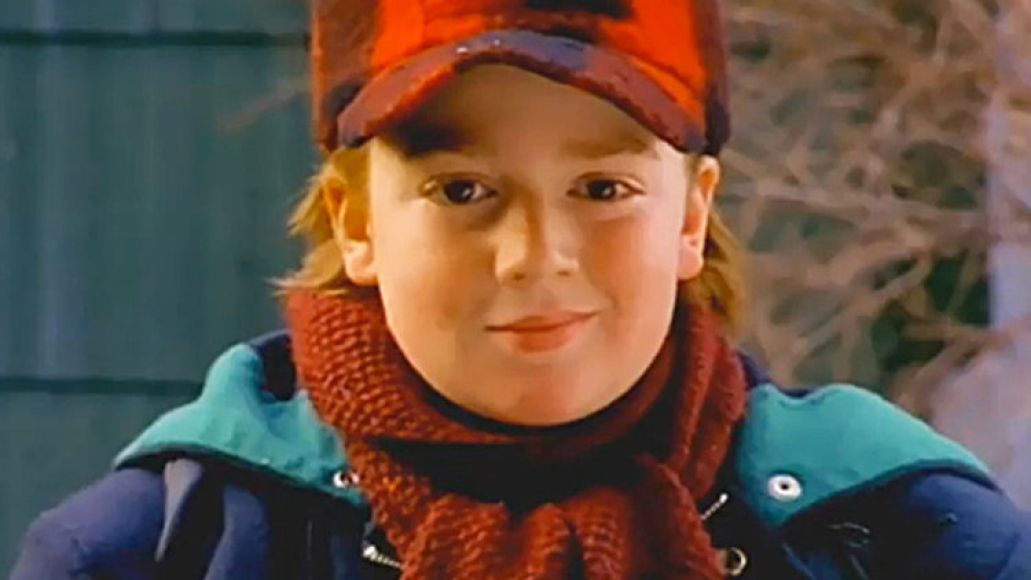 Last Seen: Danny mostly keeps busy with regular episodes of The Adventures of Danny & Mike, as well as gigs with his band, Jounce; however, he still finds time to guest on shows like The Special Without Brett Davis and do voice work for Grand Theft Auto V.

With his teenage bluster and big personality, Little Pete was a brilliant foil for the buds, bullies, and parents that surrounded him in Wellsville. While the Pete & Pete days are long behind him, Tamberelli keeps his love for the show alive with the podcast he runs with Maronna and by keeping regularly in touch with his other castmates. “We all had a great experience,” he says of his time on the show.

From the Mouths of Petes: After Pete & Pete wrapped, both Petes separately moved to New York, which meant running into each other in unexpected ways. Tamberelli, in particular, remembers one morning when he was hungover after a concert in Williamsburg, and Maronna caught up to him while he got sick between two cars. “I’m doing great!” Tamberelli managed to say after Maronna asked how he was doing; after that, they managed to stay vaguely in each others’ orbit until they started doing Pete & Pete reunion shows in 2010, leading to the creation of their weekly podcast, The Adventures of Danny & Mike, in 2014.

His dynamic with Maronna, especially, is still pretty close to that sibling relationship their characters enjoyed. “I met him in those formative years, and 25 years later we’re still working together, cracking jokes with each other, and making fun of each other.” 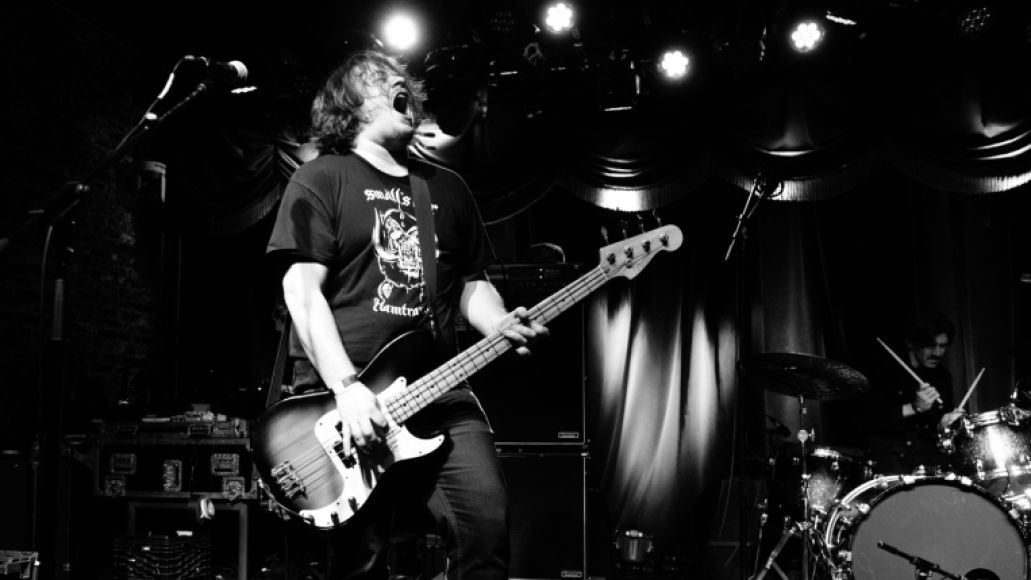 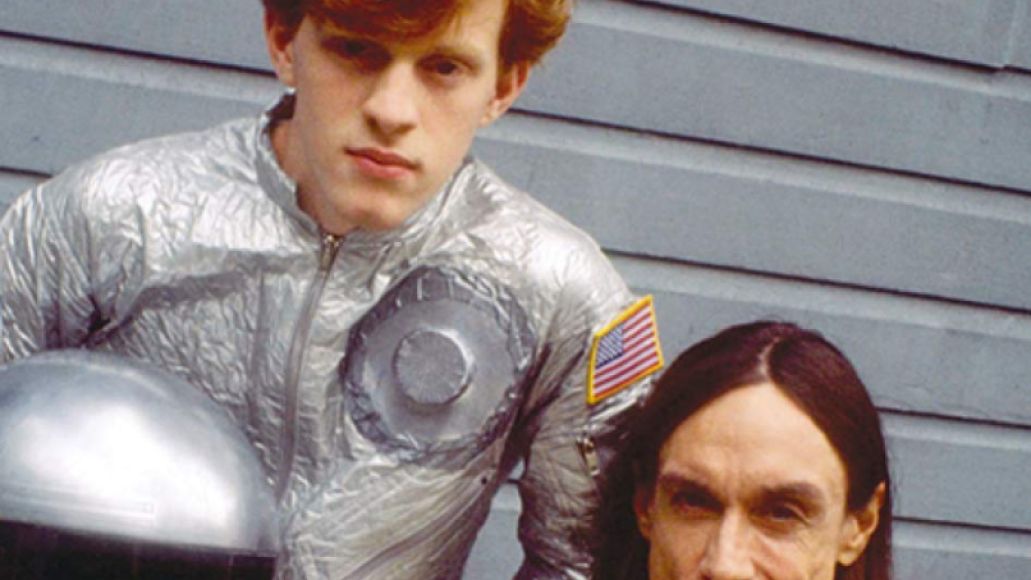 Last Seen: As the other, taller half of The Adventures of Danny & Mike, as well as a steady career as an electrician on films and TV shows like Elementary, Jessica Jones, and Luke Cage. His most recent role to date is in the 2004 buddy comedy Men Without Jobs.

The very model of adolescent awkwardness, Maronna’s Big Pete was our narrator, the voice of the show. The serious, earnest voice of reason amongst all the quirky chaos of Little Pete and his friends, Big Pete was a wonderfully droll window into the absurd world of Wellsville. At the same time, his shyness around girls, the torment he faced from bullies like Endless Mike and Open Face, and distanced observation of the world around him were painfully relatable to a lot of kids watching the show.

From the Mouths of Petes: Maronna also looks back fondly on his time with Pete & Pete, especially his friendship with Tamberelli. In another instance of fate bringing the two back together after the show, Maronna recounted a 1997 story in which he ran across Danny at an audition when he was a bike messenger. His bike had just been stolen, and Danny’s father (who’d driven him to the audition) was kind enough to give Maronna a ride home. “It was almost as if Danny was engineering these meetings to eventually start the podcast,” he says.

Four years into the podcast, The Adventures of Danny and Mike regularly tours around the country; the pair just finished a Midwestern tour, including a Chicago show at Beat Kitchen that was “probably one of our more fun shows,” according to Maronna. He also recently appeared at the UCB in Hell’s Kitchen for their Adult Spelling Bee: “I didn’t lose, but came in third or fourth place, I think,” he says. The most challenging words he faced? “Loquacious, or interminable, maybe.”

He and Danny also continue to do plenty of reunions over the years, including shows at the Bowery and various comic book conventions. 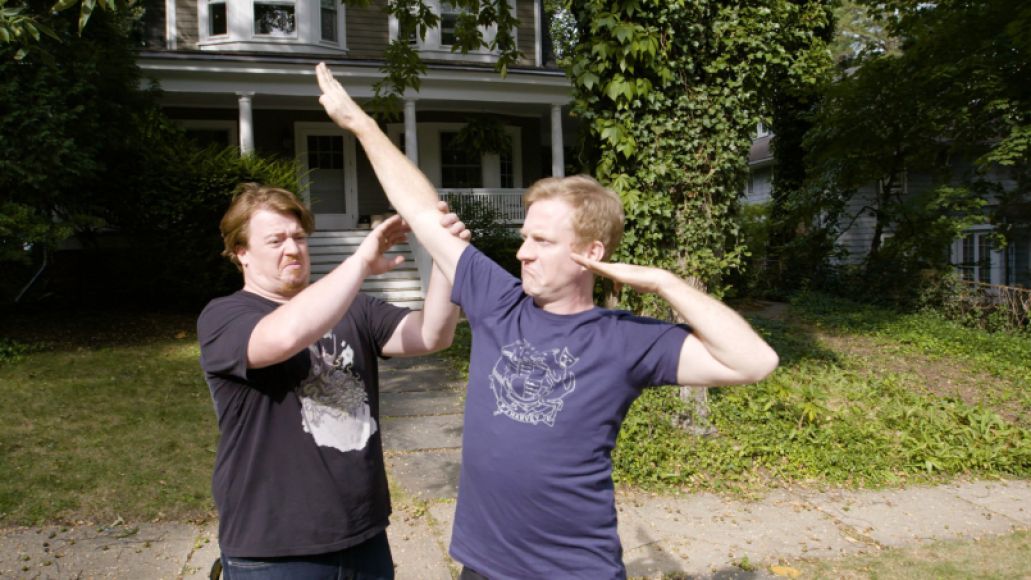 ARTIE, THE STRONGEST MAN IN THE WORLD 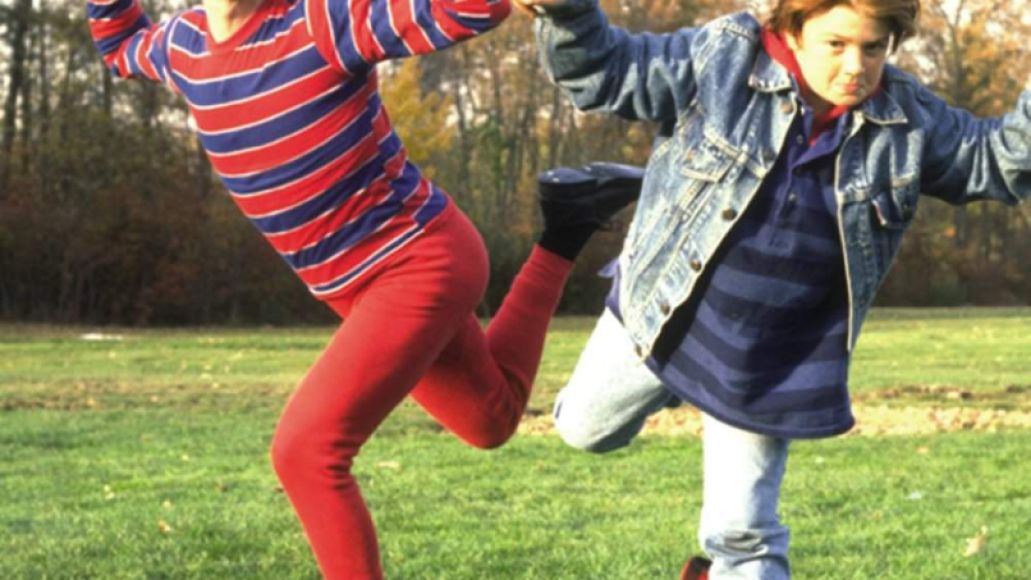 Last Seen: Ray in the most recent Halloween remake, as well as the films Destroyer, The Front Runner, and the TV series Sacred Lies. (He’s a busy boy.)

“Pipe!” As The Strongest Man in the World, Artie was one of the few non-parental adults allowed into the kids’ orbit, and he was a rubber-faced delight in every episode. While he was only in the first two seasons of the show, Little Pete’s personal superhero was the kind of cool grownup every kid wanted as their imaginary friend. Of course, now Toby Huss is a bona fide character actor, working in everything from comedy (The Spoils of Babylon, Reno 911!) to dramas like CoS favorite Halt and Catch Fire and the million projects he has coming up this year.

From the Mouths of Petes: He also keeps in regular touch with both of his “little vikings.” Maronna just worked with him on the upcoming series Dickinson while Tamberelli recently had him and his wife over for dinner at their apartment. Says Tamberelli of Huss’ talent, “He’s Philip Seymour Hoffman without the drugs — he’s so great at what he does, an incredible actor with none of the hangups.” 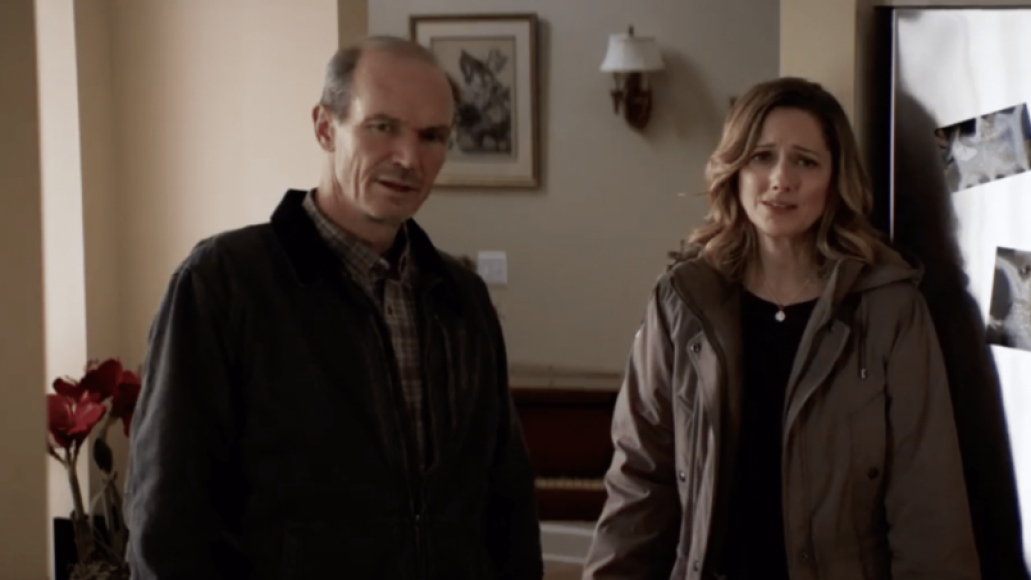 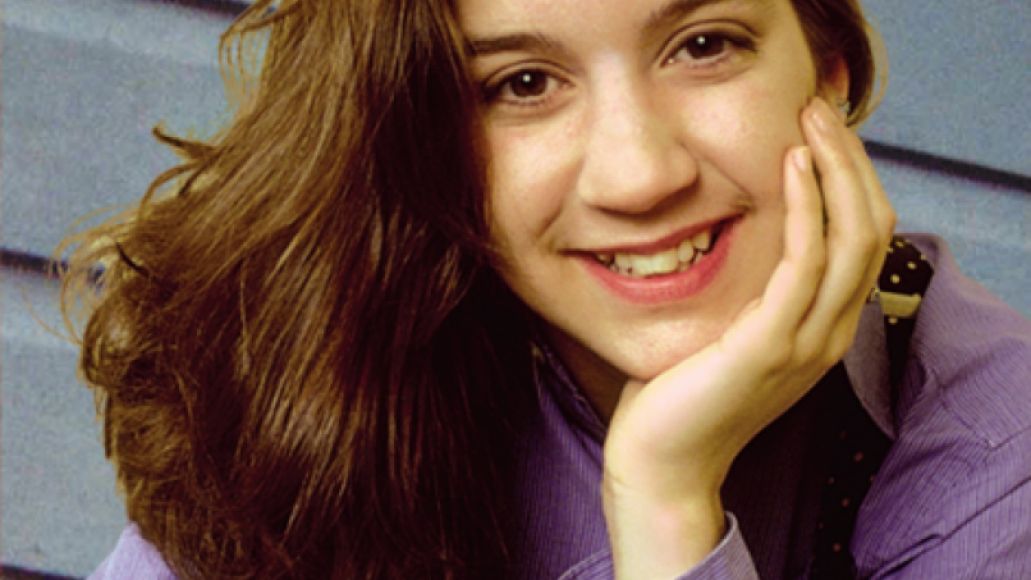 Big Pete’s best friend (and someone he describes as “a girl and a friend, but not a girlfriend,” Ellen was the type-A, obsessive member of the Petes’ inner circle, who provided some wonderful moments for Big Pete to grow emotionally. (Or just obsess over her.)

From the Mouths of Petes: While Fanelli is out of the acting game, she’s now a skilled pediatric surgeon, something Maronna notes with great pride. 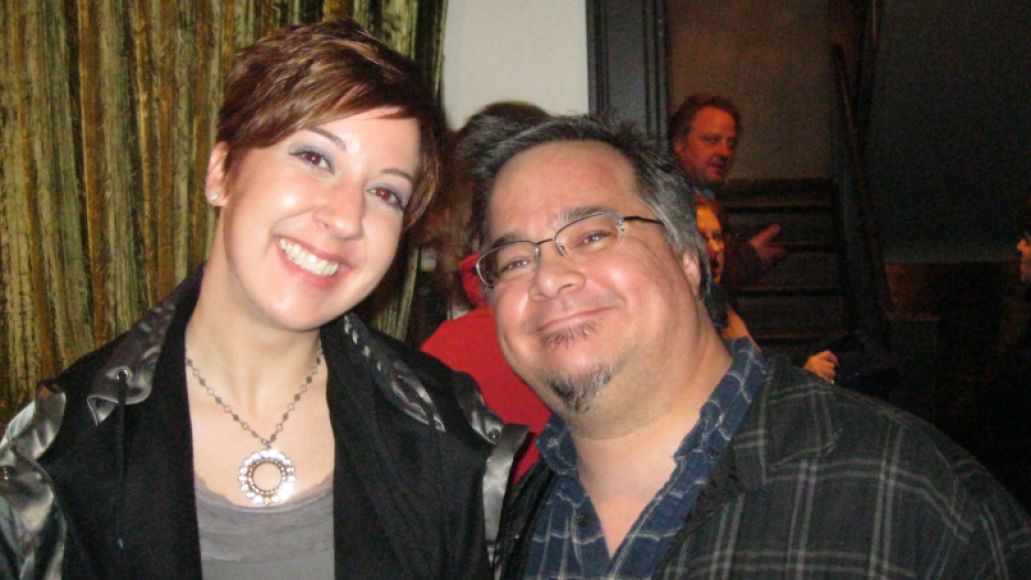 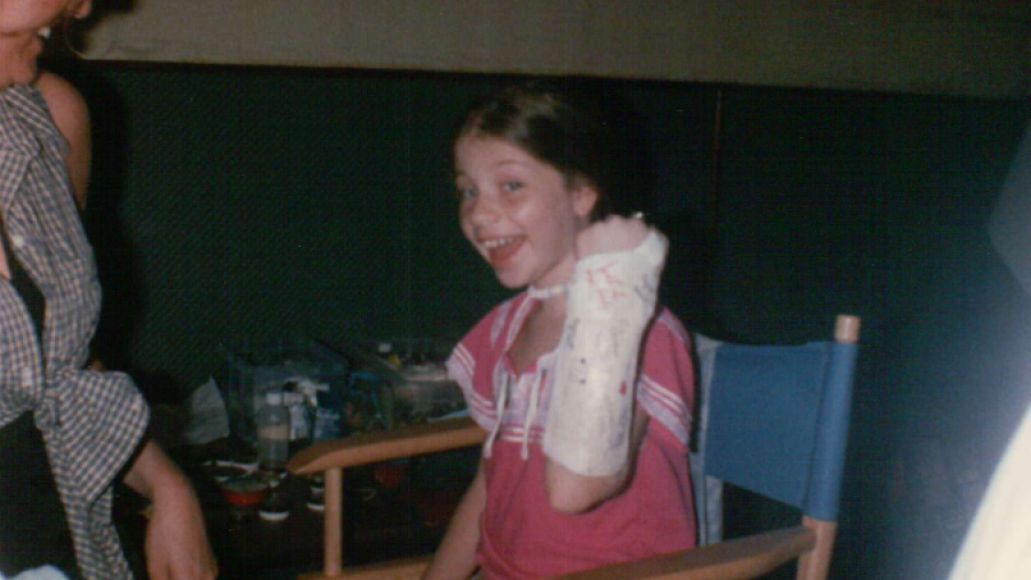 Last Seen: Voicing the lead on the animated series Human Kind Of, as well as the lead in the short-lived TV series Guidance and the Hallmark Christmas movie The Christmas Gift.

Little Pete’s best friend, the talkative, assertive Nona always had a cast on her arm and a twinkle in her eye. She was one of the more bubbly, effervescent members of the cast, always trying on new characters and new alternatives for her middle name (Frank, Forklift, Fahrvergnügen).

From the Mouths of Petes: Trachtenberg was one of the other actors who leapt to stardom after the show, with the Nickelodeon film Harriet the Spy and a regular role on Buffy the Vampire Slayer. Nowadays, she’s still busy with TV series and television films. Maronna and Tamberelli don’t keep in touch with her much anymore, but they’re proud of her success. “She’s a phenomenal actress,” says Maronna. 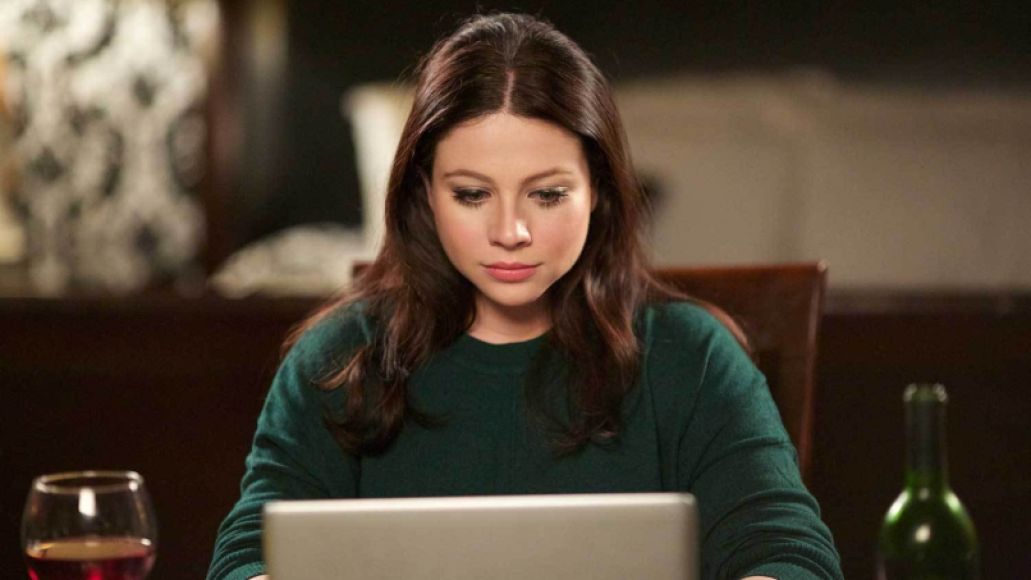 Michelle Trachtenberg in The Christmas Gift 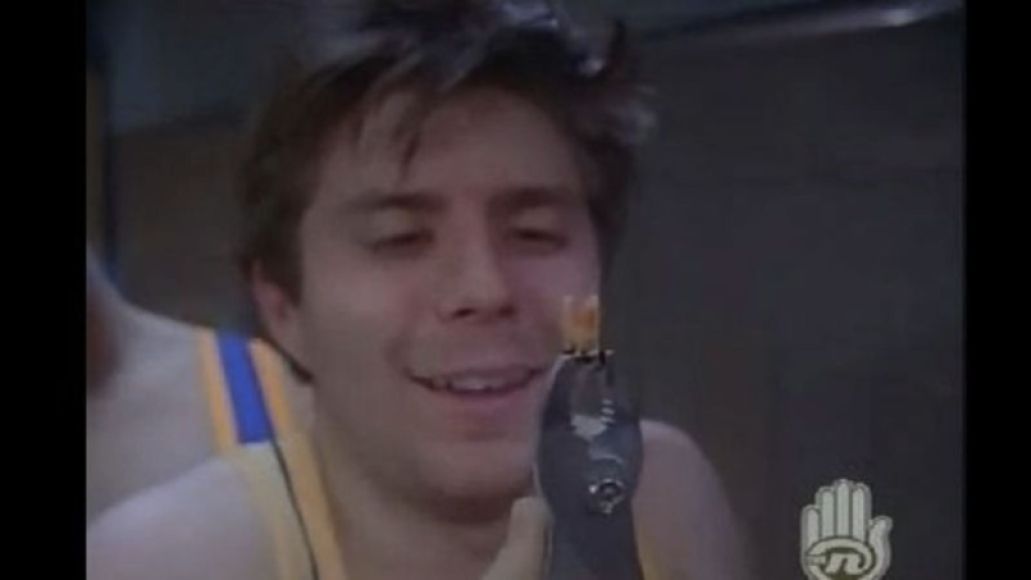 Last Seen: In a regular role on the short-lived NBC series The Crossing this year, as well as a long-running,recurring turn on the FX series Justified.

One of the most indelible bullies on the show, “Endless” Mike was Big Pete’s arch-nemesis, a tyrant of almost inexplicable malice toward Big Pete and his friends. He was the classic “peaked too early” kid, who had a car and ruled over shop class with an iron fist, the kind of kid we all hoped we could avoid in the halls. Without bad guys like Endless Mike, the Petes wouldn’t have had nearly as … well, entertaining a childhood.

From the Mouths of Petes: Gomez has himself gone on to a respectable career in films and television, and the Petes delight in seeing him in the odd thing here and there. Maronna drolly noted of Gomez, “I just saw him in something terrible – that Transformers movie, dressing down Shia LaBeouf. But good for him, though.” 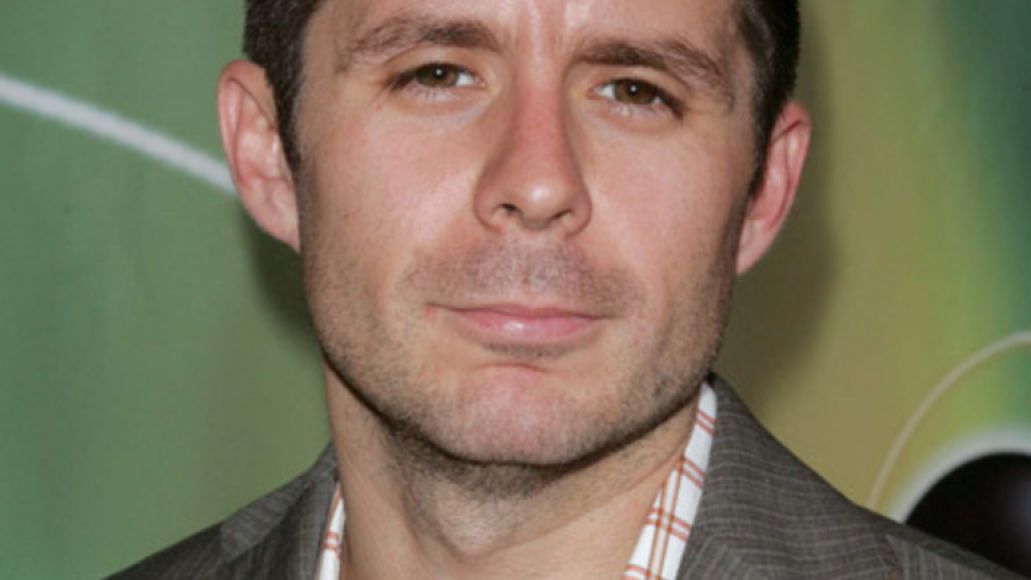 Last Seen: Twenty years after the show, the band reunited, toured, and released a cassingle of two new songs. The band’s members are still playing gigs and recording today. Mulcahy released a celebrated solo album just last year, The Possum in the Driveway, and dropped in as a guest on the last J Mascis record. Ohlenbusch plays in multiple groups in Northampton, Massachusetts, recording much of his own music with his band Gentle Hen, including this year’s Be Nice to Everyone.

Comprising three quarters of indie outfit Miracle Legion, Polaris is just as much a part of the show’s fabric as its rich ensemble of characters. That classic ’90s alt-rock theme song remains a fundamental moment for Pete fans, and their incidental music — found on Music from The Adventures of Pete & Pete — kept the show firmly grounded in its offbeat, coming-of-age atmosphere.

From the Mouths of Petes: Tamberelli and Maronna still see the band every once in a while; Tamberelli sings the praises of Possum in the Driveway – “It hasn’t left my car since I got it” – and Maronna loves when the band comes out on tour with them every once in a while, whether it’s at Lincoln Hall or Toad’s Place in New Haven, Connecticut. Once, he even came up on stage to perform with them. “I played terribly, of course,” he says. “Everyone else was good, though.” Oh, Big Pete. 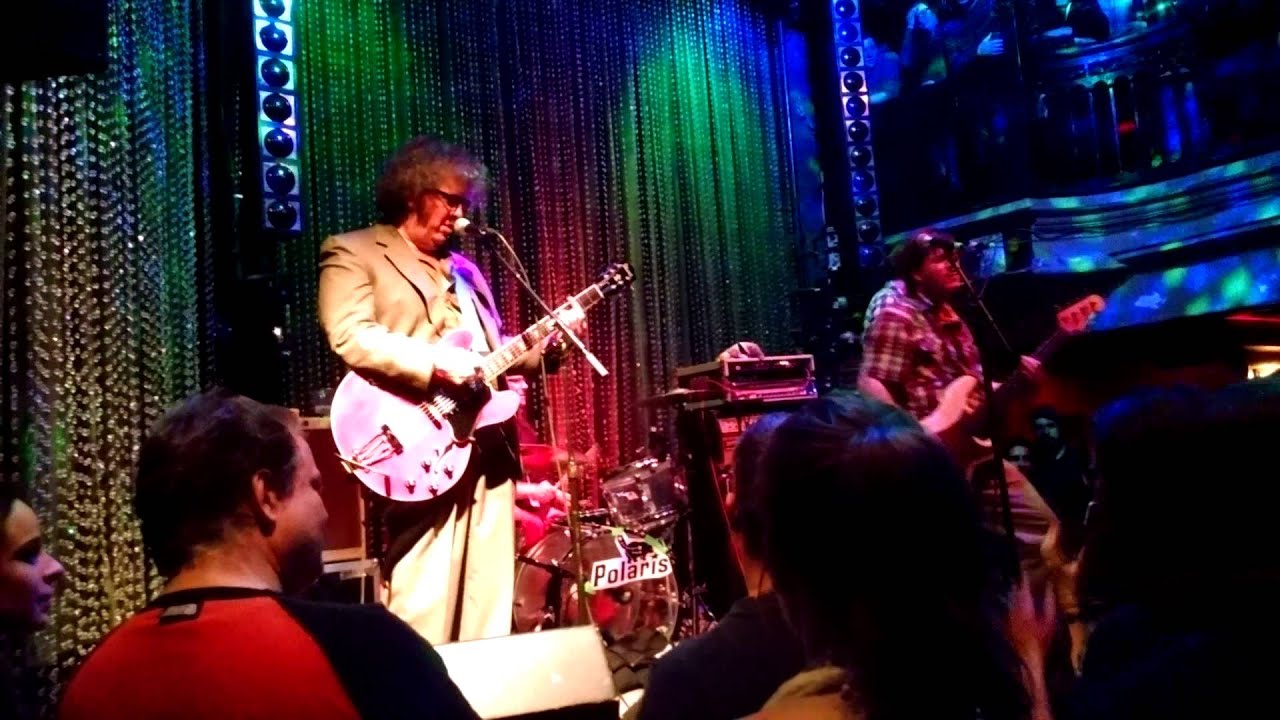 Whatever Happened to Tales from the Crypt?

What Ever Happened to the Cast of Honey, I Shrunk the Kids?

What Ever Happened to the Kids from Nickelodeon's All That?

Catching Up with the Cast of The Adventures of Pete & Pete