After taking a one-year hiatus in 2018, Chicago Open Air will return in 2019 as a two-day festival headlined by System of a Down and Tool. The event will take place May 18th-19th at SeatGeek Stadium (formerly Toyota Park) in Bridgeview, Illinois.

Unlike promoter Danny Wimmer Presents’ other recently announced May festivals — Sonic Temple, Welcome to Rockville, and Epicenter — which include dozens of acts each, Chicago Open Air will feature a much more streamlined lineup, with seven bands playing each day.

Day 1 (May 18th) is headlined by System of a Down and also boasts sets by Ghost, Meshuggah, Beartooth, Code Orange, Knocked Loose, and Vein.

The Day 2 (May 19th) bill is topped by Tool, with The Prodigy, Gojira, In This Moment, Fever 333, The Black Dahlia Murder, and Alien Weaponry also on board.

Keep in mind that Chicago Open Air and Columbus, Ohio’s Sonic Temple fest take place the same weekend, although the latter is a three-day event that has a Friday lineup, as well. 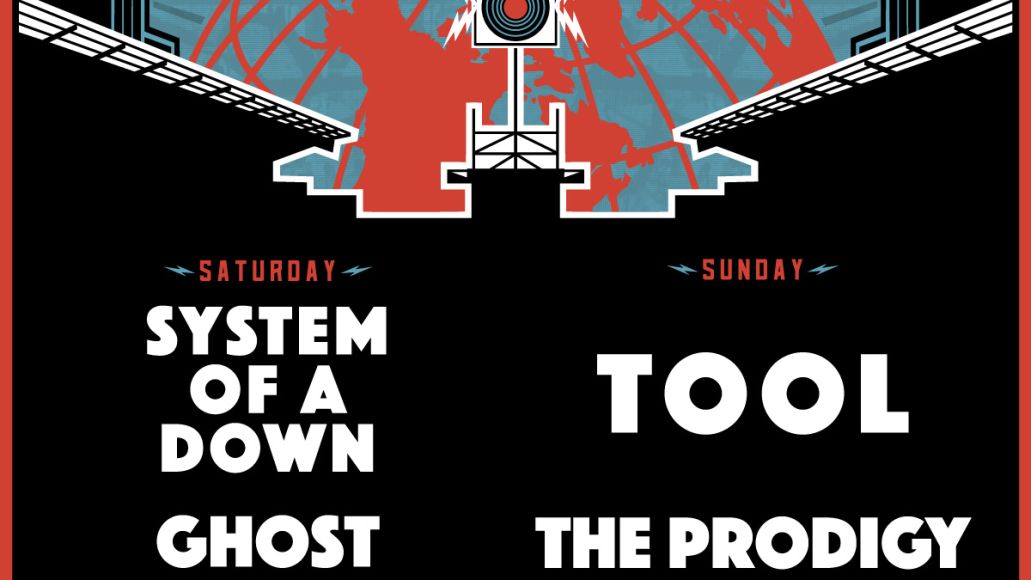 Chicago Open Air 2019: System of a Down, Tool, Ghost, and The Prodigy highlight lineup