Doctor Music Festival is returning to Catalonia, Spain this summer for the first time in nearly two decades. The original event hosted the likes of Bowie, Dylan, Rage Against the Machine, Massive Attack, and Portishead during its four-year run in the mid-90’s. Now, it’s set to return: the aptly titled “Reincarnation Edition” of the festival goes down July 12th-14th.

Its name isn’t the only thing that makes the festival completely random and completely great. The lineup poster features a cow… with earplugs — an homage to the number of cows who litter the festival grounds.

And then there’s the lineup itself, which is equal parts bonkers and glorious. Alt-rock veterans like The Strokes, Smashing Pumpkins, and The Good The Bad & The Queen are set to appear alongside prog rock legends King Crimson, who will be playing three (!) sets, as well as a hologram of Frank Zappa (!!).

Check out the lineup poster below, and visit the website for more details. 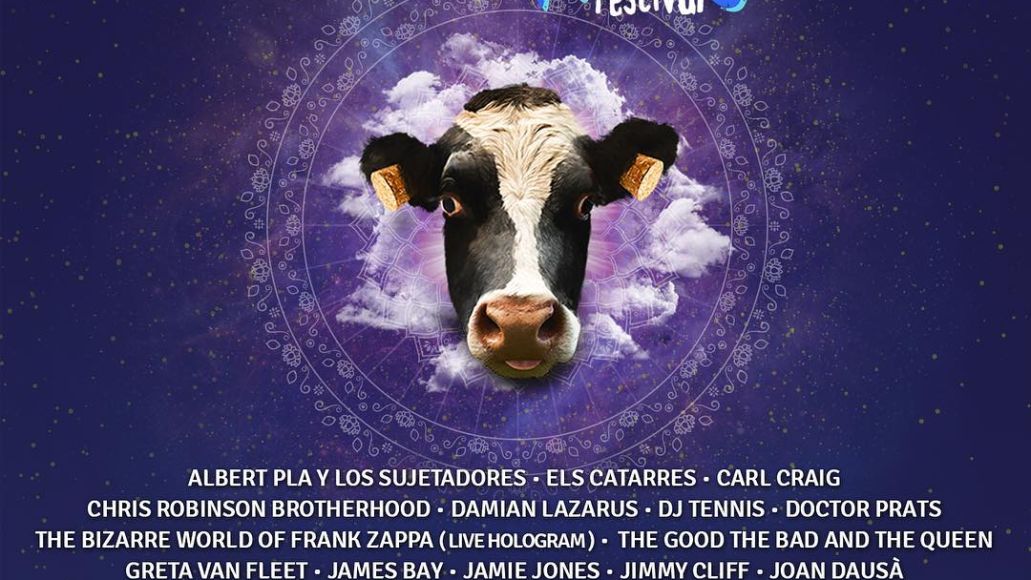 Doctor Music Festival might be my favorite thing of 2019