Last week, Kevin Hart stepped down as host of the 2019 Academy Awards after the resurfacing of past homophobic tweets and remarks. Initially, Hart resisted calls to apologize for the remarks, which date back nearly a decade, arguing that he’s evolved as a person in the years since. Now, in his defense, fellow comedian Nick Cannon has dug up similarly problematic tweets from three prominent female comedians.

Cannon first pointed to a June 2010 tweet from Chelsea Handler in which she said, “This is what a f*g bird [lools] like when he flexes.”

Interesting???? I wonder if there was any backlash here… https://t.co/0TlNvgYeIj

Another tweet from 2000 saw Sarah Silverman comment on an episode of the Bachelorette by writing, “I dont mean this in a hateful way but the new bachelorette’s a f*ggot.”

As of publication, only Silverman has addressed Cannon’s discovery, and she simply retweeted a news article about the tweets. 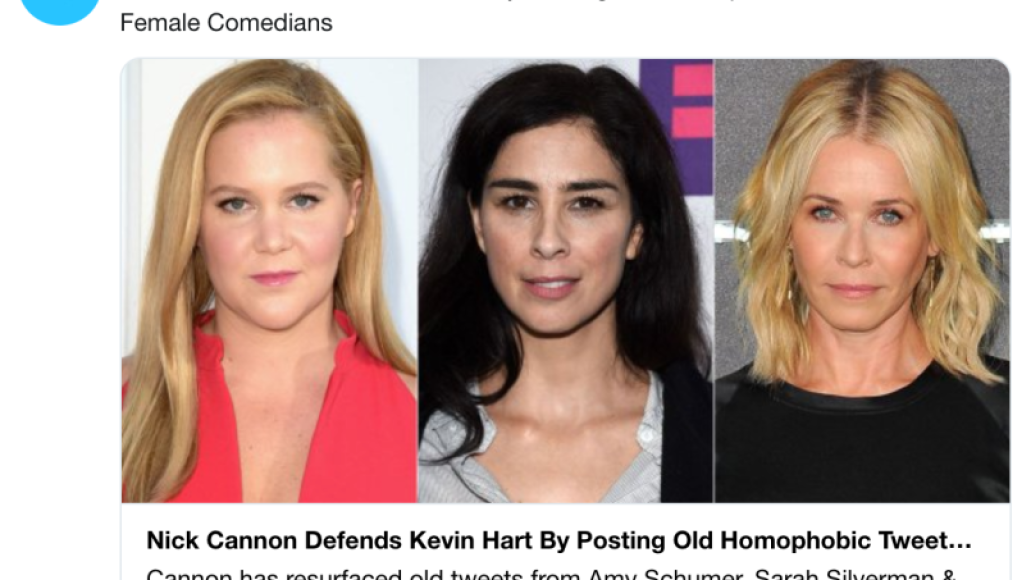