The world doesn’t need more monsters, but on the big screen? Sure, why not. That’s why we’re jonesing for the next Godzilla flick, King of the Monsters. This past summer, the follow-up to Gareth Edwards’ 2014 blockbuster smash began turning heads when its beautiful “Claire de Lune” trailer dropped at San Diego Comic-Con. Needless to say, that beauty hasn’t gone anywhere. 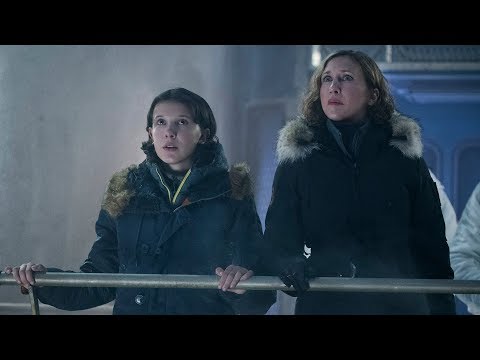 Directed by Michael Dougherty (Trick ‘r Treat, Krampus), the movie follows the heroic efforts of the crypto-zoological agency Monarch as its members face off against a battle of the gods: Godzilla, Mothra, Rodan, and the three-headed King Ghidorah. Seriously, how the hell could any of this go wrong? We’ll just have to wait and find out May 31st, 2019.

Godzilla: King of the Monsters is the third entry in WB/Legendary’s MonsterVerse following 2014’s Godzilla and 2017’s Kong: Skull Island. It all leads up to Godzilla vs. Kong, which hits theaters May 2020.

Earth becomes Godzilla's pet in new trailer for King of the Monsters: Watch