Pete Shelley, lead singer of iconic punk rock band The Buzzcocks, has died at 63 of a suspected heart attack, according to BBC News.

Shelley passed away on Thursday in Estonia where he was living.

Born in Leigh, England on April 17, 1955, Shelley grew up in a working class nuclear family. His mother was an ex-mill worker and his father was a fitter at the nearby Astley Green Colliery. He helped raise his younger brother, Gary.

In 1975, Shelley met Howard Devoto at the Bolton Institute of Technology and formed the Buzzcocks after seeing the Sex Pistols perform in London. A year later, they would be opening for the punk rock outfit in Manchester.

By 1977, the band self-released their first EP, Spiral Scratch, on their own New Hormones label. However, Devoto would leave shortly after to form Magazine, leaving Shelley as lead singer and chief songwriter.

Upon meeting producer Martin Rushent, Shelley went on to write some of the band’s most essential songs — see: “What Do I Get?”, “Ever Fallen in Love (With Someone You Shouldn’t’ve)”) — and record three of their most celebrated albums — see: 1978’s Another Music in a Different Kitchen, 1978’s Love Bites, and 1979’s A Different Kind of Tension — in less than two years.

In 1980, Shelley self-released his debut solo album, Sky Yen, a collection of unreleased recordings that date back to 1974 and feature a far more experimental sound, rooted primarily in electronic and eclectic manipulations.

Things came to a halt for the band, however, in 1981 when tensions surfaced between their record company and Virgin Publishing over the UK release of their greatest hits compilation, Singles Going Steady. Yet not for Shelley, who leaned into his own solo career, releasing three solo albums throughout the 80’s: 1981’s Homosapien, 1983’s XL1, and 1986’s Heaven and the Sea.

However, it was his first single, 1981’s electronic-heavy “Homosapien”, that truly made a dent. The controversial single was banned by the BBC for featuring an “explicit reference to gay sex”, and yet still managed to become a major club hit in Europe, even peaking at No. 13 on America’s Billboard charts. It also led to Shelley opening up about his bisexuality, which had been hinted at in several Buzzcocks songs.

Towards the end of the ’80s, Shelley finally reunited the Buzzcocks, tipping off a new era for the band, and one that would ultimately continue until Shelley’s death. In that time they released six more studio albums, specifically 1993’s Trade Test Transmissions, 1996’s All Set, 1999’s Modern, 2003’s Buzzcocks, 2006’s Flat-Pack Philosophy, and 2014’s The Way.

In tribute to John Peel, Shelley even re-recorded “Ever Fallen in Love” with an all-star group in 2005 that included legends such as Roger Daltrey, David Gilmour, Peter Hook, Elton John, Robert Plant, and several contemporary bands with all proceeds going to Amnesty International. 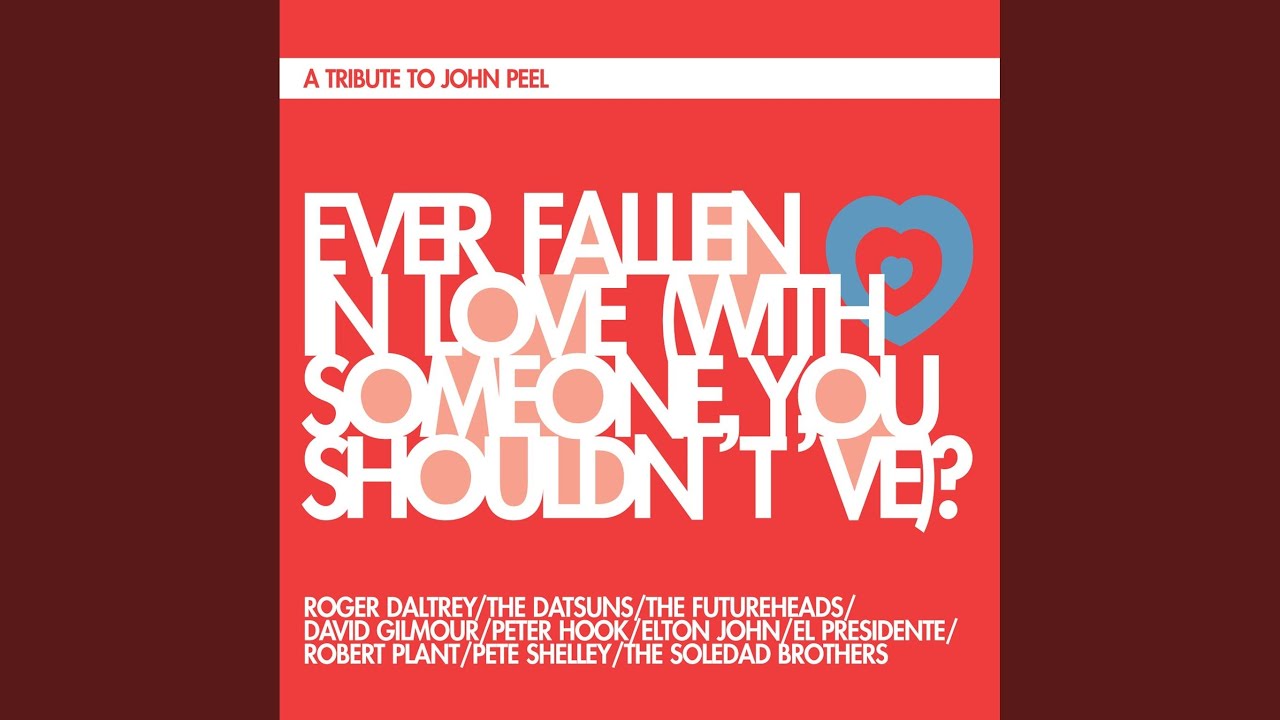 In 2012, Consequence of Sound named “Ever Fallen in Love” one of the greatest songs of all time.

It's with great sadness that we confirm the death of Pete Shelley, one of the UK's most influential and prolific songwriters and co-founder of the seminal original punk band Buzzcocks.

Pete's music has inspired generations of musicians over a career that spanned five decades and with his band and as a solo artist, he was held in the highest regard by the music industry and by his fans around the world.

R.I.P. Pete Shelley, frontman of The Buzzcocks dead at 63