Star Wars: Galaxy’s Edge is inching closer to reality for nerf herders everywhere. Back in November, Disney began revving up the hype machine for its forthcoming theme parks, releasing a few teasers and images, and now they’ve more or less dropped the curtain.

Today, the Mouse House released an exciting behind-the-scenes video that offers an intricate look into the attractions that are set to take off at Anaheim’s Disneyland come Summer 2019 and at Orlando’s Walt Disney World come Fall 2019.

The two-minute clip offers extensive first looks at the two theme park rides, Millennium Falcon Smugglers Run, which places fans in Han Solo’s legendary ship, and Rise of the Resistance, which pits them in an epic battle against the First Order. Both look unreal. 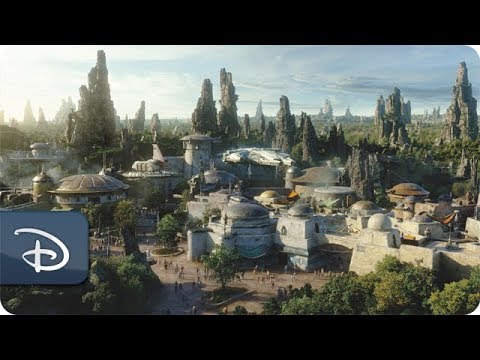 Watch the video below and subscribe to State of the Empire, our Lucasfilm podcast that covers news from Alderaan places. Take a listen to their last report on the hotel and start saving that money for next year’s trips to either Anaheim or Orlando.