U2 aren’t exactly one to shy away from humanitarian efforts, even on the holidays. On Christmas Eve, Bono and The Edge returned to busk in the Dublin streets for the first time in three years as part of Simon Community’s annual all-star fundraising event to aid Ireland’s homeless.

They weren’t alone, as The Guardian reports that they were joined by organizer Glen Hansard of The Swell Season, Damien Rice, and Imelda May, who all performed on a makeshift stage set up on the city’s legendary Grafton Street.

So, what’d they play? Bono and The Edge treated audiences to “Love Is Bigger Than Anything In Its Way” off last year’s Songs of Experience, in addition to renditions of “O Holy Night”, “O Night Divine”, and Darlene Love’s “Christmas (Baby Please Come Home)”. The latter cover saw them performing with Hansard, Rice, and May.

Another highlight was Rice revisiting his somber cover of Radiohead’s “Creep”, which featured an assist this time around by Hansard, who certainly rounded out those harmonies of Yorke’s that are nearly impossible to replicate. 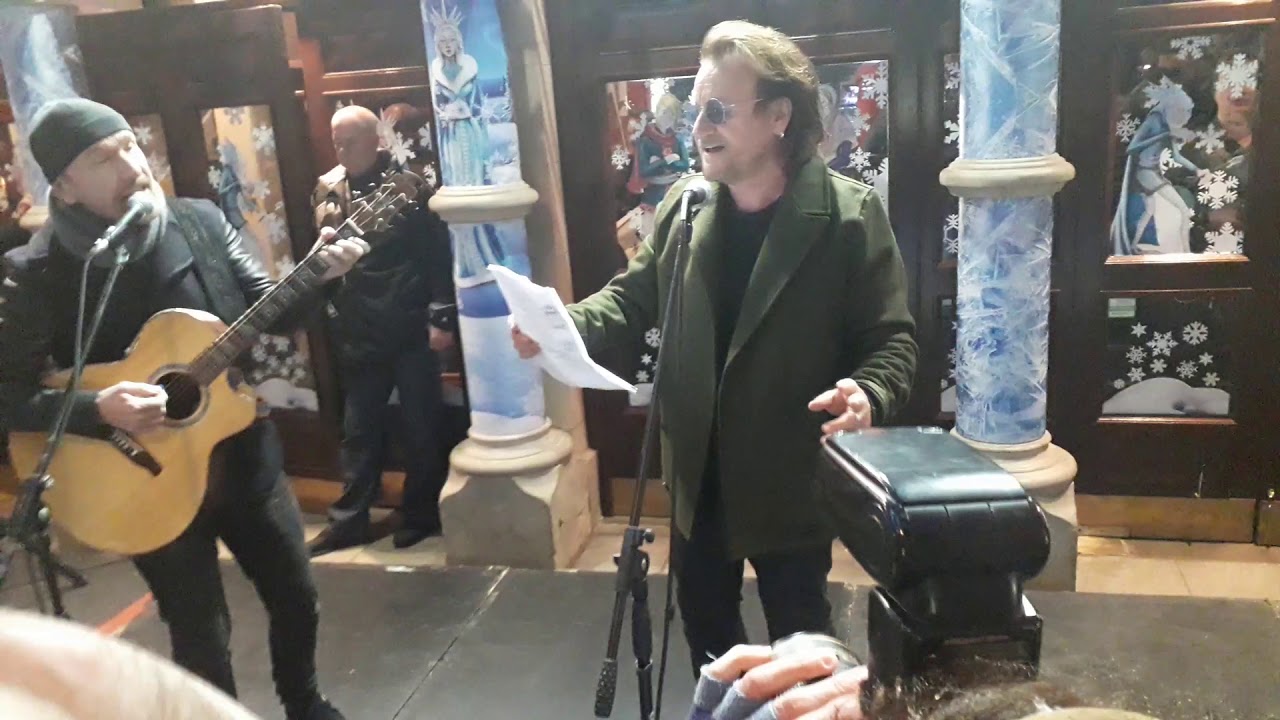 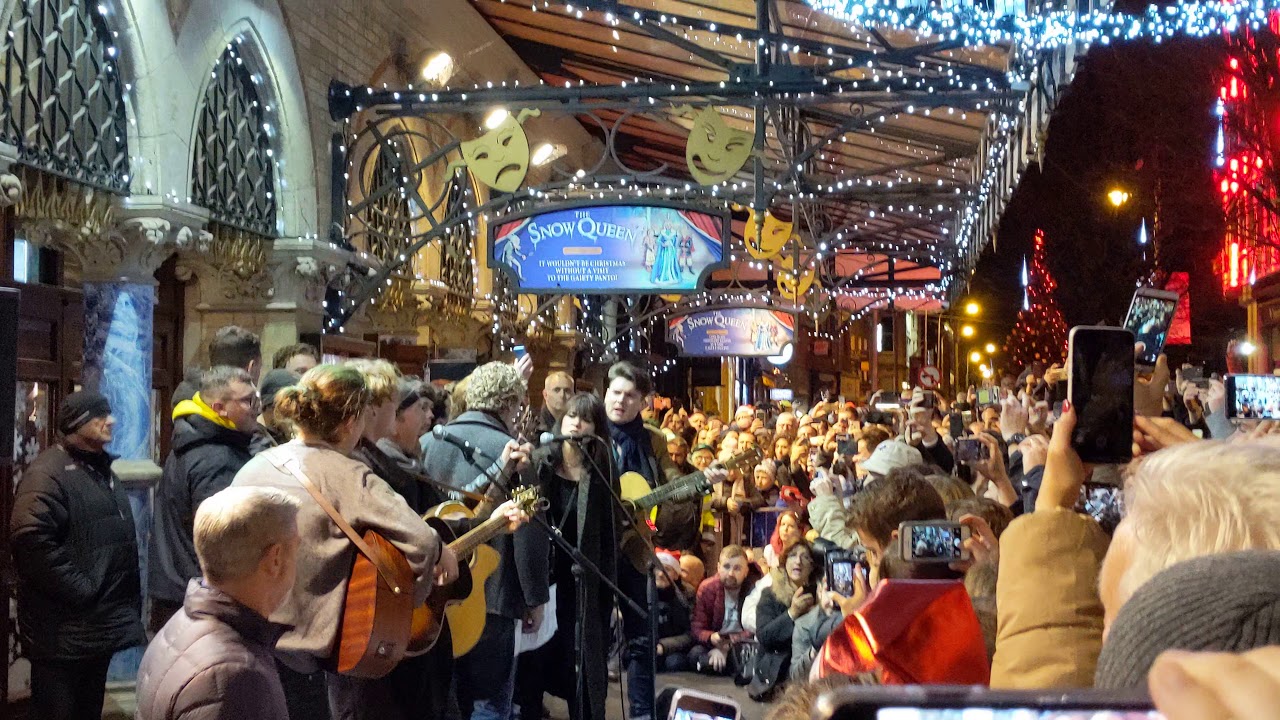 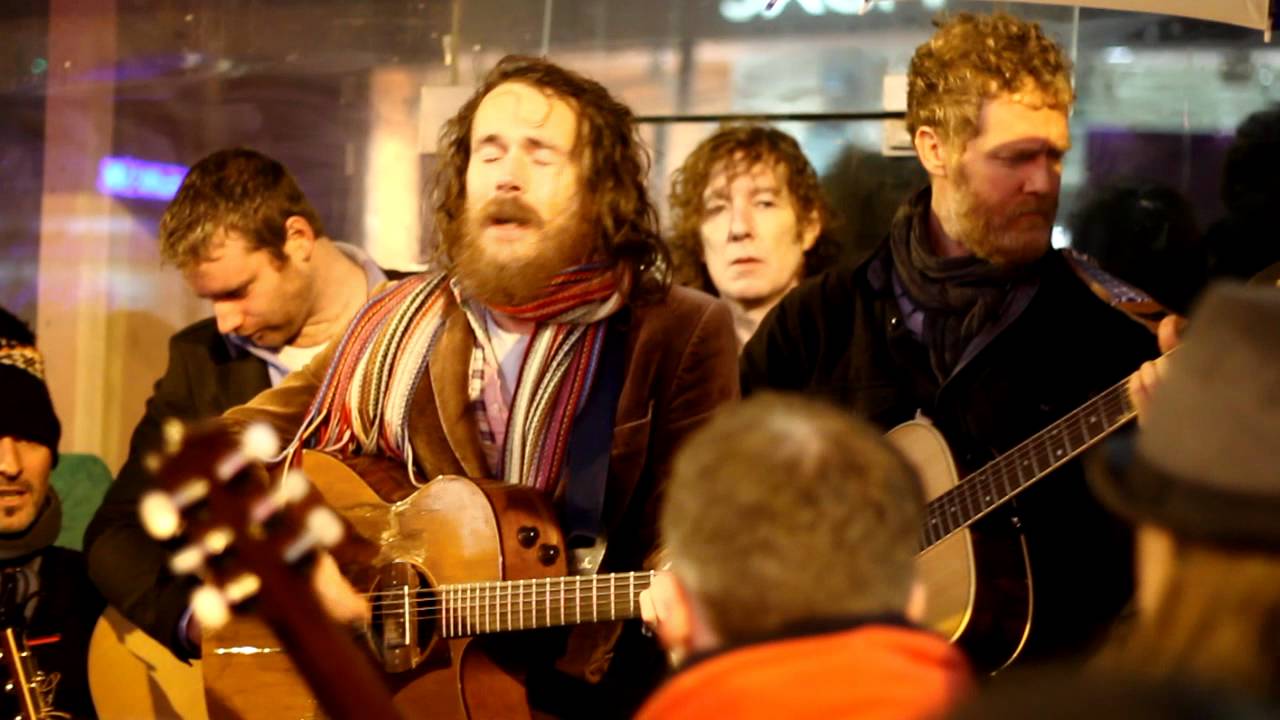 U2's Bono and The Edge busk for the homeless in Dublin on Christmas Eve: Watch