Bohemian Rhapsody may not be the most critically acclaimed rock biopic of all time, but it’s unequivocally the most successful. Part of what connected the film so well with audiences is its remarkably faithful recreation of landmark events in the life of Freddie Mercury and Queen, such as the band’s iconic Live Aid performance. Now, 20th Century Fox has revealed that an entire shot-for-shot remake of the concert will be presented in full on the movie’s home release.

The film arrives digitally on January 22nd, followed by a 4K Ultra HD, Blu-ray, and DVD release on February 12th (pre-orders are ongoing here). Each format will include the complete Live Aid performance not seen in theaters, featuring Rami Malek (Mercury), Ben Hardy (drummer Roger Taylor), Gwilym Lee (guitarist Brian May), and Joseph Mazzello (bassist John Deacon) delivering a near perfect reenactment of the 22-minute 1985 Wembley Stadium show. The full presentation will give fans their first chance to see songs like “Crazy Little Thing Called Love” and “We Will Rock You”, which weren’t included in the final film.

Making the recreation even more impressive is the fact the actors shot the entire thing in one solid take. Watch them discuss the process, along with side-by-side comparisons of the cinematic and real-life versions, below. 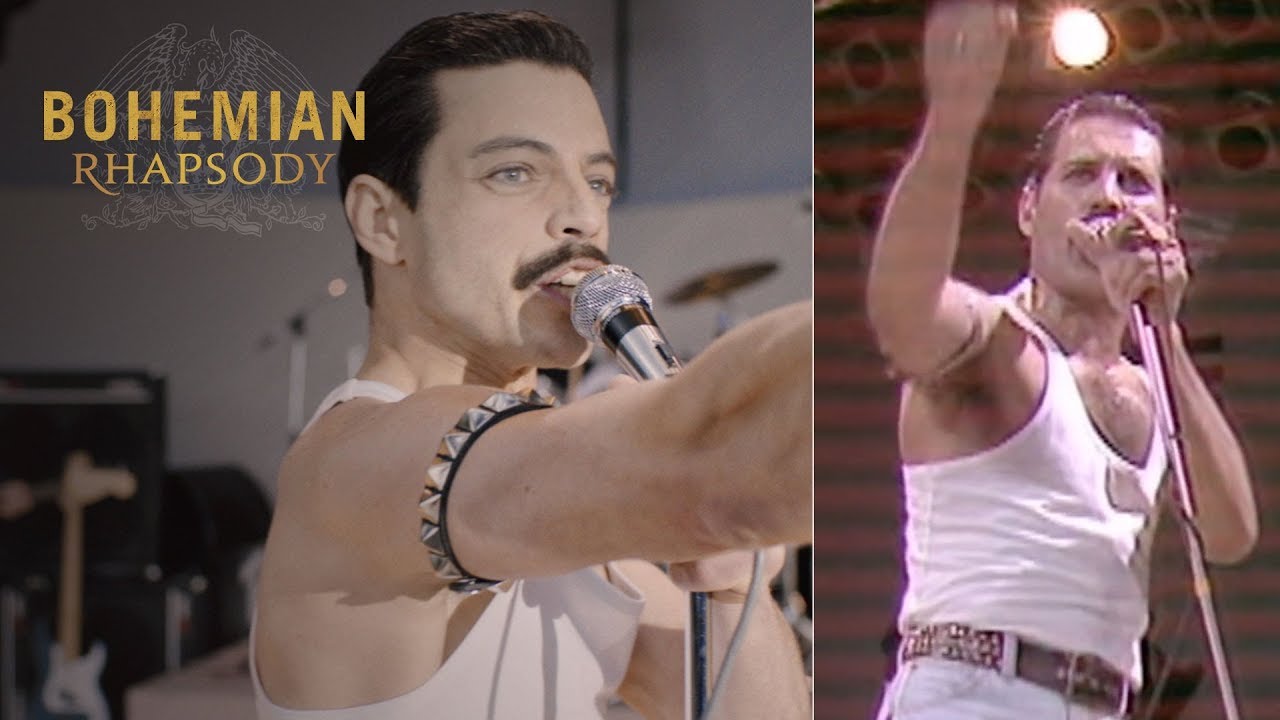 #BohemianRaphsody Blu-ray will have the full Live-Aid performance. He's a tease of "Crazy Little Thing Called Love" side by side with real @QueenWillRock performance
Details on Blu-ray here: https://t.co/1ZO7Np3J7i#FreddieMercury pic.twitter.com/3s84SibByW