Last week we saw Broken Social Scene debut two new songs, “1972” and “Can’t Find My Heart”, during a live session on The Strombo Show. Today, the Canadian indie rock favorites have announced a new EP which will boast one of those tracks. Additionally, they’ve lined up a series of concert residencies.

Dubbed Let’s Try The After – Vol 1, it’s slated for release on February 15th through Arts & Crafts, the label co-founded by BSS’ own Kevin Drew. Along with “1972”, the five-track effort features songs titled “The Sweet Sea”, “Boyfriends”, “Remember Me Young”, and “Al I Want”. With the exception of “1972”, the EP was produced and mixed by Nyles Spencer.

BSS offered a statement on Vol 1:

“The ceremony of dying generations without any guidelines for how to move forward makes these times easy for the mirror wars to continue. We can hide in the beauty of what has been stolen from us because somewhere there is mystery in not knowing. How can the ruined survive without a back up plan? Let’s try the after.”

They’ve also unboxed a second track from the EP, “All I Want”, which is highlighted by the vocals of core member Andrew Whiteman. Take a listen.

Vol 1, which follows 2017’s Hug of Thunder, is available for pre-order here. 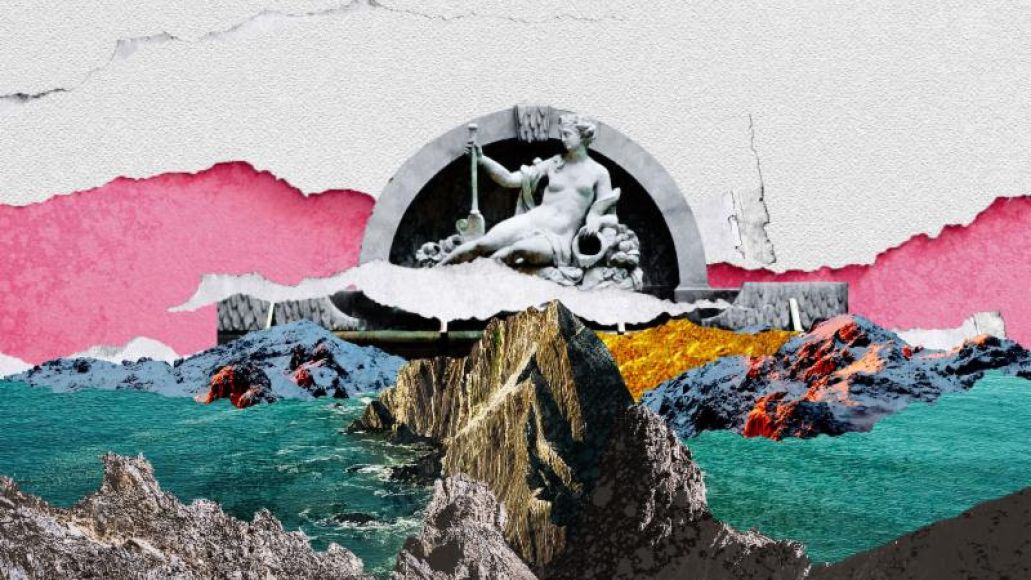 This spring, BSS will hold concert residences in Montreal and Los Angeles. For every US ticket sold, $1 will be donated to support Youth Speaks, while, in Canada, a similar donation will be made to MusiCounts. BSS are expected to announce more tour dates in the future. Update — Thursday, February 21st: New residencies in Seattle and New York have been added.