Rock icon Chris Cornell will be remembered Wednesday night with a star-studded tribute concert in Los Angeles. With just less than 24 hours to go before show time, a number of prominent names have been added to the roster for “I Am the Highway: A Tribute to Chris Cornell”.

Fiona Apple, Queens of the Stone Age frontman Josh Homme, and Chris Stapleton are now part of the bill, as are Miley Cyrus, Miguel, and Brandi Carlile. Also in attendance will be The Melvins, who are expected to take the stage for a special performance with the surviving members of Soundgarden.

Today’s new additions join previously announced artists Foo Fighters, Metallica, and Ryan Adams. Members of Cornell’s other former bands, Audioslave and Temple of the Dog, will also be on hand.

“We are honored to have all these amazing artists and friends come together to pay tribute to and show their love and appreciation for Chris, his music and the mark he’s left on the world,” Cornell’s wife, Vicky, said in a statement. “We look forward to sharing this night with all the fans.”

The “I Am the Highway” tribute concert will take place at LA’s Forum venue with Jimmy Kimmel serving as the evening’s host. Proceeds benefit The Chris and Vicky Cornell Foundation, as well as The Epidermolysis Bullosa Medical Research Foundation, a nonprofit dedicated to raising funds and awareness for this painful and debilitating genetic disorder. 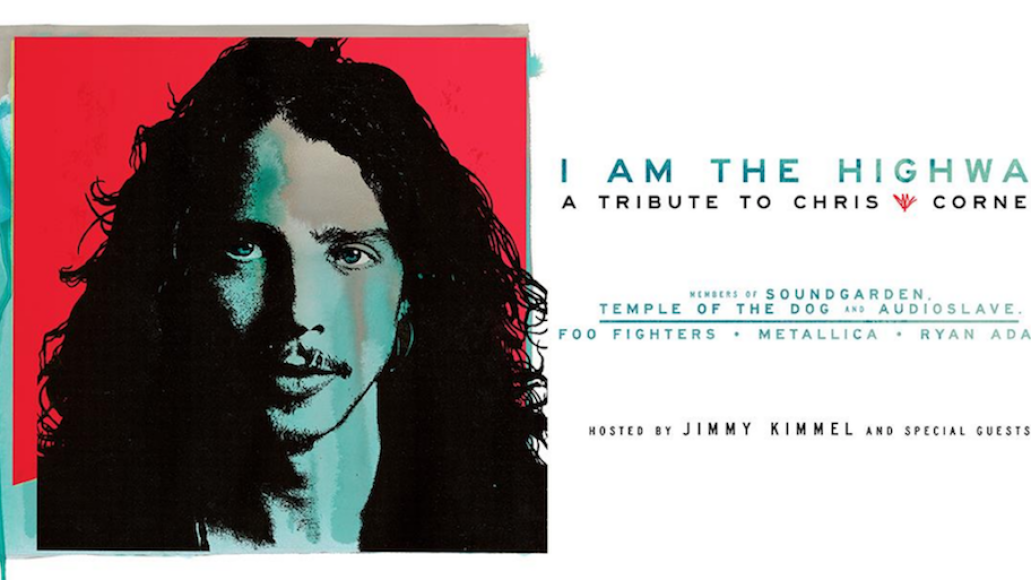 In November, an archival box set celebrating Cornell’s work from Soundgarden and Audioslave was released. That same month also saw a new music video for posthumous single “When Bad Does Good” starring Cornell’s own son.