Coachella has revealed its 2019 lineup. America’s preeminent music festival returns for its 20th edition on April 12th-14th and April 19th-21st at the Empire Polo Club in Indio, California.

As previously reported, Kanye West was in line to headline, but dropped out following a dispute over his stage setup. Festival organizers tapped Grande in his place.

Tickets go on sale Friday, January 4th at 11:00 a.m. PST via Coachella’s website. They tend to sell out quickly, so you might also want to try your luck on the secondary market. 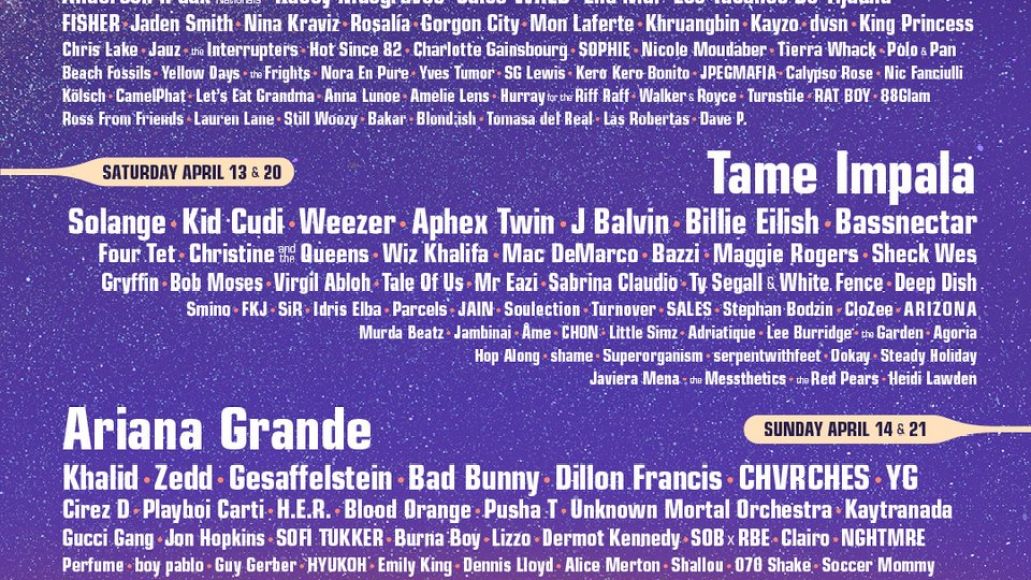