This year’s Dimebash tribute to the late, great Pantera guitarist “Dimebag” Darrell Abbott will feature a who’s who of rock and metal royalty. It’s just been announced that Foo Fighters frontman Dave Grohl, Slipknot vocalist Corey Taylor, Dimebag’s Pantera bandmate Rex Brown and many others will be on hand to honor the guitar legend.

The evening will also feature sets by Fireball Ministry and Rex Brown’s band Kill Devil Hill. In addition, a raffle will be held, with the winner given the opportunity to attend a private afterparty that will feature Dave Grohl’s BackBeat BBQ and an acoustic set by Kyng.

Dimebag’s longtime girlfriend, Rity Haney, said in a press release, “Crazy thing about this event is, you never think the last one can be topped. But when this much creativity comes together in one room, dude, watch it go! It will light you up! The vibe is always so incredible.”

The guitar icon was tragically gunned down onstage while performing with his band Damageplan in December 2004. Sadly his brother and fellow Pantera bandmate, Vinnie Paul, died suddenly in June of last year due to heart disease.

Tickets for the event are available at TicketWeb.com. 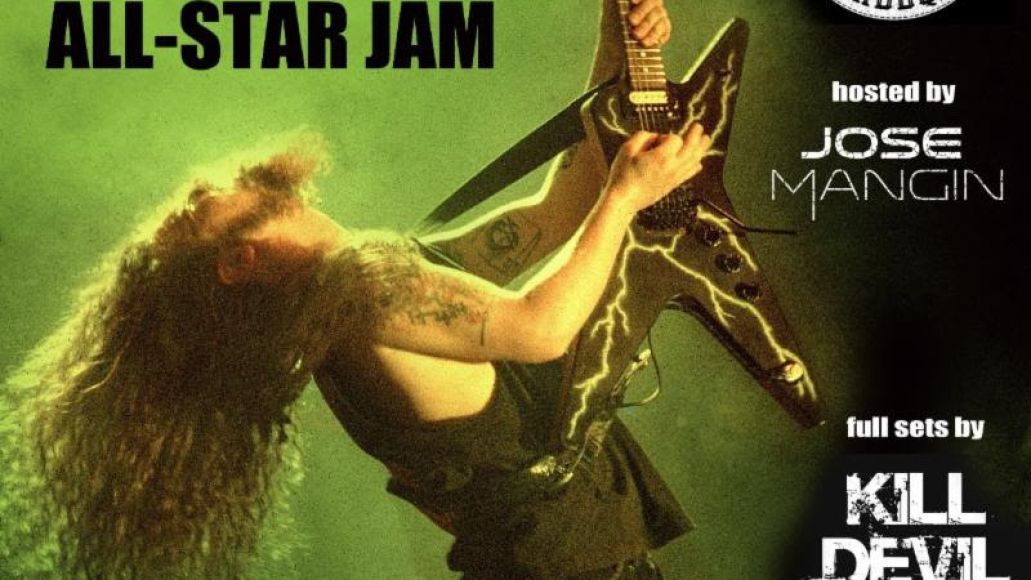