The Pitch: Nels Coxman (Liam Neeson) is the consummate Good Guy, a taciturn snowplow driver who paves the roads leading from the mountains of Colorado to the bustling ski town of Kehoe (a fictional berg outside Denver). He’s such a good guy that he was recently named the town’s Citizen of the Year, in fact. His life couldn’t be more ideal, at least until the moment that his son is found dead of a suspected drug overdose. While his wife Grace (Laura Dern) is struck with grief, horrified at how little they knew about their own son, Nels suspects that something else is afoot. Before long, Nels’ taciturn demeanor begins to betray something else, a willingness to efficiently shoot and stab his way through one low-level drug dealer after the next. And when the idiosyncratic drug lord Viking (Tom Bateman) starts to see a pattern in his employees’ disappearances, Nels finds himself on a collision course with Viking, a rival Native American gang of cocaine smugglers, the law, and the constant annoyance of retractable platforms.

A Fargone Conclusion: If you read that Liam Neeson is playing a snowplow driver with the surname of Coxman and had a good chuckle to yourself, don’t worry; Cold Pursuit is on your side. Director Hans Petter Moland’s English-language adaptation of his own 2014 Norwegian feature In Order of Disappearance exists at a curious intersection of styles. It’s well within the range of what’s become known as the January Neeson, a story built around the venerable actor butchering his way through a series of faceless baddies until some sort of justice or rescue is served. It also owes more than a little debt to Fargo, from the blood-on-snow aesthetic to the dry wit of Emmy Rossum’s idealistic small-town cop. Yet what Moland and screenwriter Frank Baldwin have assembled is, at least in its best scenes, a strange beast all its own. It’s not often that a latter-era Neeson vehicle is this damn funny.

It’s definitely funny in the way that Fargo is funny, or in the way that a slow-pumping hydraulic lift raising a corpse in a morgue is funny, but Cold Pursuit is definitely entertaining in a way that suits it across the board. It distinguishes the otherwise familiar story (an everyday type finds his way into the midst of warring factions, bullets fly), allowing for the sort of strange character beats that too infrequently find their way into movies of this nature. While not all of its attempts land (some of the quirks dance along suspect lines of racism and/or general cruelty), the film’s best sequences manage to marry Neeson’s now-signature tough guy glower with pops of mordant humor. You’ve never seen an action movie so obsessed with the particulars of dead body movement and disposal.

Gangster’s Paradise: Cold Pursuit carries itself with a decided wink, except for when it gruesomely doesn’t, and Neeson is the hinge on which so many of the tonal shifts have to swing. The film is then lucky that between his work here and his guitar-swinging theatrics in last year’s early-season outing The Commuter, the actor seems to be entering the phase most A-list action stars eventually do, where they begin to play around within their own established star personae. What Neeson tries on here is luckily a lot more becoming than the average Kindergarten Cop or The Pacifier, Neeson matching the dry wit that made him an actor’s actor with the grit and capacity for violence that revived his career with Taken a decade ago.

He’s matched by a supporting cast who mostly do good work despite the film’s insistence on bouncing between subplots with glee and frequency. In only a handful of scenes, Dern adds several interesting notes to Neeson’s characterization as a wife discovering for the first time how distant her husband really is. William Forsythe draws out a hilarious caricature of an aged ex-gangster as Nels’ brother Wingman, and Tom Jackson delivers a terse, commanding turn as White Bull, the patriarch of the territory’s Native drug runners. Only Bateman’s touchy, diet-obsessed boss struggles to land, the actor pitching Viking somewhere between Heath Ledger’s Joker and the most obnoxious dad in Echo Park. Cold Pursuit might be a pretty transparent exercise in ’90s-style, post-Tarantino gangster storytelling, but at least it’s a frequently effective one when it gets down to business.

The Verdict: The little beats throughout Cold Pursuit are distinctive enough to cover for this gory caper’s periodic misfires. For every cloyingly cute kid, there’s a pre-shootout punchline waiting for a guffaw. A somber funeral ceremony concludes in an outstanding, sustained sight gag. A fair deal of Cold Pursuit ends up going the places audiences expect, but the weirdness in the spaces between is what makes it so thoroughly recommendable. Neeson has played a lot of variations on the action heavy in the 2010s, but never a Coxman quite like this one. 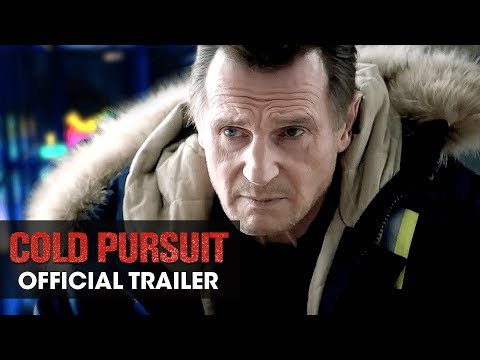