What’s Broken? Oh, where to begin. Glass is such a shattered mess that it’s almost overwhelming. There are tonal inconsistencies with its source material. The pacing is as manic as its disassociated villain. The dialogue is pedantic at best. The plotting is patched together. The twists are as predictable as they are cloying. The direction is unruly. Even the score is forgettable. But really, what it comes down to is Shyamalan, whose unearned confidence over this picture is downright embarrassing.

Exhibiting the worst version of himself, Shyamalan acts as if he has so much to say and yet winds up saying absolutely nothing. For the majority of the glacial 129 minutes, he wastes time painting out the core tenets of comic book narratives, acting as if we’re not about to complete Phase Three of the Marvel Cinematic Universe as his film hits theaters. Even worse, he does this by tasking his rogue’s gallery of talent, be it Spencer Treat Clark or Anya Taylor-Joy, with godawful lines of exposition.

By the final act, characters aren’t so much delivering dialogue anymore as they’re reading off a freshman essay on comic book culture with the grace of that paper clip guy from Windows 95. It’s unbelievable, and yet Shyamalan never stumbles in being so brazen, probably because the entire movie feels designed to serve as some vindication for the guy. So much of it is designed to elevate the creator, the mastermind, the one who has all the answers, even at the mercy of its overall themes.

And let’s not forget, this is the same filmmaker who’s cast himself as an unlikely messiah (see: 2002’s Signs and 2006’s Lady in the Water), and whose narrative metaphors have only gotten worse with age (see: 2004’s The Village and 2008’s The Happening). With Glass, it’s almost easier to see this as a missive on his relationship to Hollywood, especially if you’re to draw parallels between the studio system and everything that goes down at the institution. In fact, it almost makes the film smarter.

After all, the idea that this should be any sort of enlightening dissection of comic book culture is laughable. For Christ’s sake, if that’s the case, what took Shyamalan three movies and 19 years to say took Christopher Nolan five minutes and one barren room … 11 years ago. Again, it’s all so goddamn antiquated, grooving by with the swagger of Billy Madison sidling up to Generation Xers in an REO Speedwagon shirt. It’s not just late on arrival, but dead on arrival, and the collateral damage is two solid films and one comeback.

After this, it’s doubtful you’ll look at Unbreakable or even Split the same way again — especially the former. The amount of backpedaling on narratives here makes everything that goes down in Spider-Man 3 look ornate by comparison. Shyamalan has to take so many leaps to make this work that it would be impressive if any of them were even remotely interesting. Or necessary. Instead, they’re all just proof that none of these characters had any reason to be together and any more story left to tell.

Okay, But What About the Matchups? What About the Action? There isn’t much. Where Unbreakable thrived with genuine drama and Split clenched down with claustrophobic tension, Glass never finds a consistent enough rhythm to amount to anything. The first act should satiate those hoping to see two of the principal characters in action, but that crowd will likely bow out for the next hour of unnecessary therapy, which foolishly spends most of the time trying to dissuade the audiences of everything that Shyamalan spent two movies already proving.

It doesn’t help that he makes zero attempts to mask how cheap and low-budget this movie is, particularly toward the end, when he dubiously sets his final act during the day. Gone is any semblance of his creative eye — a strength of his even at his weakest moments in the past — and that fact is exacerbated when you see Willis stroll onto the scene with his trademark Overseer raincoat in broad daylight, or when there are so many characters that Jackson just winds up sitting there staring around for the majority of a scene.

The Verdict: In the end, Shyamalan would have been better off leaving the past with the past. Everything that needed to be said in Unbreakable was already said. (Almost too much. Have you watched it recently? That post-script is egregious.) Everything that needed to be said in Split should have been said at the end. (The conclusion is still the weakest part of a strong outing, namely because the ending was tasked with leaving some connective tissue to this mess.) Instead, he doubled back, and unlike his previous lows, this one feels as if he’s plumbing new depths.

Not to sound redundant, but it all goes back to that irrational confidence. Shyamalan comes off so smug by the end of this movie that it’s insufferable — and also kind of jarring. It’s as if he’s learned nothing from his past, and still believes he’s pulling a quick one on his audience. The tell is in the way he treats the subject matter, strolling into the game like a naive grad student who’s reading his dissertation without pulling from a single original source. That lack of context wouldn’t be so infuriating if it weren’t so emblematic of his worst qualities as a filmmaker.

Perhaps the real twist is that those qualities are all that’s left. 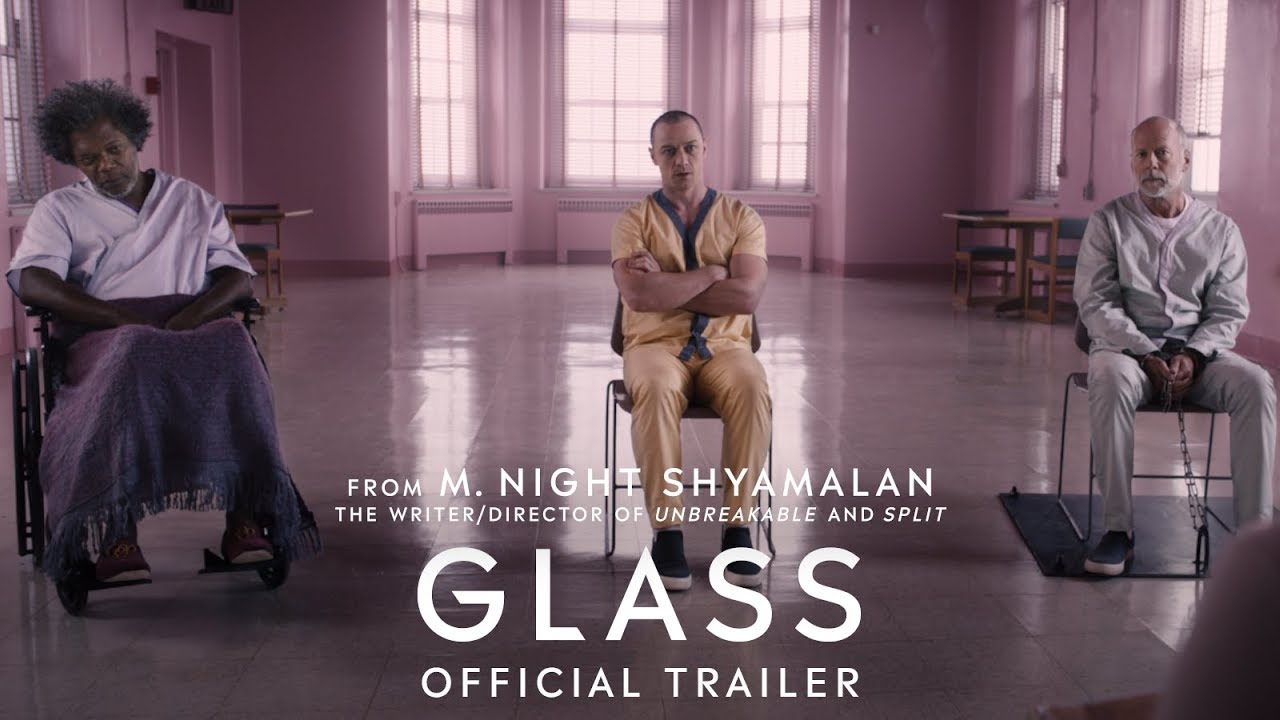