The all-star band Metal Allegiance hit the Anaheim House of Blues stage paying tribute to Black Sabbath on January 24th, and for the next two hours delivered a set of covers and original material with guest appearances from some of the biggest names in metal.

The core of Metal Allegiance is comprised of drummer Mike Portnoy, bassist Mark Menghi, Megadeth bassist David Ellefson and Testament guitarist Alex Skolnick, and they record and perform with a rotating cast of guest musicians. The group released its second album, Volume II: Power Drunk Majesty, this past September.

Opening with “Black Sabbath” (with Death Angel’s Mark Osegueda on vocals); “The Wizard” (with Mark Tornillo of Accept on vocals); and “Wasp/Behind the Wall of Sleep/Bassically/N.I.B” (with Bobby Blitz of Overkill on vocals), the band wasted no time in getting things of to a heavy start. Menghi, wearing a wig, did his best Geezer Butler impersonation, while Skolnick paid homage to Tony Iommi, complete with a fake mustache.

The rotating cast of players for the evening included Phil Demmel of Vio-Lence; Steve “Zetro” Souza and Jack Gibson of Exodus; Andreas Kisser of Sepultura; Alicia White-Gluz of Arch Enemy, and Doyle of the Misfits; Trevor Strnad of Black Dahlia Murder; John Bush of Armored Saint, and Chuck Billy of Testament.

Highlights from the bads set included the original song “Can’t Kill the Devil”; Exodus’ “Toxic Waltz”; Slayer’s “South of Heaven”; and a blazing cover of the Misfits classic “Last Caress”.

Check out the full live set (via archived Facebook stream), plus our photo gallery and the setlist, below. 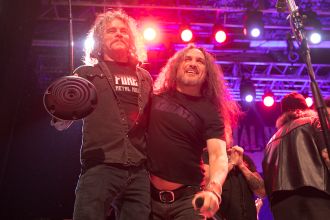 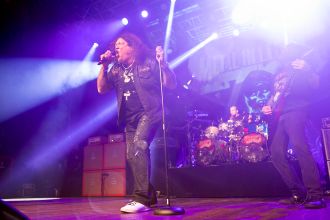 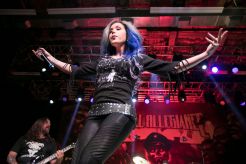 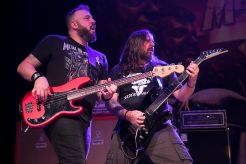 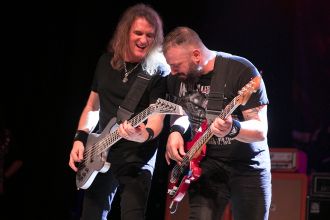 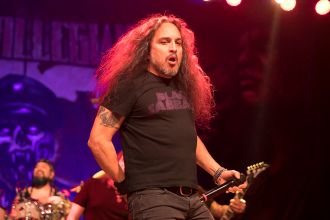 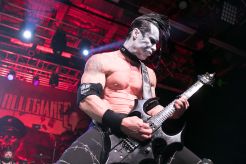 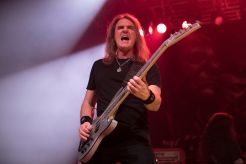 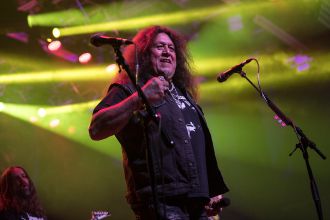 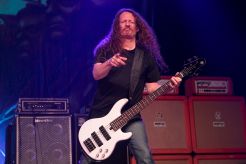 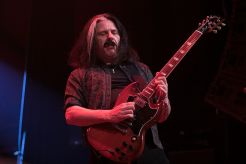 All photos by Raymond Ahner (@raymondahnerphoto)