The lineup for the second annual Incarceration Music and Tattoo Festival has been revealed, with Shinedown, Godsmack, and Five Finger Death Punch headlining the three-day event, taking place July 12th-14th at the Ohio State Reformatory in Mansfield, Ohio.

The festival will feature more than 30 bands and 70 tattoo artists at the shuttered prison where the 1994 movie The Shawshank Redemption was filmed. Among the other activities is a haunted house attraction dubbed “Escape From Blood Prison”.

Also on the performance lineup will be Live, Taking Back Sunday, Seether, Skillet, I Prevail, Starset, Red Sun Rising, Motionless in White, Fozzy, Buckcherry, The Red Jumpsuit Apparatus, Andrew W.K., P.O.D., Stabbing Westward, Light the Torch, From Ashes to New, Smile Empty Soul, Eyes Set To Kill, and others. See the full bill in the poster below.

Tickets, VIP passes, and camping packages for Inkcarceration are on sale now at this location, while more information on the festival itself can be found at Inkcarceration.com. 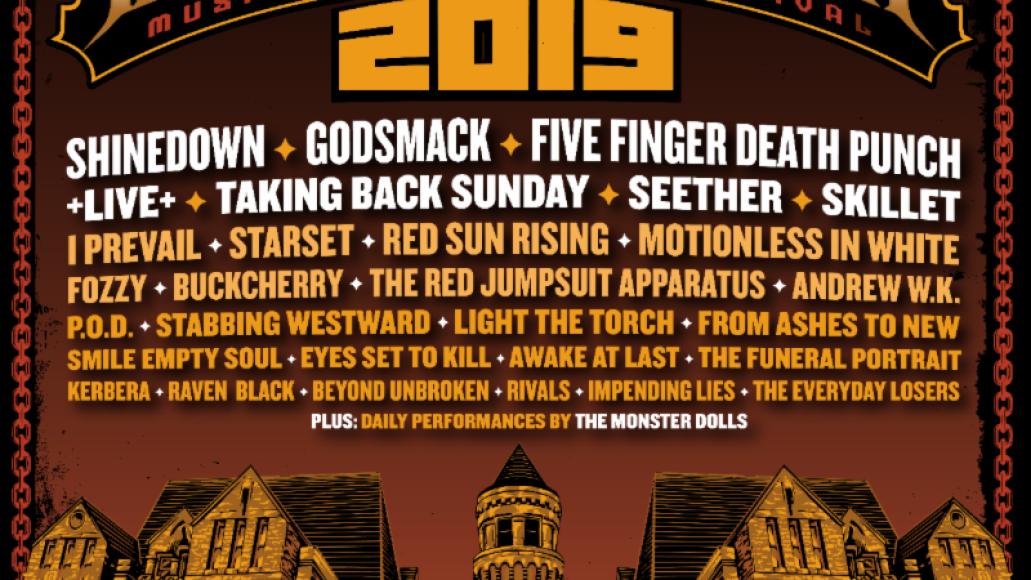