The Jimi Hendrix Experience’s 1968 double album, Electric Ladyland, recently celebrated its 50th anniversary with a new box set featuring previously unreleased demos, alternate takes, and a live bootleg. Pick up a copy here or stream the album in full below.

Just over a week ago, a Seattle post office was renamed the “James Marshall ‘Jimi’ Hendrix Post Office Building.” It’s the city’s latest tribute to a musician who many forget was a Seattleite. Jimi Hendrix grew up on the same street as the post office that bears his name and is buried less than a mile away in Greenwood Memorial Park. There’s also a statue of the legendary guitarist in front of the Blick Art Materials on Broadway in the Capitol Hill district and a bust of him in the library at Garfield High School. The world’s largest collection of Hendrix memorabilia can be found in Seattle, too, at the city’s Museum of Pop Culture, founded by the late Paul Allen, a noted Hendrix fan.

And then, of course, there’s Hendrix’s appearance on the soundtrack to Singles, Cameron Crowe’s 1992 movie about the lives and loves of four twentysomethings in Seattle. The film itself is more of a romanticization of the city’s burgeoning grunge scene than an evocation, but the soundtrack remains a well-curated artifact of the genre, featuring some of its leaders (Pearl Jam, Soundgarden) and forebears (Mother Love Bone, Mudhoney).

That’s why it’s so odd to see Hendrix — a classic rock titan — on the tracklist. (It’s even stranger that his contribution, “May This Be Love”, is one of his deepest cuts, a subtle and pretty song from a musician not often thought of for subtlety or prettiness, on a soundtrack where such moments are few and far between.) It’s almost as if he was only put there to remind listeners of his Seattle origins, but there’s more to his inclusion than just geography. It’s a stretch to call Hendrix the definitive influence on grunge, but a Seattle Sound without Hendrix would sound very different from the Seattle that an entire generation grew up listening to on alternative rock radio and MTV.

That’s a bold claim to make considering Hendrix’s name doesn’t come up all that much in discussions of grunge and its influences. In a 1999 “Guitar Gods” feature for Rolling Stone, Pearl Jam’s Mike McCready called Hendrix “all-encompassing” and “so far ahead of his time”; even if you have a hard time picking out the Hendrix homage in McCready’s playing on “Alive” and “Even Flow”, you’ll hear it in the opening notes of fan favorite “Yellow Ledbetter”, McCready’s bandmate Stone Gossard also claims inspiration from Hendrix, as does Jerry Cantrell of Alice in Chains. Other than that, most grunge guitarists don’t acknowledge Hendrix’s influence. In the aforementioned “Guitar Gods” piece, Soundgarden’s Kim Thayil cites Jeff Beck as a touchstone of his sound. And judging from his fifty favorite albums, it’s safe to say Kurt Cobain took more from punk bands like Black Flag and Butthole Surfers than he did Hendrix.

In some respects, it isn’t hard to fathom why. Hendrix was a guitar virtuoso, someone who didn’t just have technical mastery over the instrument but was capable of playing it behind his head or even with his teeth. Barring McCready, most grunge guitarists would’ve sneered at such indulgent displays of showmanship; Thayil went so far as to accept responsibility for “the death of the guitar solo,” while Butch Vig, who produced Nirvana’s seminal Nevermind, has gone on record about Cobain’s reluctance to record even guitar overdubs, having to trick him into doing so. Moreover, Hendrix might have been shy, but he carried himself — and dressed — like the rock star he was, displaying none of the self-agonizing over fame and success that was as fashionable in the grunge scene as flannel shirts and ripped jeans. At first blush, Hendrix seems less an inspiration to grunge than he is an inspiration to everything it railed against. 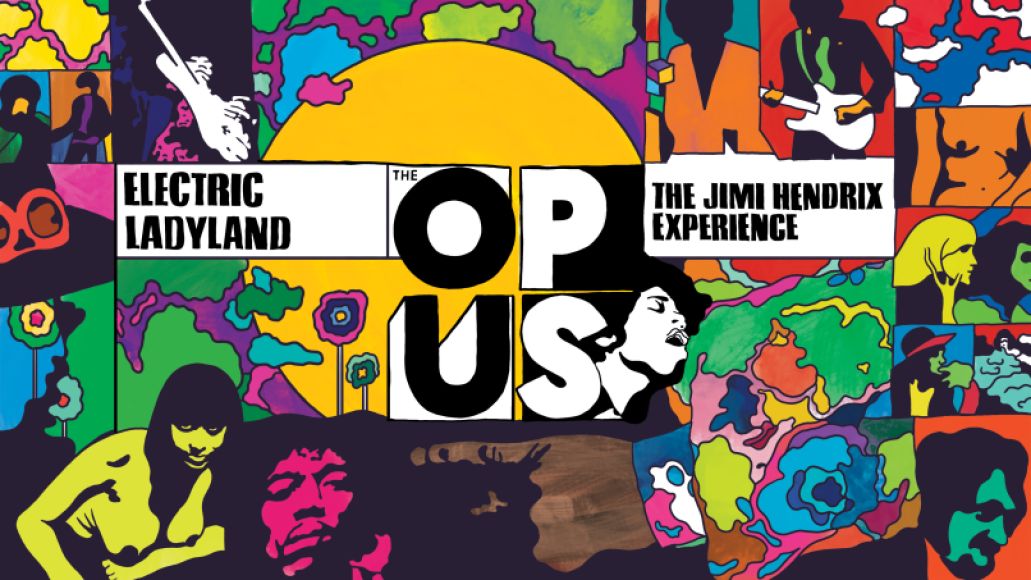 To understand how Hendrix influenced grunge, it’s essential to understand how he influenced rock music as a whole. Guitarists had experimented with distortion and, to a lesser extent, feedback before Hendrix: The Beatles included a short feedback note at the start of “I Feel Fine” while Dave Davies of The Kinks created the crunchy guitar tone of “You Really Got Me” by slicing up his speaker cone — a trick Link Wray invented years earlier on “Rumble”. But more than any of his predecessors, Hendrix popularized those effects, treating them like fundamentals instead of gimmicks. It’s all there on Are You Experienced, the debut album from The Jimi Hendrix Experience, in the fuzzed-out riffage of “Purple Haze” and the feedback howl that opens “Foxy Lady”. If that was the last we’d heard of Hendrix, he’d still have fundamentally changed the way people play and hear the guitar.

While distortion and feedback are essentials for just about any guitarist, they’re far and away the most important two tools in the toolbox for a grunge guitarist. That’s also the case for heavy metal, one of grunge’s two stylistic origins, the other being punk rock. The two don’t share a lot of common ground — punk rock is fast and aggressive, whereas (early) heavy metal is slow and sludgy — and as such, most grunge bands took more from one genre than the other. Those that had a stronger heavy metal influence generally drew from the genre’s foundational bands (i.e. Black Sabbath, Led Zeppelin), which themselves drew from the blues rock guitarists of the 1960s, including Eric Clapton, Peter Green, John Mayall — and Hendrix.

Electric blues was woven into the DNA of Hendrix’s guitar playing; his earliest influences were bluesmen such as Muddy Waters and Albert King, and prior to forming the Experience, he had been a backing musician for R&B and soul acts like Ike & Tina Turner and Jackie Wilson, cutting (and learning to play guitar with) his teeth on the Chitlin’ Circuit. Are You Experienced is Hendrix’s bluesiest LP, and while it wouldn’t be accurate to say that the album influenced grunge, it’s possible to listen to the riffs therein — not the solos, but the riffs — and hear how they’re similar to what grunge guitarists would be playing years later. The guitars are blunt and harsh, distorted to the point where they’re almost unrecognizable as guitars. You could say that of “Purple Haze” just as you could for Nirvana’s “Smells Like Teen Spirit” or Soundgarden’s “Outshined”.

But as influential as his sound was, Hendrix hadn’t yet pushed it to its furthest extent. After all, Are You Experienced was a deceptively simple record in both sound and production — three musicians on four-track tape, recording with the kind of economy that hardcore punk and grunge bands would appreciate, playing relatively straightforward blues rock. That simplicity was nowhere to be found on Electric Ladyland, a kaleidoscopic double album where boundaries between rock, funk, blues, and even jazz dissolve like a tab of acid under the tongue. Nearly every track sounds like the birth of a new genre, perhaps none more so than “Voodoo Chile”, Electric Ladyland’s lumbering, smoldering centerpiece. In his review of the album last month, Robert Ham described “Voodoo Chile” as “pure Chicago blues,” and I can’t say I wholly agree; no one — not John Lee Hooker, not B.B. King, not even Muddy Waters, whose “Rollin’ Stone” was the basis for Hendrix’s song — had suffused the blues with such heaviness or stretched them out to infinity the way Hendrix did on “Voodoo Chile”. Listening to it now, it sounds like the primordial sludge from which heavy metal crawled.

Countless words have already been written about Neil Young’s role as the “Godfather of Grunge,” owing to his own guitar playing as well as his influence on Eddie Vedder and Kurt Cobain. Hendrix, then, ought to be looked at as the “Grandfather of Grunge”: by pushing the blues into heavier and harder territory with the use of distortion and feedback, Hendrix helped create heavy metal, which in turn would help create grunge. It’s been nearly 50 years since Hendrix’s passing, yet his legacy has been untarnished by decades of tributes, analysis, and mythologizing. If anything, Hendrix’s shadow has grown longer and fuller, giving rise to genres he wouldn’t live to see yet laid the foundation for all the same.