The organizers behind KAABOO Festival will once again stage an offshoot event in Arlington, Texas this spring. The first annual KAABOO Texas takes place May 10th-12th at AT&T Stadium, boasting a lineup led by by The Killers, Kid Rock, Sting, The Avett Brothers, and Ms. Lauryn Hill.

Tickets are now on sale via the festival’s website.

Along with its Texas festival, KAABOO stages an annual event in Del Mar, California as well as a second offshoot fest in the Cayman Islands. 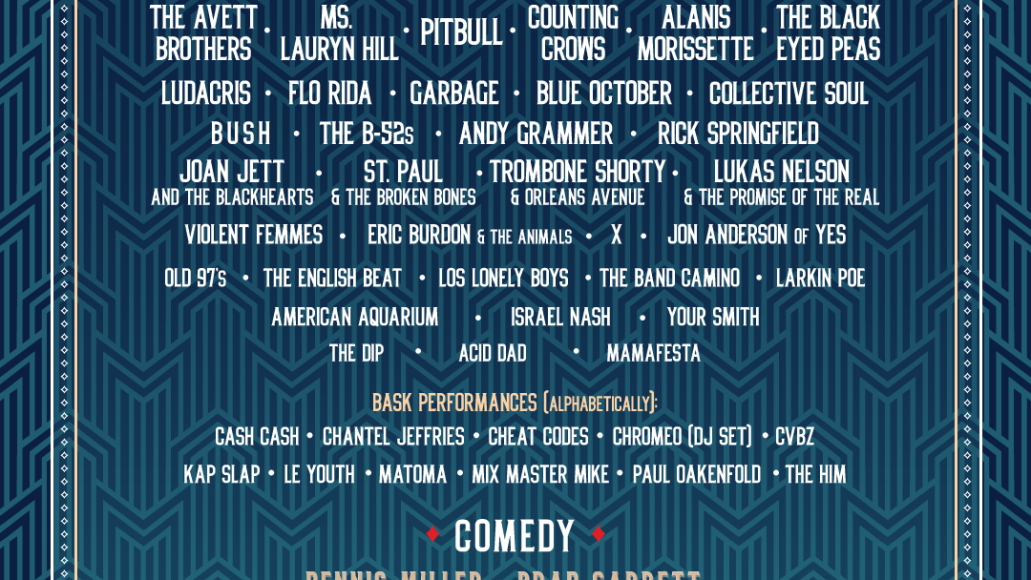