Earlier this week, the NFL officially announced Maroon 5 as the headliner of the Super Bowl 2019 Halftime Show with special guests Travis Scott and Big Boi. The news came after months of speculation and a more exhaustive search than usual; Rihanna, Pink, Nicki Minaj, and André 3000 all reportedly turned down invites to perform as a showing of solidarity with Colin Kaepernick, the former NFL QB who was seemingly blackballed from the league for protesting police brutality.

In order to secure Scott’s participation, the NFL had to agree to donate $500,000 to Dream Corps, a social justice charity associated with Kim Kardashian. A new report from Variety also claimed that Scott decided to move forward with the booking after receiving something of a blessing from Kaepernick himself.

“A source close to Scott said that while the two did not necessarily agree, they emerged from the conversation with mutual respect and understanding, with the rapper taking the stance that everyone makes a statement in their own way,” Variety wrote.

Now, however, Kaepernick is denying that he signed off on Scott’s decision to perform at the Super Bowl. Today, the former quarter retweeted a series of tweets that directly refute the Variety report regarding Scott and Kaepernick’s supposed phone conversation.

One from radio host and partner, Nessa, reads “There is NO mutual respect and there is NO understanding for anyone working against @Kaepernick7 PERIOD. #stoplying.”

Another came from Ebro, Hot 97 DJ and friend of Nessa. “Kap did not approve this bullshit! Get the fuck outta here,” his tweet read.

Nessa also appeared to tweet directly at Scott. “If you’re with them, then you are definitely not with us,” she posted, alongside a definition for the word “sell-out.” Kaepernick also retweeted this on his account.

Check out Kaepernick’s telling retweets below. 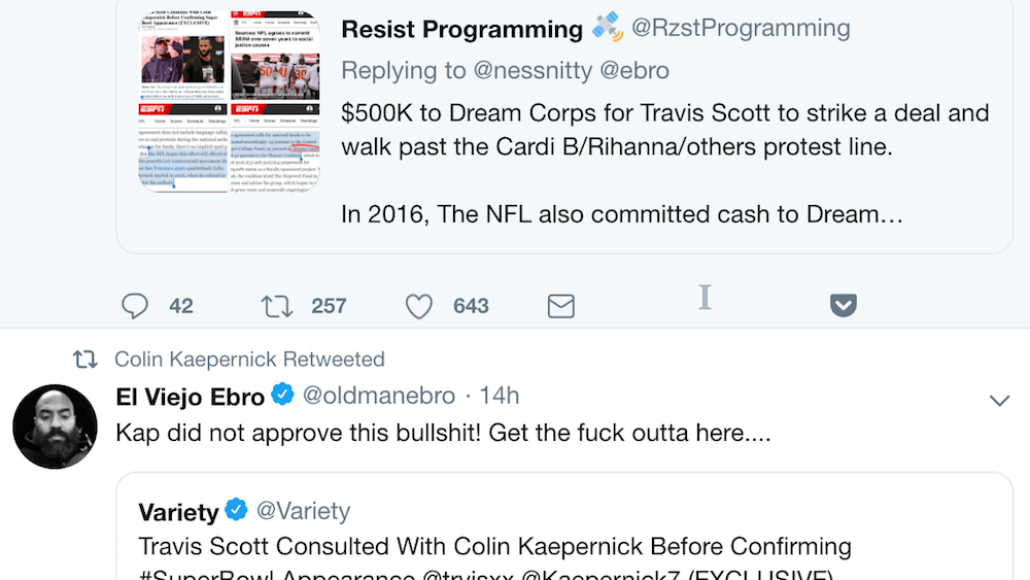 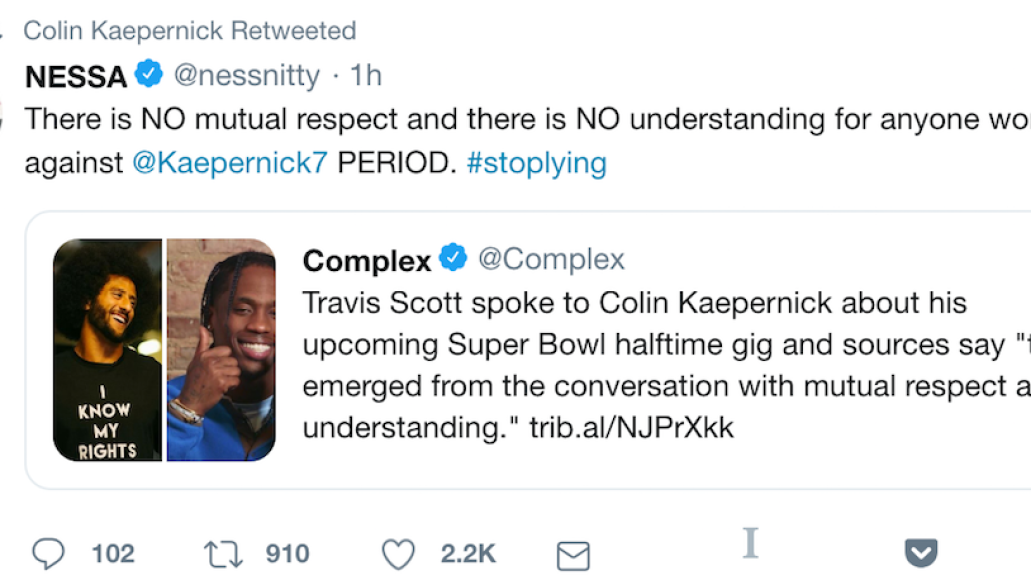 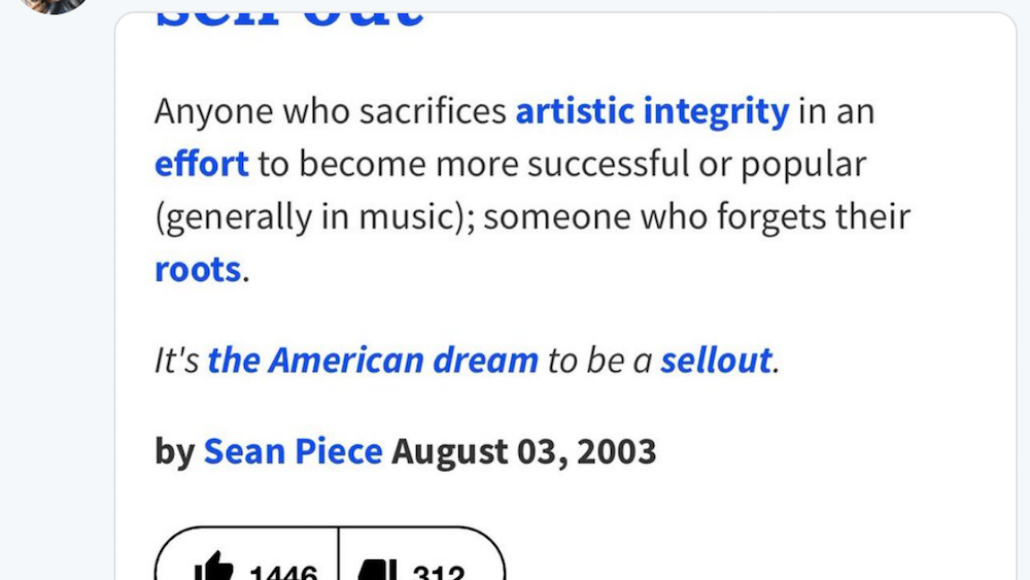 Super Bowl 53 is set for February 3rd, 2019 at Mercedes-Benz Stadium in Atlanta.