It certainly seems like 2019 will be the year of King Crimson. In celebration of the prog-rock outfit’s 50th anniversary, the band will embark on a 50-date international tour that will coincide with reissues of their back catalog, a new documentary, commemorative merchandise, and even a new edition of Sid Smith’s out-of-print biography of the band.

February will see the release of a 6-LP vinyl box set, King Crimson: 1972-1974, which collects new vinyl reissues of Larks’ Tongues in Aspic, Red, and Starless and Bible Black, among others. Then in May, they’ll unveil Heaven and Earth, a multi-disc CD/DVD/Blu-ray set covering the band’s period from the late 1990s to 2008 — completing the availability of all of King Crimson’s albums in 5.1 multi-channel audio.

Come October, the band will release a limited edition expanded box set of its breakthrough, 1969’s In the Court of the Crimson King. That collection will include an expanded multi-tracked version of the 1969 recording sessions, as well as new live recordings, a 5.1 remix of the album, and a vinyl-sized coffee table book packed with essays and photos. 1982’s Beat and 1984’s Three of a Perfect Pair will also see vinyl reissues at some point in the year.

A documentary, Cosmic F*Kc, will also arrive this year. Directed by Toby Amies, who received “unique access to the current band,” the film will feature interviews with past members and archive footage. An accompanying soundtrack will arrive with the documentary.

The final three editions of King Crimson’s “Collectors’ Club” will also be released this year. The first will be a recently discovered board recording of a concert in Newcastle on December 8th, 1972.

Long absent from streaming music services, King Crimson will also be making a selection of tracks available digitally. Each week for 50 weeks, a new, rare, or alternate take from the band’s catalog will be released digitally and on streaming services. The first of these releases, a version of “21st Century Schizoid Man”, can be heard below. 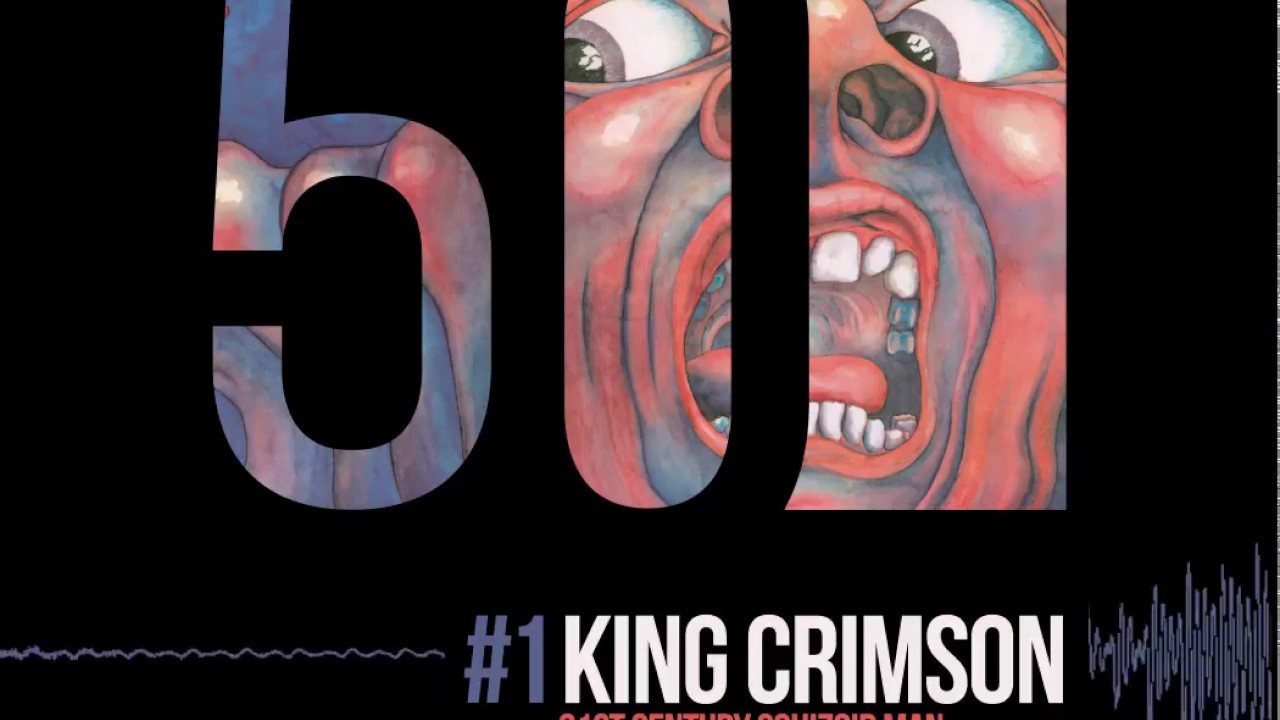 There’s also 50th anniversary T-shirts and limited edition silk screen prints of Barry Godber’s In the Court of the Crimson King artwork signed and numbered by Robert Fripp himself.

And, honestly, that’s not even everything. Head here for the full breakdown of the band’s anniversary plans.

As for the tour, it includes dates at New York City’s Radio Music Hall and London’s Royal Albert Hall. See all of the announced dates below. More are on the way. Get your tickets here.