Part of the reason we go to the movies is pure nostalgia. We grew up with them. They’ve always been there. They’re an institution. Hell, if we look back far enough, we can probably trace most of our life lessons to times spent sitting by our folks, munching on popcorn while laughing, crying, or hollering in a crowd of hundreds. The rain hammering down on the roof. The lightning cackling beyond the theater walls. It’s all still there.

That’s why we still prioritize movies for all families. Although cineplexes “aren’t what they used to be”, as the old adage says, and are more of an over-the-top caricature of themselves — kind of like something out of Rocko’s Modern Life —  they’re still an excellent escape for any nuclear family. It’s a bonding experience, and those experiences are priceless. Or rather, worth the $150 it costs to take a family of four out these days.

Nevertheless, 2019 offers a complete slate for the family, mostly thanks to Disney, which is delivering three live-action remakes of popular stories, an adaptation of Artemis Fowl, and a sequel to one of their most lucrative properties yet. In between, however, are a smorgasbord of goodies, ranging from the return of America’s favorite spooky, ooky family to the return of Britain’s most exciting hopeful Joe Cornish.

So, grab your household budget and start planning below. Oh, and if you’re wondering why we didn’t include Pixar’s highly anticipated Toy Story 4, we felt its crossover appeal insisted upon it being on our next list: 10 Most Anticipated Sequels of 2019. Rest assured, we’re just as psyched for the return of Woody, Buzz, and Slinky Dog as you are, and you’ll read all about it in tomorrow’s fifth and final film preview.

The Kid Who Would Be King 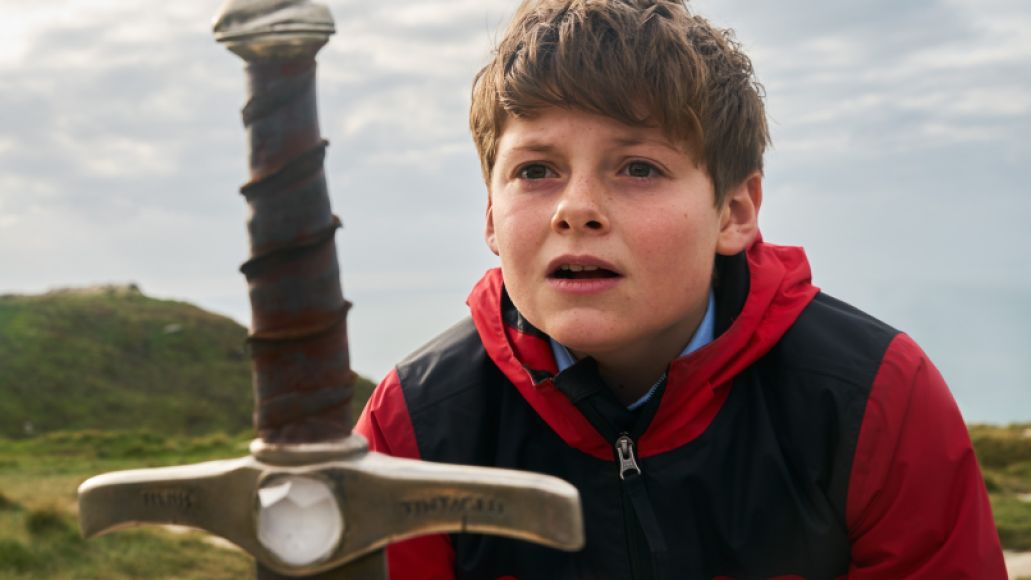 The Kid Who Would Be King (20th Century Fox)

Why We’re Excited: For his first feature since 2011’s criminally underseen Attack the Block, writer/director Joe Cornish will be taking a far more family-friendly approach with The Kid Who Would Be King. Starring Louis Ashbourne Serkis (son of Andy), the feature recalls any number of ‘80s and ‘90s adventure movies about everyday kids being whisked away to fantastical worlds. In this case, a bullied preteen discovers Excalibur, and soon finds himself locked in mortal struggle with a vengeful wizard (Rebecca Ferguson). Cornish demonstrated his eye for madcap whimsy with his contributions to The Adventures of Tintin, so hopefully it’ll translate to the live-action realm here. –Dominick Suzanne-Mayer 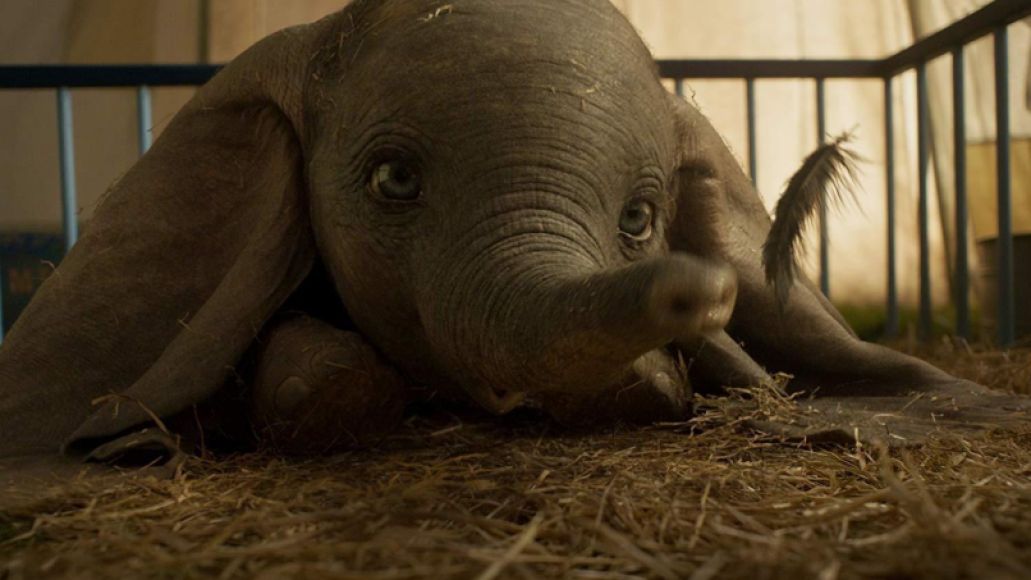 Why We’re Excited: Get those tissues ready, because Dumbo is flying back down from the heavens above. Director Tim Burton returns with another live re-imagining of our favorite bedtime story, this time heading into the circus, where he admittedly thrives. This isn’t his first rodeo for Disney, though, seeing how he more or less tipped off these live-action remakes with the successful but oft-forgotten Alice in Wonderland remake from way, way back in 2010. Still, we have high hopes for this one, mostly due to its cast, which reunites the filmmaker with Michael Keaton and Danny DeVito, who both starred in his strongest features to date (see: Beetlejuice, Batman, Batman Returns, Big Fish, et al). Not to get all nostalgic, but we’re really hoping for some old-school Burton with this one. –Michael Roffman 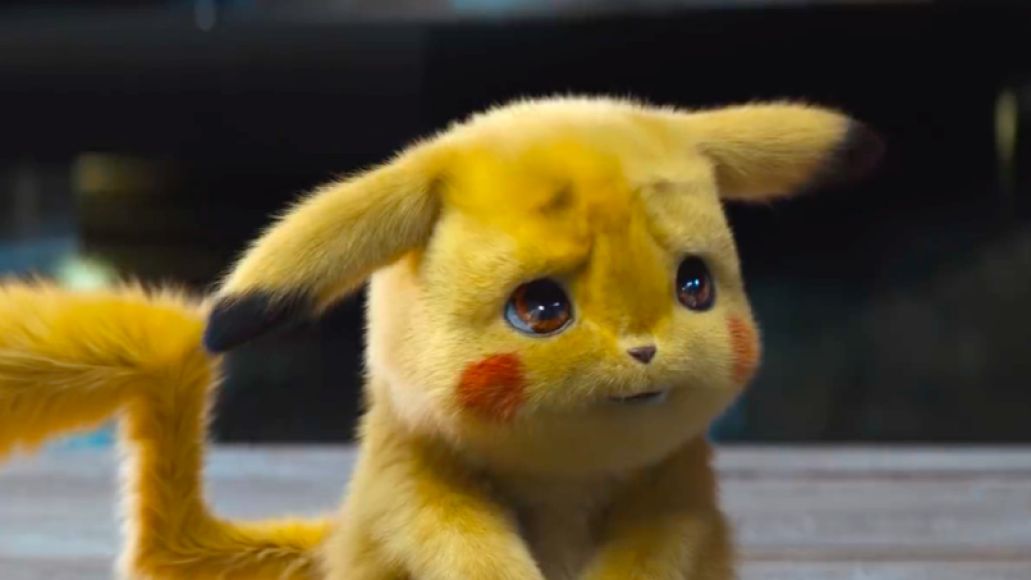 Release: May 10th via Warner Bros.

Why We’re Excited: We’ll be honest: we’re still over-the-moon excited about Detective Pikachu. If it’s good, it has a chance to kick off an entire Who Framed Roger Rabbit?-style franchise of movies in the boundless, hundreds-deep Pokemon universe. If it’s bad, hey, it’s still full of those extremely cute real-world Bulbasaurs. Ryan Reynolds assumes the hat and electric tale of the titular gumshoe, and we hope he’ll put his most charming face forward, rather than the snarky one that’s made him an even bigger star over the last few years. There’s no place for post-irony in the world of trainers and captive wild animals. Also, that live-action Mr. Mime is going to haunt our dreams for years. –Dominick Suzanne-Mayer 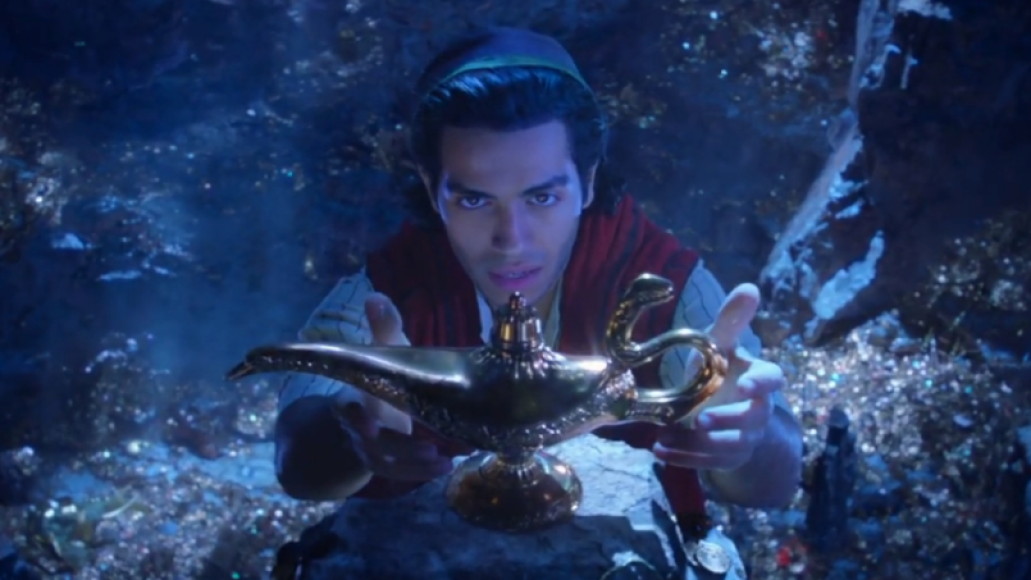 Why We’re Excited: Back in 1993, if you would have told me that The Fresh Prince would be the Genie in a live-action remake of then-animated blockbuster Aladdin, I probably would have followed you into an alley or something. Will Smith was unstoppable then, at his peak with the popular series, delivering one manic, wild-eyed performance after another. Now? Well, he’s been in some bummer jams as of late, which is why we’re admittedly thrilled to see him return to his comedic roots. We just hope he has some adrenaline left in the tank, enough to grant our three wishes. What are those? That he a.) finally delivers a third back-to-basics Bad Boys, b.) finally collaborates with Quentin Tarantino, and c.)  finally tours again. Otherwise, we’re fine with a quick, modestly memorable rollercoaster ride with the veteran comic … and director Guy Ritchie. –Michael Roffman 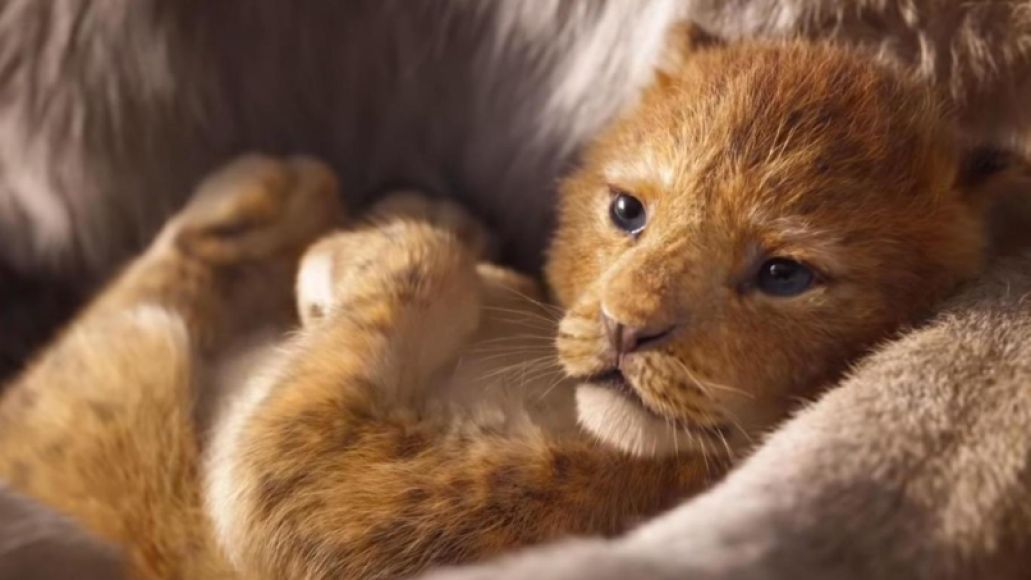 Why We’re Excited: Go ahead. Keep sitting there and fronting about how you’re not going to see The Lion King. How you’re not going to keep enabling Disney as it remakes every single movie in its wheelhouse except for Song of the South in live-action form. How you’re tired of remakes, even as Beauty and the Beast’s $2 billion worldwide means that at least some of you are outright lying. Everybody’s going to go see this, to hear Donald Glover and Beyoncé feel the love tonight and mist up in unison the second that opening sun gazes over the African savannah. This thing is going to print money, and if we’re lucky, it’ll be within at least spitting distance of the indisputably classic original. –Dominick Suzanne-Mayer 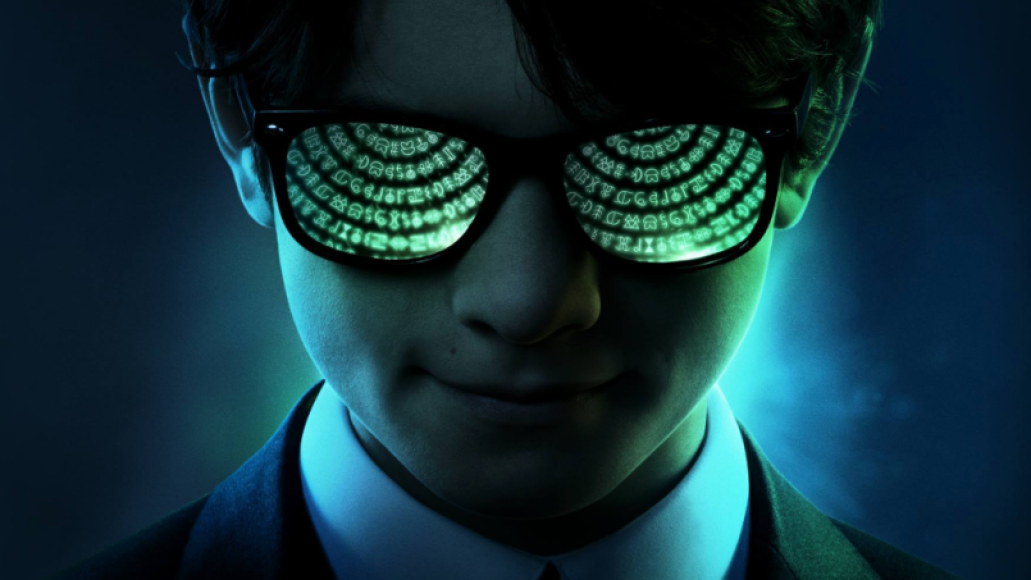 Why We’re Excited: Eighteen years is a hell of a long time to build up an IP, which is why Artemis Fowl is another lucrative offering for the ol’ Mouse House. The long-awaited adaptation of Eoin Colfer’s 2001 novel of the same name has been through grubby hands over the years, including that of known monster Harvey Weinstein, but now it’s finally in good company. Director Kenneth Branagh has taken the reigns and looks to bring his theatrical touch to the blockbuster epic, which follows a son attempting to save his criminal father and restore his family fortune with the aide of fairies. While that sounds like a movie perfectly suited for the young and dumb Eric Trump, odds are it’ll work for everyone. –Michael Roffman 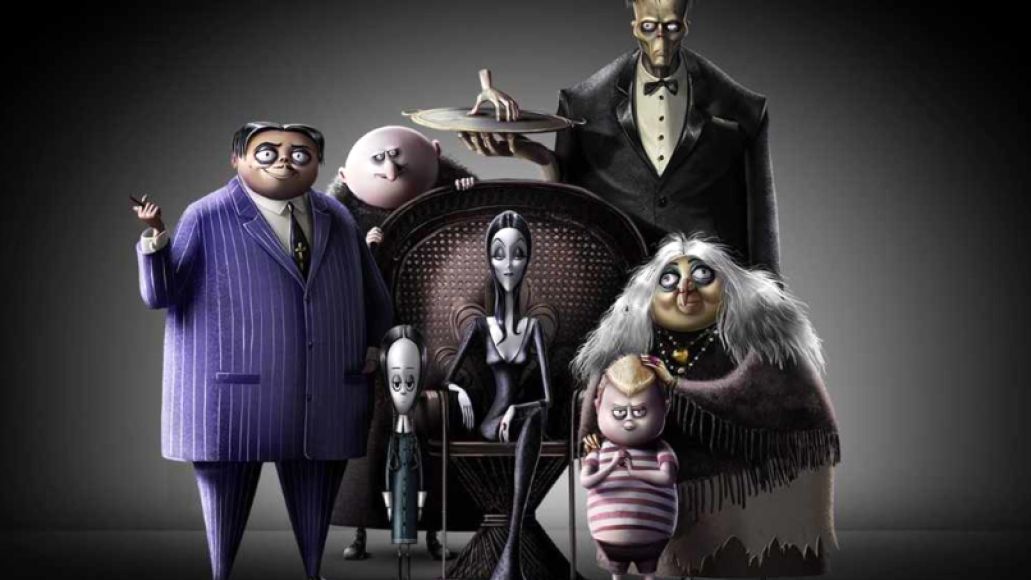 Why We’re Excited: Look, you had me at The Addams Family, but you really, really had me at The Addams Family as portrayed by Oscar Isaac (Gomez), Charlize Theron (Morticia), Chloë Grace Moretz (Wednesday), Finn Wolfhard (Pugsley), Nick Kroll (Uncle Fester), and Bette Midler (Grandmama). While it’s a shame they won’t be on-screen to partake in the ghoulish delights — the whole thing’s a computer-animated movie by the same guys who made Sausage Party — their voices will be more than enough to draw us into the theaters again, especially during the Halloween season. Granted, nothing will ever top Barry Sonnenfield’s original cult classics, particularly Raul Julia and Anjelica Huston’s iconic performances, but why should it? As long as we’re walking out singing that goddamn theme song — seriously, someone get Migos on it STAT — we’ll be smiling six feet under. –Michael Roffman 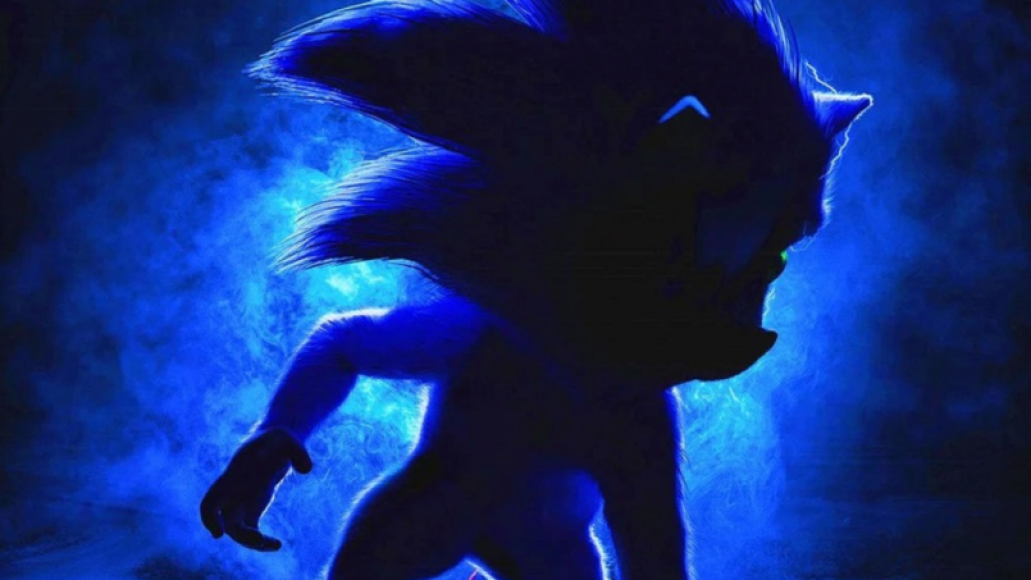 Why We’re Excited: Because memes are becoming an integral part of the movie pitch process in 2019, or so it would seem, here comes a live-action Sonic the Hedgehog movie. At least, unlike many of the sequels and reboots on the way this year (and in this article alone), nobody’s tried a Sonic movie yet. And hey, if we can’t have the Wachowskis directing it in the exact visual style of Speed Racer, at least there’s the consolation prize of Ben “Jean Ralphio” Schwartz voicing everybody’s favorite not-Mario platformer protagonist, and Jim Carrey as his arch-nemesis Dr. Robotnik. Also, there’s about to be a massive uptick in the market value of Sanic illustrations, so get ‘em ready while the iron’s hot. –Dominick Suzanne-Mayer 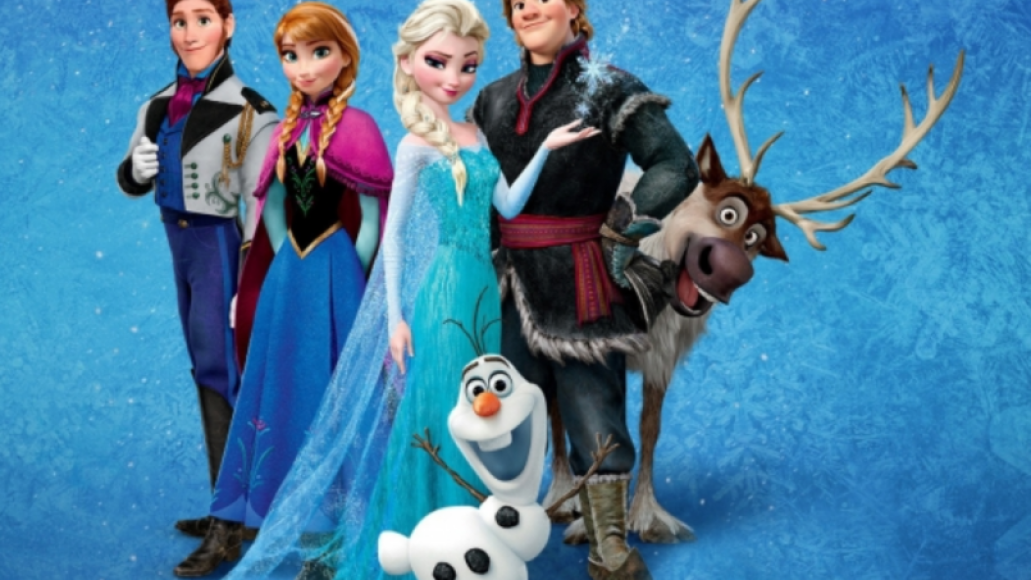 Why We’re Excited: Suddenly, parents around the world feel the hairs on the back of their necks stiffen. A cold chill runs through the body. Far off, in the approaching distance, a familiar eight-note tune is heard. They know it right away. They know that soon their children, too, will hear it. They know that once this has happened, another four goddamn years of “Do You Want To Build a Snowman?” will beset homes, cars, cafes, restaurants, and every other public and private space on Earth. And with Frozen 2, there will be new songs, new lines of Frozen attire, newly branded versions of every single Frozen thing a kid could ever want. We live in a post-Frozen world now. Also, between this and our next entry alone, Disney’s going to shatter every holiday season record under the sun. –Dominick Suzanne-Mayer 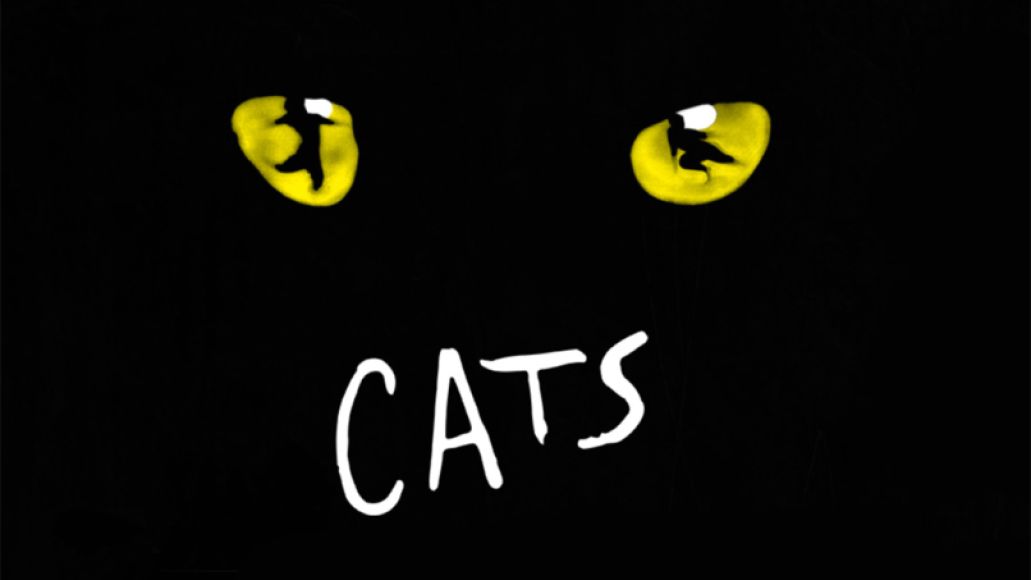 Why We’re Excited: A long time ago, my aunt dragged me to go see Cats as a ” birthday present.” Now, I’m no snob, I appreciate theater, but even as a kid, I just wasn’t enchanted by the musical. Maybe it was the large Kodak ad placed amid the pile of prop garbage. Or the fact that “Rum Tug Tugger” is the cruelest earworm out there. Either way, it didn’t do anything for me. Having said that, my ears are certainly up for Tom Hooper‘s forthcoming reimagining. Idris Elba as Macavity? Ian McKellen as Gus the Theatre Cat? Judi Dench as Old Deuteronomy?! Okay, I’m back. Of course, you have to put aside the lingering notion that this could be the most ridiculous and embarrassing live-action adaptation ever made, but hey, at the very least, well get to watch both Music and Film Twitter debate about over who’s MVP: Jennifer Hudson, Taylor Swift, or, gulp, Jason Derulo. Can’t wait. –Michael Roffman

10 Most Anticipated Family Movies of 2019