After receiving threats of legal action by the Saudi Arabian government, Netflix has pulled an episode of one of its shows from the Middle Eastern Kingdom.

According to multiple outlets, episode two of Netflix’s Patriot Act with Hasan Minhaj is no longer available in Saudi Arabia. The episode is critical of the Saudi government and its connections to the assassination of journalist Jamal Khashoggi. Host Hasan Minhaj used the coverup and President Trump’s tepid response as a launching point to question US-Saudi relations as a whole, addressing the two countries’ diplomatic ties as well as Saudi’s involvement in the Yemen conflict and its views on women’s rights.

Netflix’s decision to remove the episode came after Saudi officials threatened legal action against Netflix under the Kingdom’s restrictive cybercrime law. The law prohibits “production, preparation, transmission, or storage of material impinging on public order, religious values, public morals, and privacy, through the information network or computers,” punishable by up to five years in prison and a fine of up to $800,000.

At the center of the complaint is Minhaj’s mockery of Saudi Arabia’s ever-changing official stance regarding the murder of Khashoggi in the Saudi Consulate in Istanbul, Turkey. At first they said he left the Consulate alive, even going so far as to use a body double in security footage. Then they said he died in a fist fight, and then that it was a rogue operation.

“They went through so many explanations. The only one they didn’t say was that Khashoggi died in a free solo rock-climbing accident,” Minhaj joked in the episode in question.

The US Congress and CIA both concluded that Crown Prince Mohammad bin Salman “ordered, monitored” Khashaoggi’s murder. They say he was strangled to death and his body disposed of either in acid or by being chopped up with a bone saw. Eight individuals have been arrested in connection with the murder.

In a statement, Netflix said, “We strongly support artistic freedom and removed this episode only in Saudi Arabia after we had received a valid legal request — and to comply with local law.”

Update: In a tweet addressing the controversy, Minhaj wrote, “Clearly, the best way to stop people from watching something is to ban it, make it trend online, and then leave it up on YouTube.” He then encourage his viewers to donate to humanitarian efforts in Yemen.

Clearly, the best way to stop people from watching something is to ban it, make it trend online, and then leave it up on YouTube.

While the episode is no longer available on Netflix in Saudi Arabia, it is still streamable on YouTube. It’s not yet known if Google has received a take down notice regarding the stream, but you can view it below. 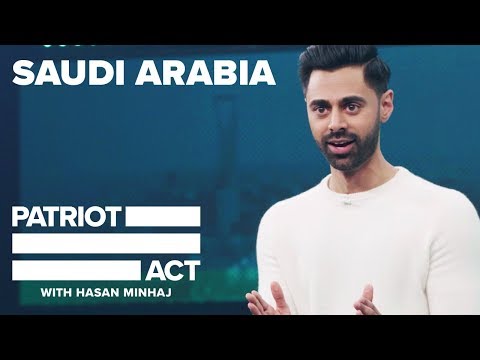