Rey Washam was likely a hero to Kurt Cobain, what with Washam having played in the influential noise rock outfit Scratch Acid, who Cobain often touted. Well, it appears Washam had his own dalliance with Nirvana, though not with Cobain. As Stereogum reports, the musician just took to YouTube with a recording of his jam session with Krist Novoselic and Dave Grohl in 1992, when both were still in the legendary grunge outfit.

“At the Nirvana rehearsal studio,” he writes in the caption of the clip. “Dave was obviously new to guitar, but had some songs he wanted to try out with a band.” The recording is lo-fi and ragged, but skip to 24:35 and you’ll hear an early demo of In Utero’s “Scentless Apprentice”.

Per Washam, he had recently quit playing drums with Tad, a band that Nirvana had toured with earlier in their career. “I had just quit playing in Tad and Dave asked me to come over and ‘jam’,” he writes. “I had never met Dave or Kurt and Krist even though I had heard Kurt was a fan of a band I used to be in, Scratch Acid. The jam was very low key, but I had to play Dave’s drums the way he had them set up for himself. Krist showed up and fun was had by all. This is only a portion of a two-hour jam session. Later that night we went to go see Gun’s and Roses at the Kingdome? Dave got me into the show and a little trouble started. Maybe a few too many egos in the place. I think the tape speaks for itself. Dave made the right decision to have Taylor play drums in Foo Fighters and not me. He never asked me to play with him again after that night. I still think he’s a good guy.”

(Read: The 10 Heaviest Moments on Nirvana’s In Utero)

There are multitudes contained in that description, though the stories therein will likely need to be saved for another day. In the meantime, listen to the 30 or so minutes of the jam session below. 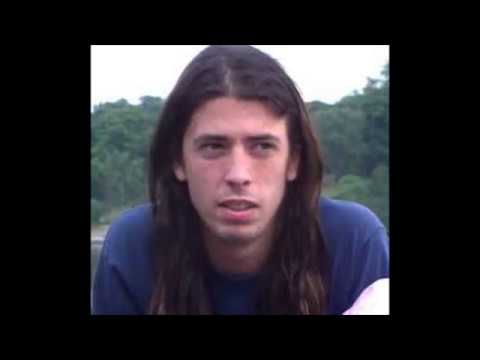