The lineup for the 2019 edition of the Rocklahoma festival has just been announced, and it’s led by Ozzy Osbourne, Disturbed, and Shinedown. The three-day fest will take place Memorial Day weekend, May 24th-26th, at the “Catch The Fever” Festival Grounds in Pryor, Oklahoma.

Osbourne’s headlining set will precede the next North American leg of his final tour, which kicks off May 29th in Atlanta, Georgia. “Believe it or not, I’ve been doing shows in Oklahoma since 1971, so I know that they have some of the best audiences in the world there,” said Ozzy of his appearance at Rocklahoma.

Shinedown frontman Brent Smith added, “We are very much looking forward to bringing everyone at this year’s Rocklahoma our 100% A-GAME!!! Get Up and Get Ready.”

Early bird tickets, VIP passes, and camping packages will be available this Thursday, January 17th, at 10 a.m. CT at Rocklahoma.com. While the festival doors will open at 2 p.m. each of the three days, the campgrounds will be open for more than a week, from Sunday, May 19th, through Tuesday, May 28th. 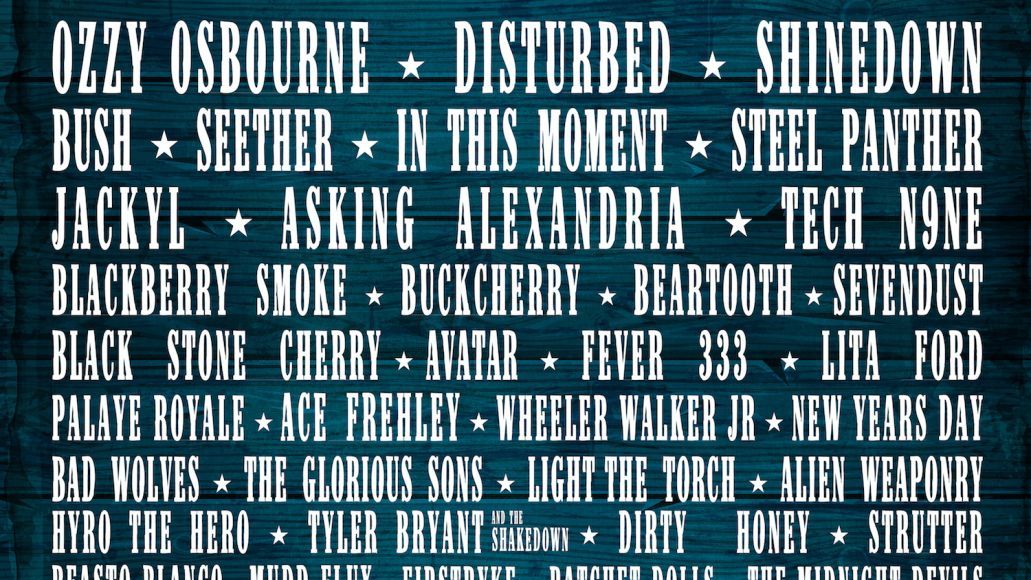