Given that his most recent role of note is a man with multiple personality disorder in the M. Night Shyamalan films Split (decent) and Glass (uh…), James McAvoy certainly has the skill set to take on hosting duties for Saturday Night Live. Sometimes, a good host can make or break an episode, and this week’s SNL certainly benefited from the Scottish actor’s command of accents and affectations. Like a lot of hosts, he was often put in straight-man roles that let the regular cast’s more bizarre characters bounce off him, he managed to hold his own in more than a few sketches.

McAvoy’s monologue was a perfect indicator of how his performance would play out: earnest, handsome, and more than a little nervous. Coming out on stage with a kilt, he spent most of his opening speech praising his homeland of Scotland (when he wasn’t flubbing, repeating lines, or getting the audience to roll with the punches when he missed the cue card). Still, it takes a hell of a lot of charm to recover from those kinds of mistakes, and McAvoy didn’t let the false note that started the evening affect the rest of his work.

Between his charming performance and Meek Mill’s assured hip-hop stylings, this week’s SNL turned out to be a thoroughly solid recovery from the past few weeks. Here are some of the night’s highlights. 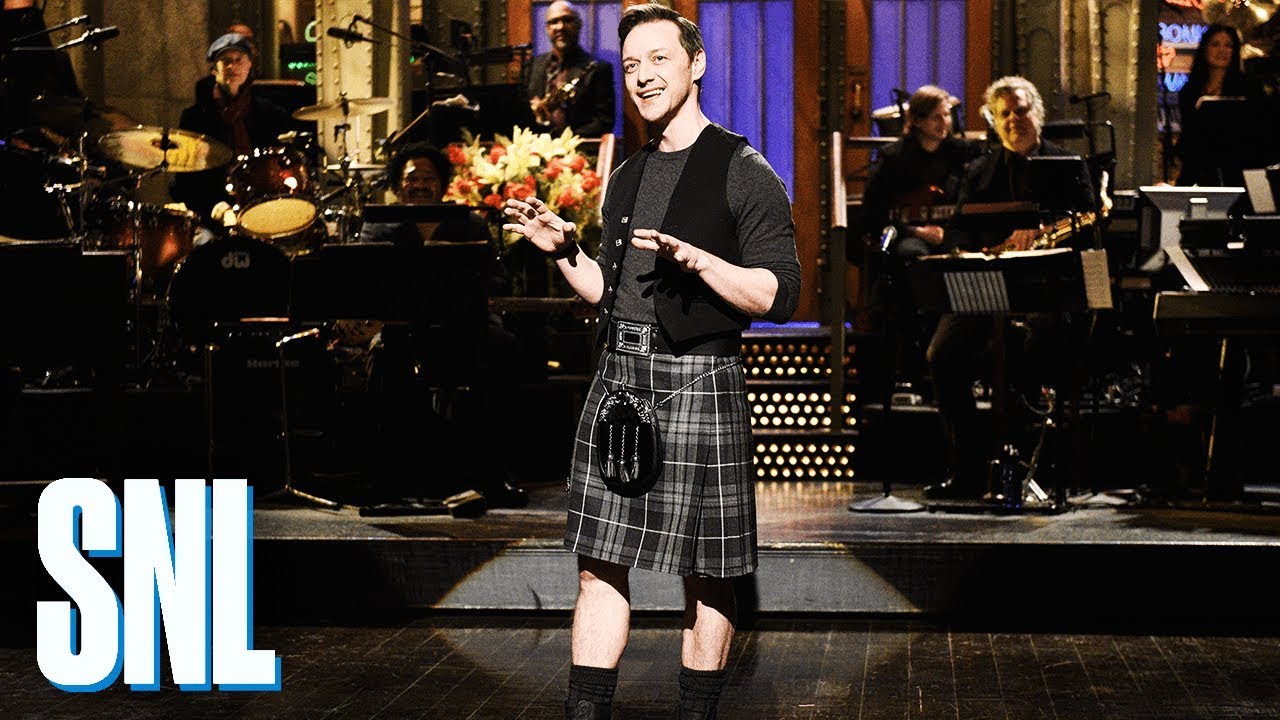 The Shutdown is Over, But the Gloating’s Just Begun 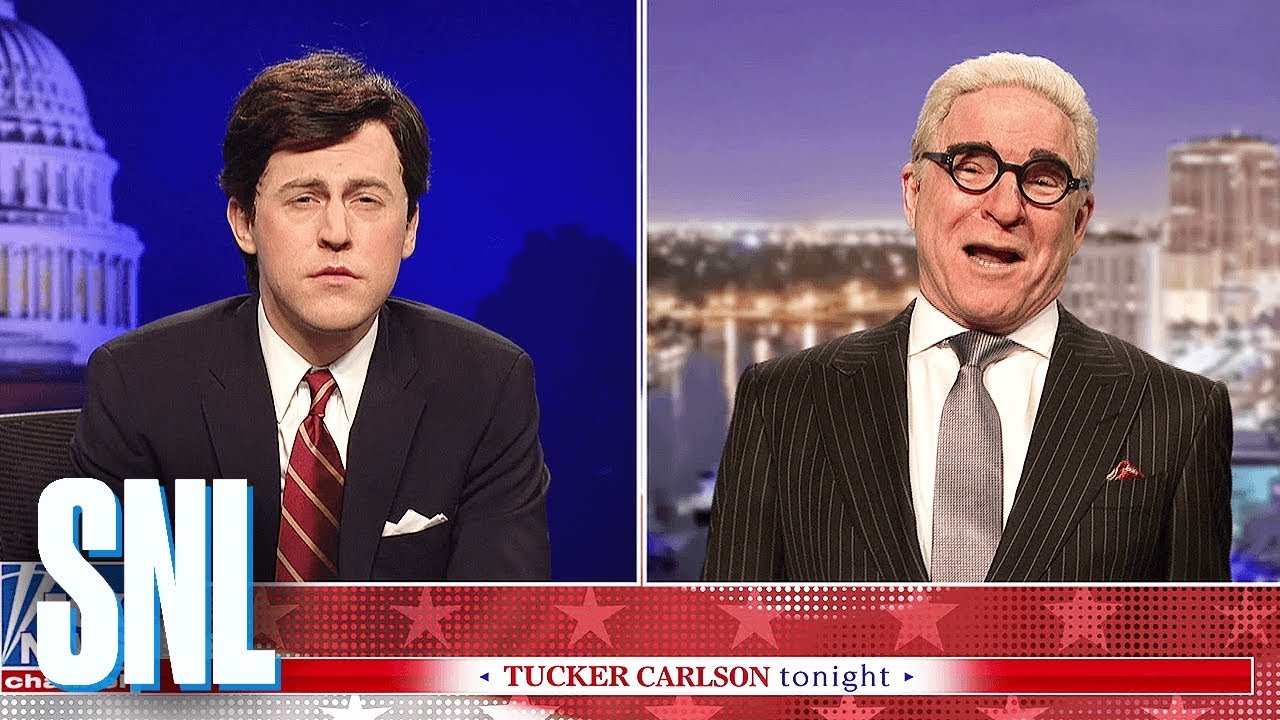 This episode came just off the heels of Trump’s eventual caving to the 35-day government shutdown, and SNL quickly got to work lampooning Fox News’ desperate spinning of the move as fifth-dimensional chess playing on the part of Trump. Alex Moffat’s Tucker Carlson was at peak smarm in the cold open, chatting about liberal evils with Cecily Strong’s megaphone-voiced Judge Jeanine Pirro (“How are you, Jeanine?” “A LOT!”).

As always, Kate McKinnon melts into the deep weirdness of freak-of-the-week Wilbur Ross, but a cameoing Steve Martin stole the show with an appropriately over-the-top rendition of former Nixon advisor and current(ly) out on bail Roger Stone. “I’m just a normal and straightforward guy!” he says, flailing his arms in his pinstripe suit and glasses that look like they were made from two monocles welded together. Between this and a pitch-perfect appearance from Strong’s own Cathy Anne, SNL had some wonderfully smug digs at the President’s incredible miscalculation blowing up in his face. 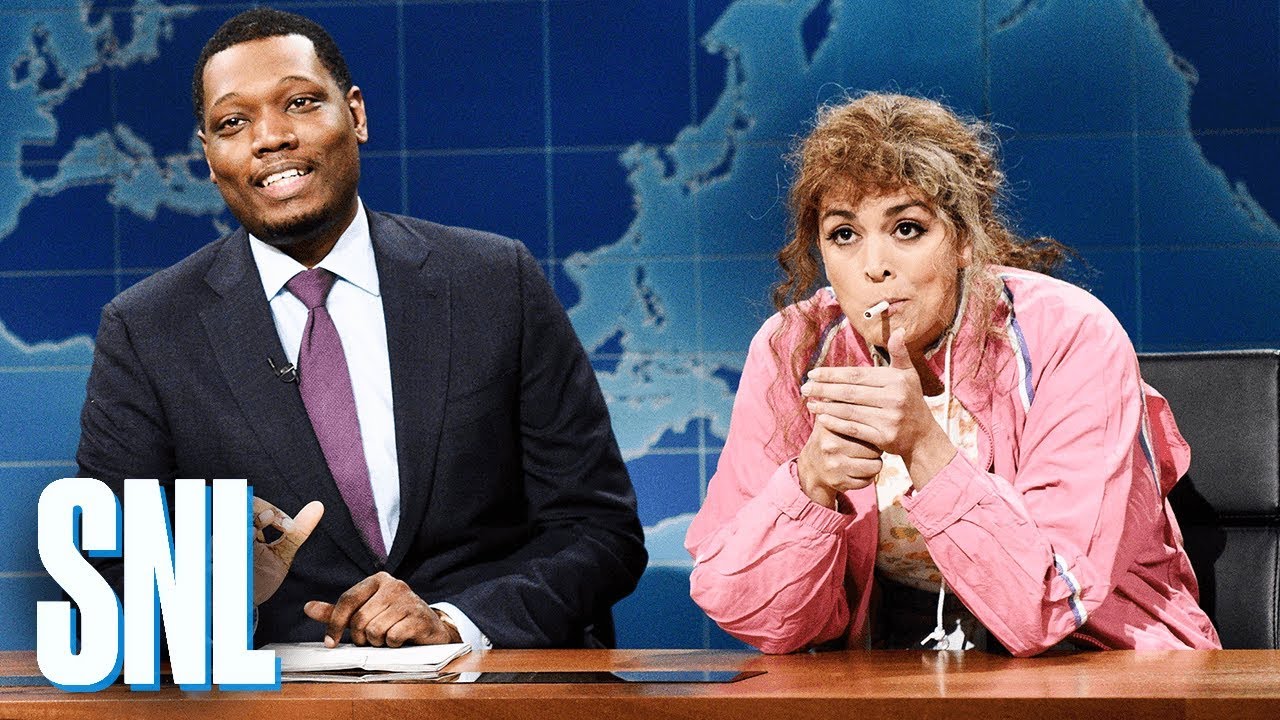 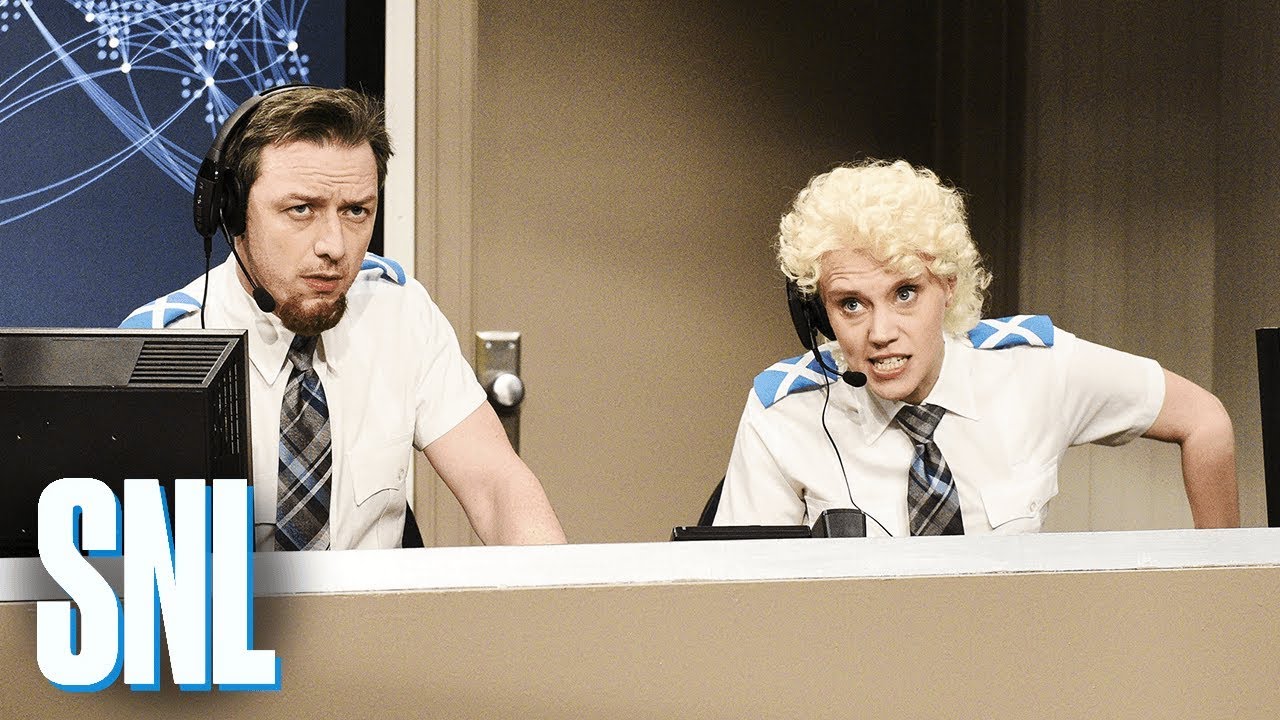 Of course, the star of the show was McAvoy, who won even in amidst his mistakes. He was in virtually every sketch of the night, which is rare for a guest host, and he threw himself into every single role he had. From a Scottish air traffic controller with an impossibly thick accent to one half of an obnoxious couple who won’t shut up about their trip to New Orleans (or, as they insist in calling it, “N’awwwwlins”), McAvoy’s plate was pretty full.

Even when he wasn’t stealing the show, he was just having a great time, especially when he started busting up next to Heidi Gardner as his similarly jazzed-up wife. As soon as his voice cracks like a teenage boy trying to get through a line like “Authentic N’awlins magic, baby,” you’ll giggle like one of the jittery horse girls who tracks their girlhood crush Mr. Tumnus all the way to Narnia in another short but sweet sketch. Breaking can be a dicey proposition — it can come off as sloppy in the hands of the wrong person — but McAvoy was clearly just having a ball, and it’s hard to fault him. 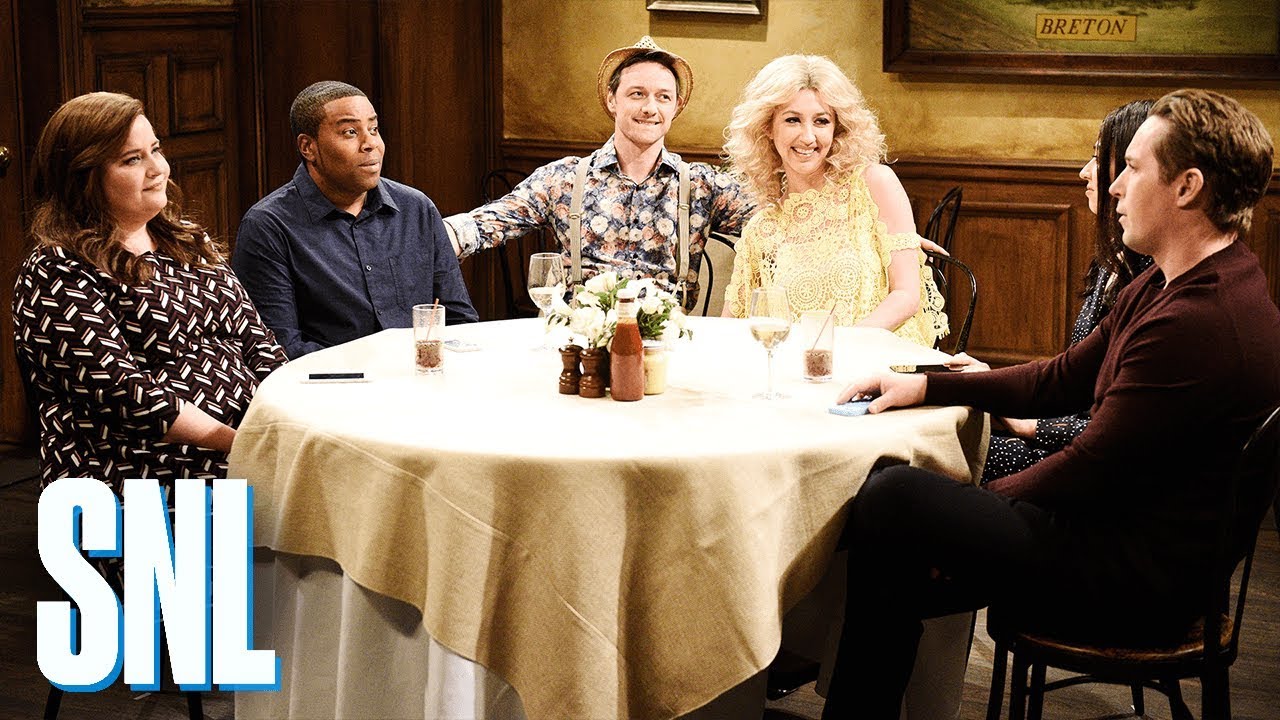 Mmm, I Missed You 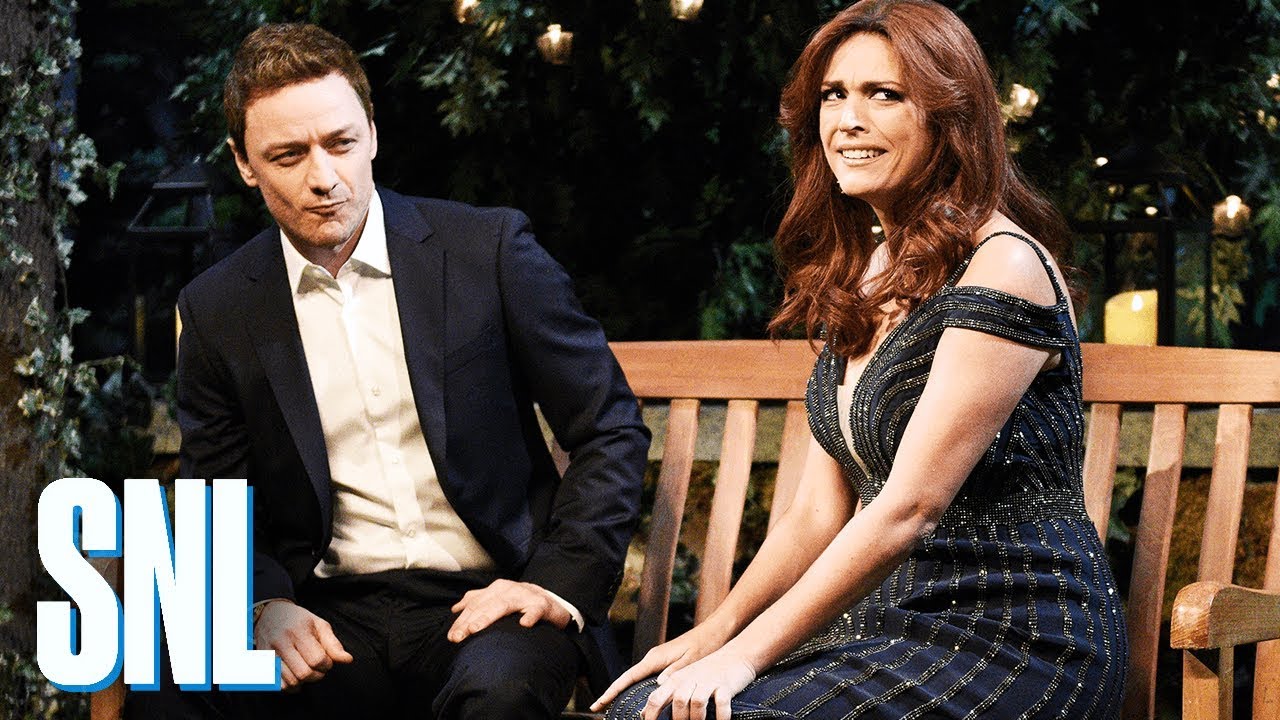 The best sketch of the night, though, goes to “Virgin Hunk”, a pitch-perfect opportunity for the SNL writers to get in some great digs about the vapidity of Bachelor contestants in the form of a dating reality show starring Dolton, “a 26-year-old virgin whose only job is exercises.” In a rotating, sped-up version of that scene in every Bachelor season where the contestants have a heart to heart on a bench, McAvoy’s squinty-eyed Dalton played straight man to a rotating sea of the show’s female cast, all showcasing the best and worst of the show’s parade of clueless opportunists.

Swapping each other out with a passive-aggressive “sorry, can I steal him for a sec? Mmm, I missed you,” everyone gets a shockingly incisive dig at the range of personalities showcased on these types of shows – from Hennessy, who’s “31, so I’m almost dead,” to Jessica C, who “doesn’t know what to say, because I’ve never been myself, even once.” It’s a gut-busting ode to the cavalcade of plastics that darken ABC’s doors week after week. 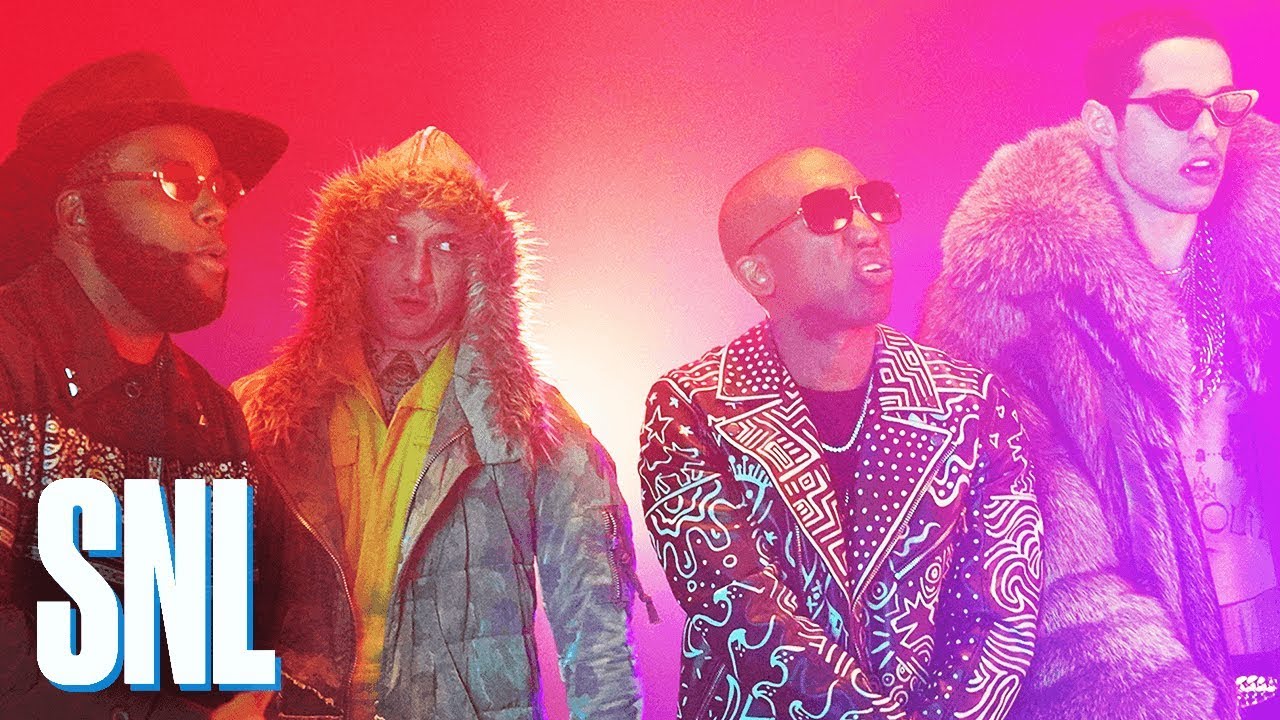 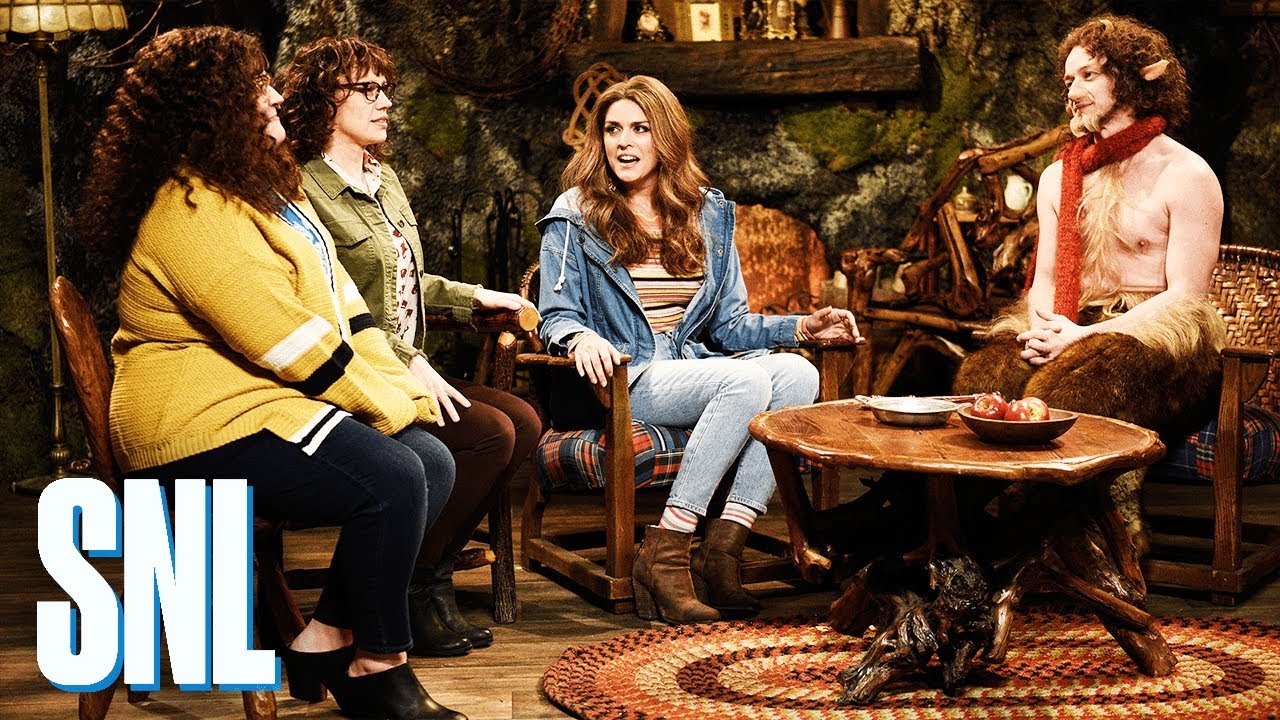