Send ‘em home happy. If you spend season after season, year after year with a show and a cast of characters, you want their final notes to be pleasant ones. As viewers, we’ve also invested in them. We’ve committed to their journeys by that point. To have them end in pain or tears or frustration would be too much after all of that. And most series, no matter how dark or cynical they may be, oblige their audiences on that account.

In the 20 years since The Sopranos first took to the airwaves, scores of shows followed in its footsteps, imitating its dark-hearted approach, novelistic bent, and antihero bona fides. In the ensuing two decades, television’s level of moral complexity rose; the chances to see protagonists make ethically questionable choices soared, and examinations of the grim underbelly of everything that TV once made bright and clean became legion and fashionable.

But for all the titans who emerged in Tony Soprano’s (James Gandolfini) wake, few if any have had the stick-to-your-guns conviction to finish their runs on a note so bleak, a loss so complete, or an ending of such unmitigated tragedy. In the final bows for Breaking Bad, Mad Men, The Wire, and the other heavyweights who became the keepers of the flame, there is certainly loss and death and a sense of mistakes and missteps catching up with the people who made them, alongside those unfortunate enough to be in their orbit. And yet, in the end, there is also relief, measured victory, and a hope born of freedom, rebirth, and renewal as well. 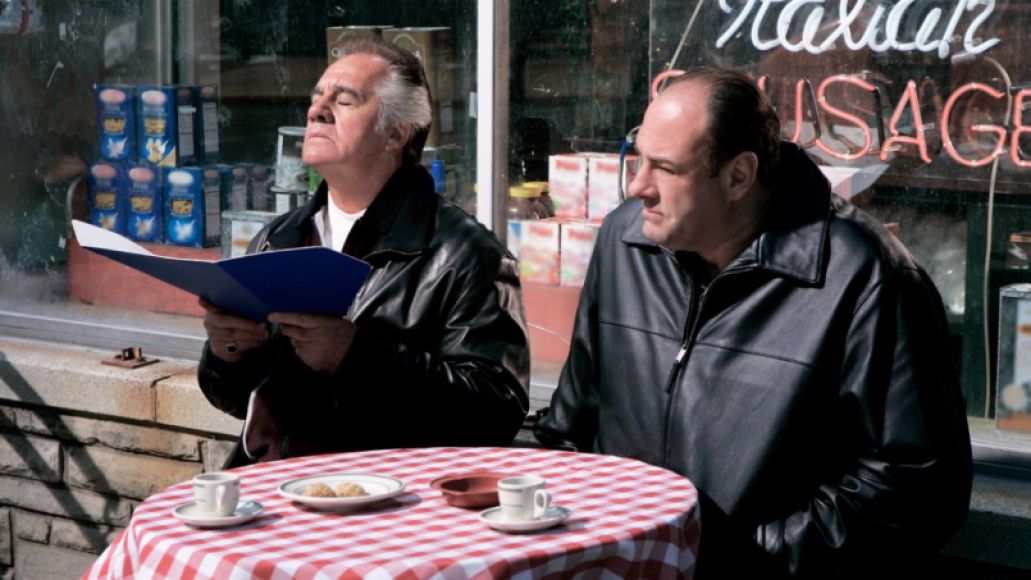 The Sopranos offers no such comforts in its swan song, only the harsh reminder that every effort to improve or escape has come to naught, and all that’s left is the same rot that brought everyone so low.

Because nobody wins by the time “Made in America”, the show’s polarizing season finale, comes around. In Tony’s mob family, Silvio is in a coma and might never wake up. Friends like Big Pussy have long since betrayed the code and so had to be disposed of. And Paulie, a man who Tony himself considered whacking not long before the finale frame, is left to preside over a line of empty tables in front of Satriale’s, attended only by the empty spaces where his cohort used to join him.

In Tony’s real family, Carmella (Edie Falco) has gradually, grindingly, seen her dreams crushed and her escape attempt thwarted, until she accepts that this unsatisfying life is the only one she knows how to live. A.J., the unwitting inheritor of his father’s conditions, gives up his budding activism and distaste for the injustice of the world at the prospect of a cushy job and a cushy life, where the status quo is easier than pushing, however naively, for something more. And Meadow, who Tony imagined would become a pediatrician, looking after innocents to assuage his guilty soul, instead becomes a civil rights lawyer, destined to defend mobsters like him after seeing how her father fared under the law. Despite Tony’s hopes for his children, that they might live a different sort of life, they’re still caught in the cycle his parents perpetuated; only the shape of it is a little different. 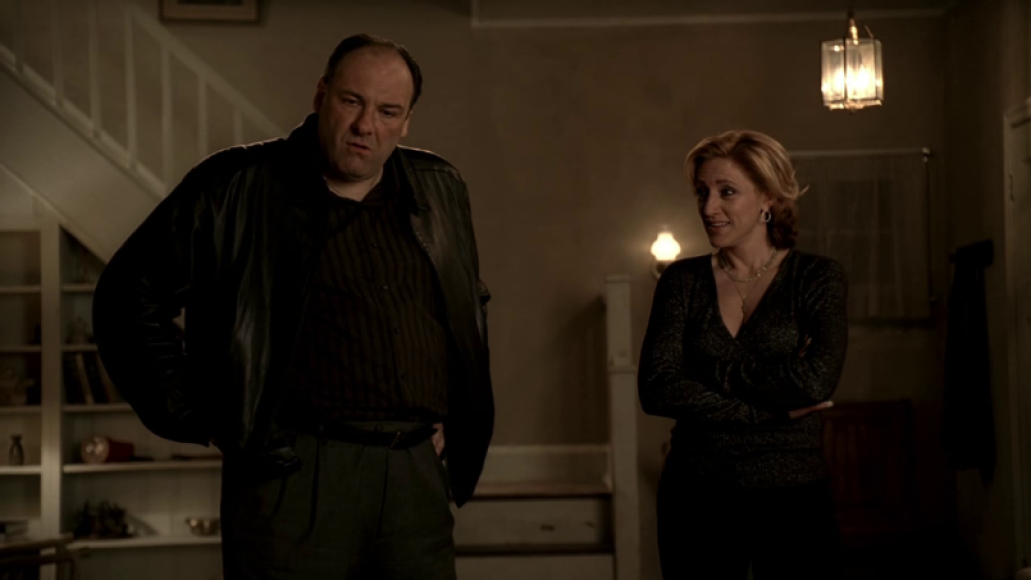 For the people who straddle the line between Tony’s two families, the fates the show offers are no better. By the end of the series, his nephew Christopher, who had the temerity to do what Tony couldn’t by giving up his bad habits and bettering himself, is drawn back into the muck by his uncle, until it and the man who lured him there come together to kill him off. Tony’s Uncle Junior, who spent so many years thirsting for respect, straining to be at the pinnacle of his line of work, doesn’t even know who he is when we last see him, all his life’s work banished to the shadows of dementia. And his mother, Livia, the most frightening villain in television history, dies an aggrieved, unloved, embittered woman.

Innocents like Adriana are culled. Better-natured baddies like Bobby Bacala are casualties of war. Guiltless bystanders are caught in the crossfire. Dr. Melfi alone manages to escape unscathed and only achieves that by cutting out the tumor that is Tony Soprano, this miserable creature who taints everything he touches.

And by the end, Tony himself fully and finally becomes a lost cause. Whether he lives or dies after that famed cut to black is, while maybe not the least interesting question from the series’ finale, certainly not the one that matters most. Whether he’s still drawing breath by the final stanza of “Don’t Stop Believing” or experiencing firsthand a punctuation he once prophesied that you could neither see nor hear, Tony is spiritually dead long before he stares down the man in the Members Only jacket. 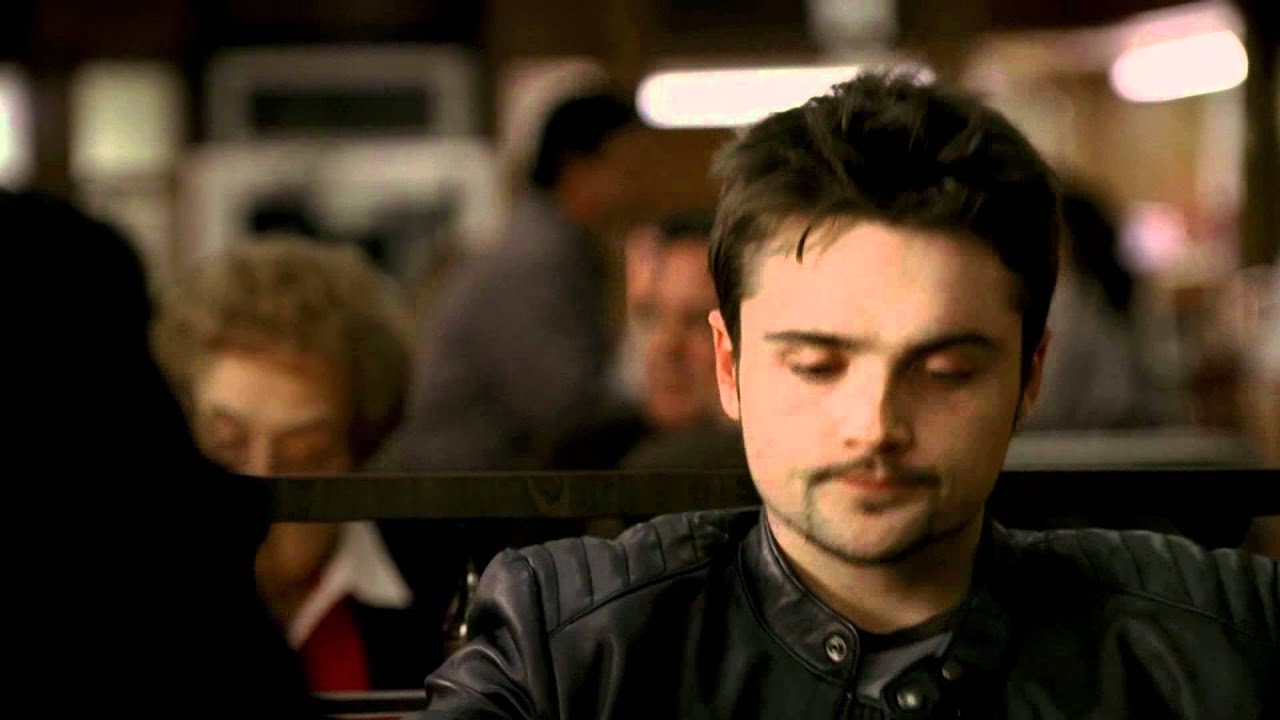 The Tony Soprano we see in “Made in America” has had every chance to change, from the support (and occasional enablement) of his therapist, to the morals and wake-up calls continually dispensed to him by the universe, to the near-death experience that gave him one final shot to realize what’s important and stick with it. Time and again, the comforts and privileges of his way of life were too much to give up. The culture and expectations of his “job” stunted his better impulses and fed his cruelty and selfishness. The scars of his upbringing, the twisted sense of love he knew growing up, proved too much to eclipse. The grand project from episode one of The Sopranos was for Tony Soprano to get better, and by the end of the series the show declares, in more actions than words, that he couldn’t do it and never will. Even if he’s still around after the credits roll, his soul has atrophied and his life is no longer worth caring about.

The abiding moral of The Sopranos is one of inescapable inertia. Change is not impossible. Betterment is not a myth. But both are elusive, painful, and excruciatingly hard. So many of the show’s players come so very close to finally seeing the quicksand they’ve fallen into and crawling out of it. But over and over again, they are inevitably dragged back down, by fate or misfortune or toxic Tony himself. David Chase, and his incredible team of collaborators, give us no respite from that.

Twenty years later, when so many other shows have tried to do what The Sopranos did, the thing that distinguishes this herald of modern prestige TV from the generation of shows it inspired isn’t its depth, its complexity, or its darkness, which, while extraordinary, have all been met and matched, in fractions and wholes, by the series’ successors. It’s the boldness of letting every personal journey through six seasons and 86 episodes fall to ruin. It’s the commitment to the premise that Tony’s grand projects — for his family, for his future, for himself — end in total failure. It’s the chutzpah of leaving every individual the audience cares about either dead, doomed, or irrevocably corrupted.

In a television landscape with so much darkness for darkness’ sake, The Sopranos painfully earns every bit of the bleakness of its ending. In a series with so many themes about its ecosystem and main character as a stand-in for the crumbling American Dream, its creators don’t give us the sop of pretending to build it back up. In a show about so many people trying to change, so many people wanting to do better, so many people hoping to escape, The Sopranos’s legacy is one of defeat, of capture, of tragedy, without a wisp of solace for an audience who watched it all happen in slow motion.

20 Years Later, The Sopranos Is the New American Tragedy