Sigh, it used to be that Toto’s “Africa” was one of the more obscure hits to appreciate. “Oh, yeah, I love this song! What’s it called again?” they used to say as you walked away from the jukebox with an Emoji smirk on your face. Hell, it was still under the radar even when it popped up in Stranger Things back in the Summer of 2016, soundtracking good ol’ Steve Harrington’s midnight make out session with Nancy Wheeler.

But that all changed last year, thanks to one Internet user who just had to tempt Weezer to cover it, giving them one of their biggest hits, and turning the goddamn song into an Internet meme … and a Pitbull sample. So, one would think, now that “Africa” has become the next “Don’t Stop Believing”, that the song is officially dead. But, they’d be wrong, as “Africa” will live on forever, and ever, and ever — no, really.

As the BBC reports, Namibian artist Max Siedentopf has set up a permanent sound installation deep within the costal Namib Desert that is currently playing “Africa” on a continuous loop using solar power energy, which will, as he says, “keep Toto going for all eternity.” It’s admittedly a sleek installation, too, comprised of seven white columns that each carry an MP3 player blasting everyone’s favorite ’80s hit.

“[I] wanted to pay the song the ultimate homage and physically exhibit ‘Africa’ in Africa,” he says. “Some [Namibians] love it and some say it’s probably the worst sound installation ever. I think that’s a great compliment.” But, what about if it “rains down in Africa”? “Most parts of the installation were chosen to be as durable as possible,” he adds, “but I’m sure the harsh environment of the desert will devour the installation eventually.”

Until then, Siedentopf hopes that the song will manage to survive the 55-million-year-old desert for, well, another 55 million years. It’s an idealistic notion, sure, but so was getting Rivers Cuomo to cover the hit in the first place, and it’s not like they’re going to stop playing the song anytime soon, either. In fact, according Toto’s Steve Lukather, he thinks Weezer will be tasked to play that song forever, too. Alas, the song lives on.

Watch video of the installation below. 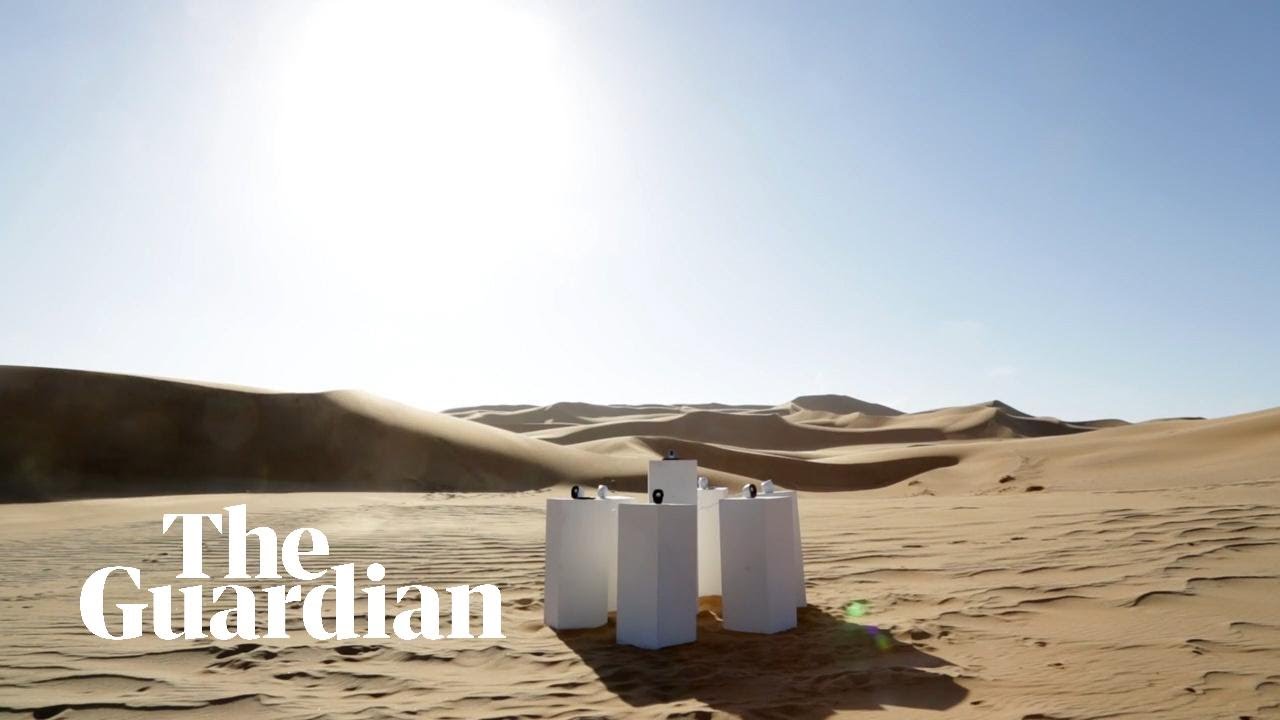 Toto's "Africa" to play for eternity in the Namib Desert