The Pitch: It’s been four years since Kimmy Schmidt (Ellie Kemper) and the other Indiana Mole Women crawled out of a bunker, where they’d been held hostage for 15 years by sociopathic cult leader Reverend Richard Wayne Gary Wayne (Jon Hamm). Buoyed by an addictive theme song (they’re alive, dammit!) and the veteran comedic chops of creators/writers Tina Fey and Robert Carlock, The Unbreakable Kimmy Schmidt has managed to transform a sadistic premise into a pretty reliable conduit for punchy slapstick humor. After a promising first half to its final season last May, which followed a fairly strong third season, Netflix released the final six episodes on January 25th. The back half of Season 4 sees Kimmy, Titus (Tituss Burgess), Jacqueline (Jane Krakowski), and Lillian (Carol Kane) tackle #MeToo, gentrification, and PTSD to varied results.

The Good: Underutilized bunkmate Donna Maria (Sol Miranda) gets her moment in the spotlight in the first of this last pack of episodes. It’ll come as a surprise to … well, absolutely no one … that Donna Maria is fluent in English and on a book tour for her critically acclaimed tome Tune Out the White Noise (this maybe should have been Kimmy’s first clue that the two weren’t destined to be besties). And as if published author isn’t impressive enough, apparently Donna Maria has become a successful owner of a chain of Mexican restaurants. There’s even one in the city! Odd that Kimmy’s never been invited!

Kimmy Schmidt doesn’t rely on the original mole-woman plot much anymore, but it’s always a pleasant surprise when the writers do — because the results are more often than not hilarious … and oddly thought provoking. The same is true here, when Kimmy, for the first time since perhaps Season 1, has to deal with the reality of someone not liking her. It’s heartwarming to see that even in this absurdist comedy, she’s really learned to cope with rejection in healthier ways. Both Miranda and Kemper have excellent comedic instincts, and the humor maintains a nice tempo across the episode’s 25 minutes — with brief interludes for Jacqueline to get hit on by millennials and Titus to get stalked by a suspicious man doing opposition research on men who auditioned for a popular puppet show before an impending scandal breaks. 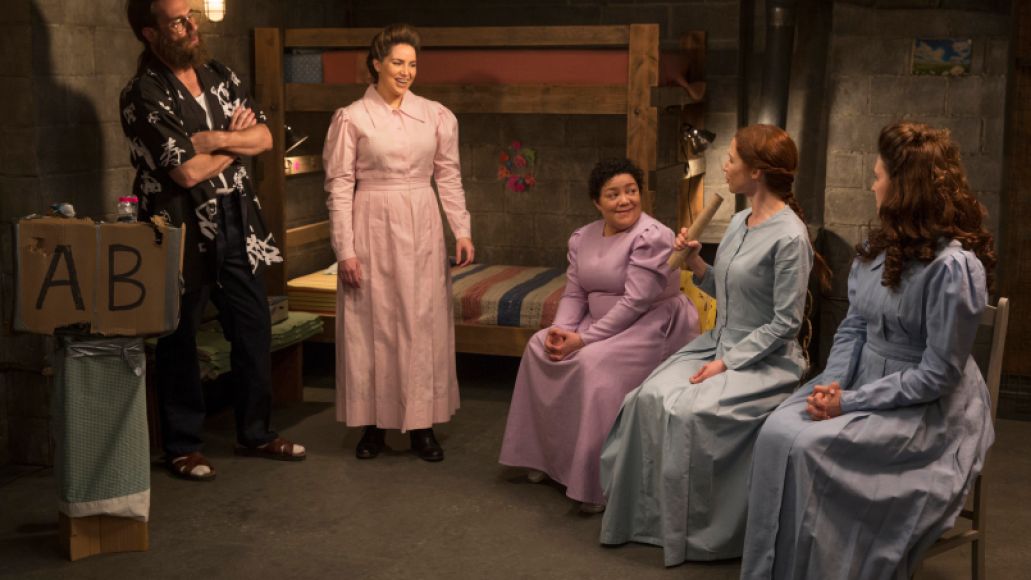 The Bad: Does every comedy series need a Sliding Doors episode now? For Kimmy Schmidt, this comes in Episode 9 (the third episode of this bunch). The 1998 Gwyneth Paltrow film plays off the question: What if one decision has the power to change your whole life? We then see how the world would have played out if said action never happened. Perhaps unfair to Kimmy, the premise just feels a little stale because the gals from Broad City just did this in 2017 — and, frankly, did it much better.

Kimmy’s version imagines a world where Kimmy refused to enter Reverend Richard Wayne Gary Wayne’s van. Instead of becoming the selfless goofball we’ve all come to love, Kimberly turns into a narcissistic broadcast journalist, concerned only with career success. Jacqueline, in this alternate reality, never marries Julian, which leads to the episode’s one truly funny side story: a romantic mishap with Donald Trump. Her televised affair with the real-estate mogul infuriates alternate-reality hubby Mikey (yes Titus’ beau, Mikey; don’t try to understand how this makes sense — it doesn’t). Meanwhile, Titus is a successful diva, and Lillian joins a Latino street gang.

The reason the episode fails so miserably flat is because these foils don’t actually say anything interesting about how the characters actually are, which is kind of the point of this sort of device, isn’t it? I know Kimmy Schmidt doesn’t exactly have realistic characters, but these alter egos feel so far removed from the core of the characters we know to render the whole episode false and irrelevant. Sure, the bunker informed Kimmy’s impulse toward trying to save the world, but without the bunker, I just don’t think she would land anywhere near the character depicted here. To add insult to injury, the episode is a loooooong 53 minutes, approximately 50 minutes too much (hey, the Trump skit is pretty funny—thank you Anthony Atamanuik). 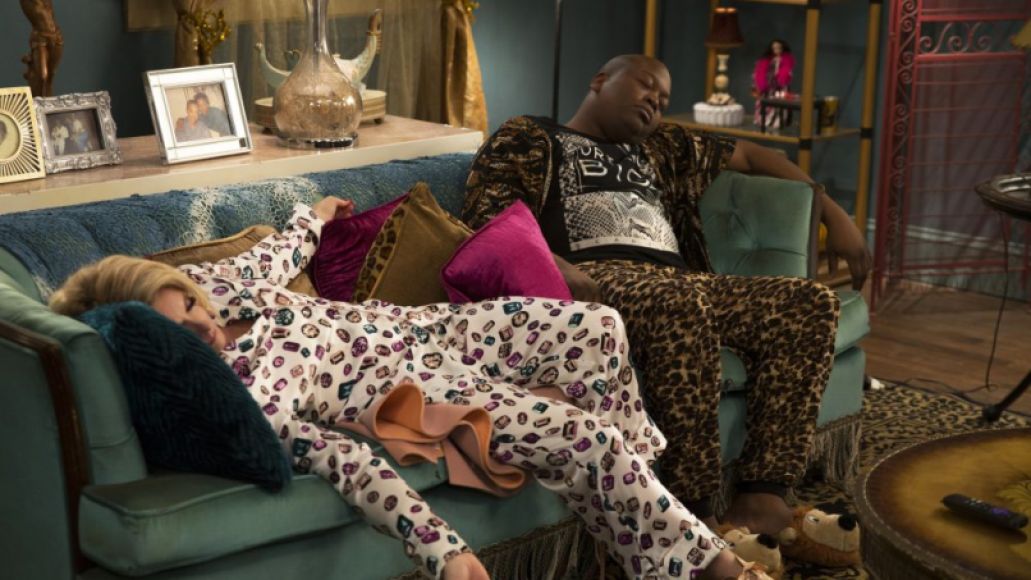 The Ugly: Surely, the show’s final season will get some press for its overtly #MeToo-inspired Titus plot. It’s easy to want to high-five any representation of the movement on screen, but something about Kimmy Schmidt’s depiction feels a bit funky.

Here’s the pitch: Titus, always on the verge of being recognized as the brilliant character actor he is, auditions for a role on the puppet show Mr. Frumpus. Shockingly, Mr. Frumpus begins making a move. Clearly in a parody of the Harvey Weinstein scandal, wherein the influential movie exec created a situation where women felt they had to perform sexual acts or suffer career consequences, Mr. Frumpus exposes his puppet penis to Titus, who clearly disturbed, forces himself to touch it.

In what seemed like a stroke of genius — at least initially — producers secure Ronan Farrow, one of the reporters who broke the Weinstein story, to star as himself reaching out to Titus to follow up on rumors of sexual assault involving the famous puppet. The phone call is a true LOL moment, but when Farrow doesn’t exit stage left but stays around for a couple more scenes, the show starts to feel a little uncomfortable. I mean, this journalist covered really serious assaults, and here we have him party to a multi-episode storyline about a puppet? Eh, editors, where art thou? 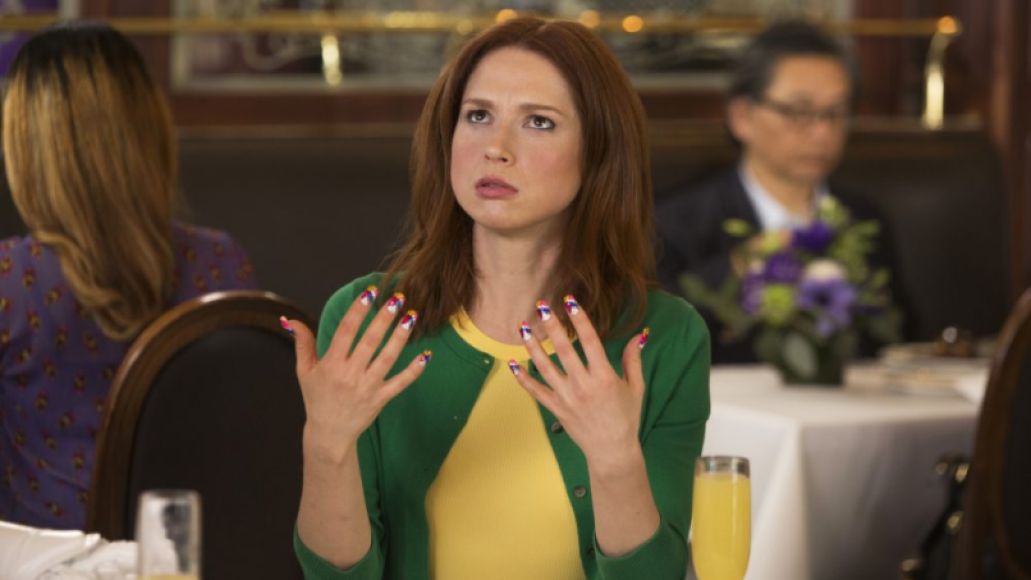 But what’s really kind of disturbing about Titus’s plot this season is that for a long time, it doesn’t appear to be actually saying anything. It’s not that the character of Titus mirroring the experience of real women comes off as offensive or cavalier, but the very fact that the show doesn’t have any additional commentary to add makes it feel like the plot is just intended to pander to the subset of the show’s audience that sees Kimmy Schmidt as a feminist icon.

That is, until late in the season when Titus mourns not coming out as a victim sooner because other victims are getting coverage on the Red Carpet (“that could be me!”). It’s super in character for Titus, so maybe some of this dark cynicism can be forgiven, but what does it mean that the only real message to glean from Kimmy Schmidt’s foray into #MeToo is that some victims might be in it for the spotlight? God, I hope that’s a blind spot and not the show’s intended message.

Verdict: Kimmy Schmidt’s been hit or miss for a couple of seasons now, so it’s not too much of a letdown that some of the final episodes work more than others. The real accomplishment from one of Netflix’s earlier titles is it proved that, hey, Netflix can, in fact, make a mostly good sitcom. Some more-recent additions, like the critically acclaimed One Day at a Time, are even great. Don’t go into these episodes expecting spot-on social commentary, but on a rainy day, at least Ellie Kemper’s full ownership of the role is bound to make you smile.

Even with the #MeToo missteps, I’m not going to go as far as Donna Maria and suggest you “Tune Out White Noise,” but just digest Kimmy’s offerings with a hefty grain of salt. When the show returns to its initial whacky premise — the comedy used to explore the trauma of surviving a cult — some surprisingly brilliant work is done. The problem is just that even with a super experienced writer’s room when Kimmy tries to comment on the larger world, it can be an interesting transition.

Where to find it? Unbreakable Kimmy Schmidt: Final Episodes is currently streaming via Netflix. 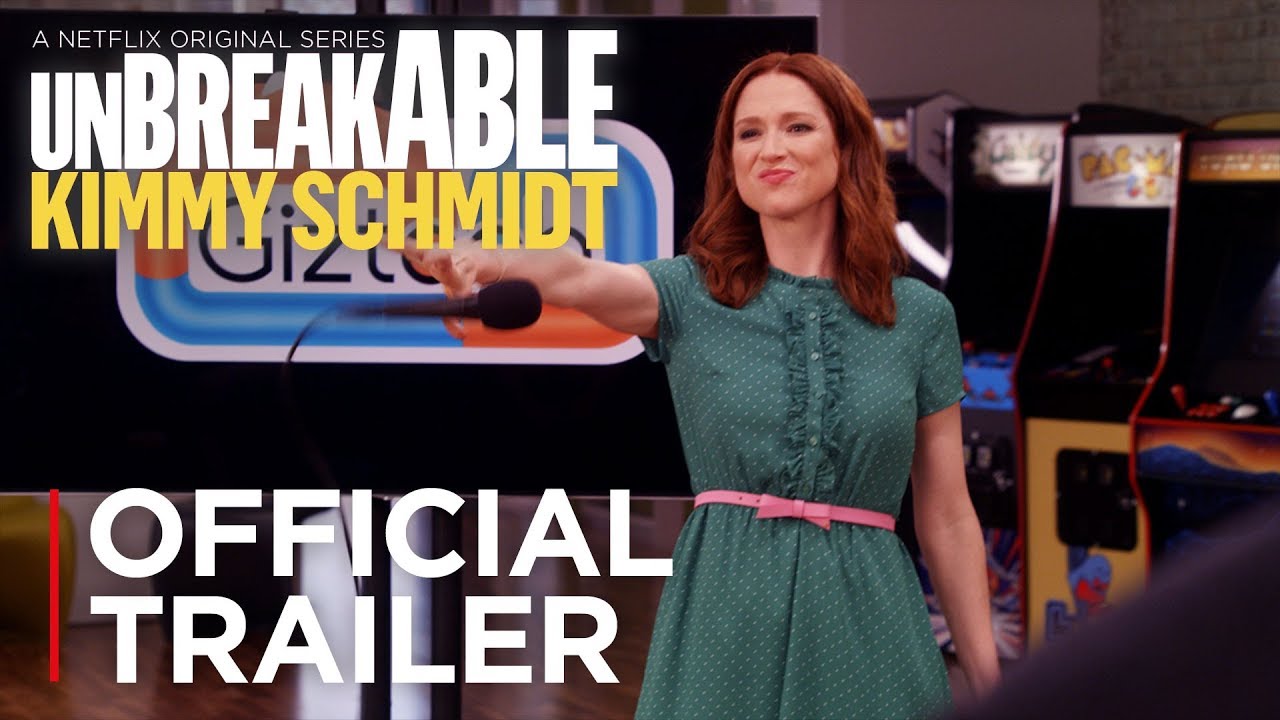