Note: This review originally ran on January 2nd and is being re-published for its season premiere.

The Pitch: After the West Coast vibes of Season Two nearly soured the entire franchise, Nic Pizzolatto returns to the rustic roots that made the first season of True Detective so compelling. It’s a dizzying case spread across three separate time periods — the ’80s, the ’90s, and the mid-aughts — that involves two missing children who go missing in the Ozarks. It’s a little West Memphis Three, it’s a little Johnny Gosch, it’s a little Prisoners. At the center of it all is haunted detective Wayne Hays (Mahershala Ali), whose dedication to the elusive crimes chisels away at his mind, body, and soul.

Take a Bite Out of Crime: True crime isn’t just a niche fascination anymore, but a thriving industry that’s gone mainstream, spawning chart-topping podcasts (Last Podcast on the Left, My Favorite Murder, Serial), best-selling novels (I’ll Be Gone in the Dark, Murder Beyond the Graves), trending documentaries (Amanda Knox, The Thin Blue Line), and countless TV series (Making a Murderer, American Crime Story, Mindhunter). There’s a whole psychology behind it — something the BBC dug into last month — but the bottom line is that people have a taste for blood, one that goes well beyond the maudlin fare that’s plagued network TV over the years, from CSI to NCIS to even Law and Order.

True Detective was initially a part of this wave in 2014, tapping into that gritty underbelly with a spider web of country-fried narratives that has since led fans to draw parallels to a number of real-life cases, be it the sex rings of Larry King or the Franklin Coverup in Nebraska. The problem with its 2015 followup was that it seemingly dismissed this culture, capitalizing on aesthetics and action over any sort of grounded narrative that you might actually find in a dusty, aluminum cabinet. With this year’s third season, Pizzolatto not only returns to the backwoods, but doubles down on its true crime ethos, going so far as to even frame parts of the narrative in a near-documentary style manner. 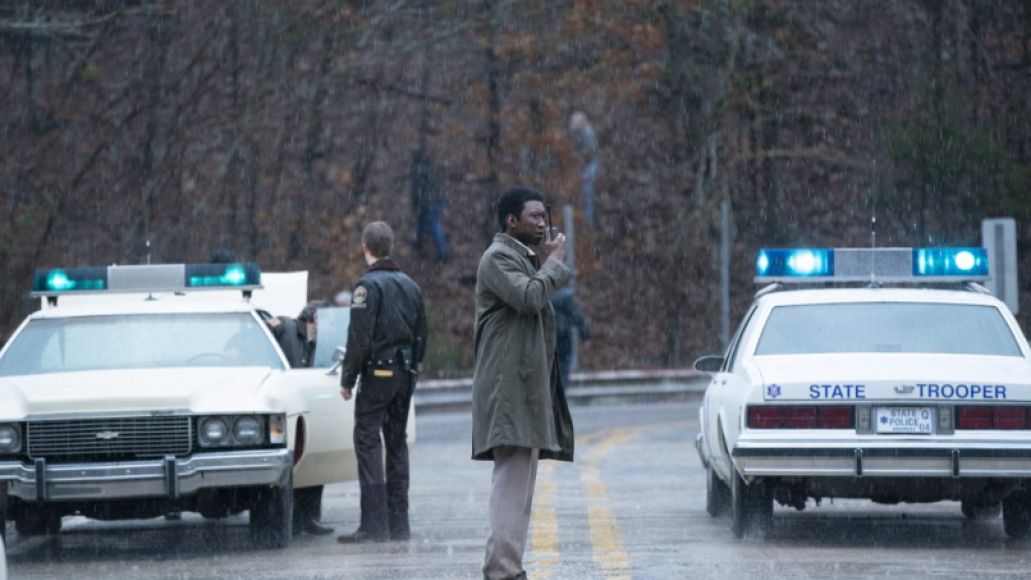 A Return to Form: Fans will eat this season up, and for good reason. It’s smart, it’s intriguing, and there’s a dreary atmosphere that can best be credited to director Jeremy Saulnier, whose head was clearly still in the dreamy, gloomy terrain of his latest venture, 2018’s Hold the Dark. Within the first five minutes, any fears that this might be another second season catastrophe are quelled by the confident swagger of its framing. There’s this palpable notion that its creators know what the fuck they’re doing again, which was hardly the case in its second season, which seemed to veer left and right in a weak attempt to keep you glued to the screen each week. Hell, that’s probably why David Cronenberg balked at the script.

Then again, some fans might feel this season’s a little redundant, and also for good reason. The allusions to the series’ inaugural run aren’t exactly understated — from the cultish implications to the existential meditations, the latter of which are admittedly far less pronounced here — and had this arrived in the wake of Rust Cohle (Matthew McConaughey) and Marty Hart (Woody Harrelson), there would certainly be grumblings of “been there, done that.” But, it didn’t and that’s an unexpected luxury its predecessor affords this season. Because now, these allusions feel more like motifs, giving this franchise some definition it hasn’t really had, save for the concept of pairing A-list talent that has since led to a running Twitter meme. 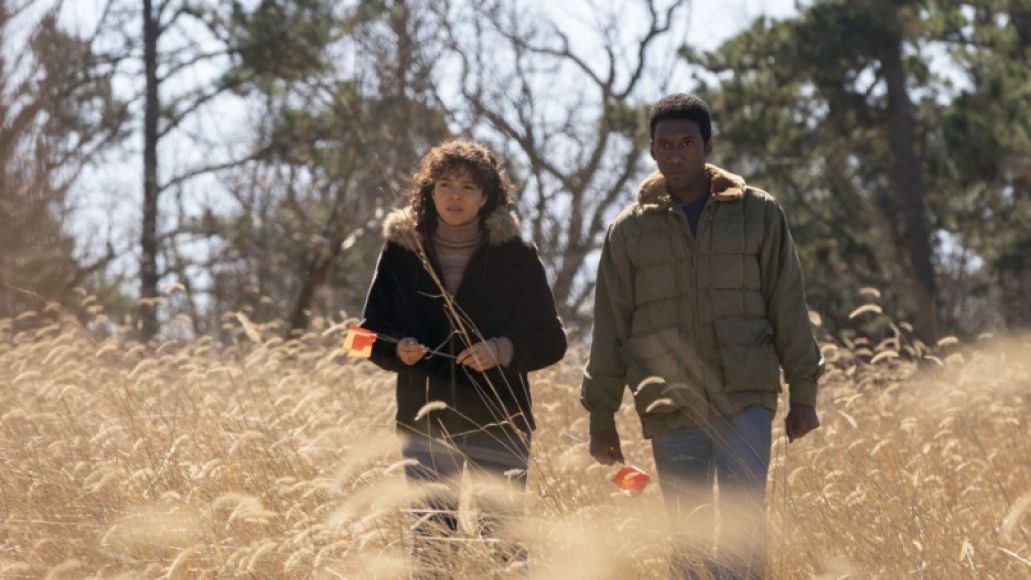 Truest Detective: Look, there was nothing wrong with Colin Farrell, Rachel McAdams, Vince Vaughn, or Taylor Kitsch. They just had nothing to do in season two, and the MO for characterization essentially boiled down to: “less is more, infer everything.” While that might work for series building, it doesn’t work for an anthology season, which is why the principals started to actually get interesting in the 25th hour. This time around, Pizzolatto places a few of his cards down early into the season premiere, “The Great War and Modern Memory”, giving just enough depth to each of his principals. That goes tenfold for Ali’s Hays, who serves as the backbone of this season, and is already the most dynamic figure for the series since McConaughey’s Lone Star-chugging nihilist, Rust Cohle.

As Hays, Ali is tasked to play him at three key intervals in his life and he excels at each level, particularly as an elder struggling with dementia in 2015. Ali delivers a complex performance of a man so fraught by the past yet also so defined by it. While much of his time here is spent discussing said past with an investigative reporter (Sarah Gadon) — again, in an attempt to siphon some of that true crime love — we also see how it’s affected his homestead, which is disparate to say the least. Ali is so goddamn wonderful in these scenes, aided by such incredible makeup, that you almost forget it’s him. He completely disappears into his age, wearing the years with so much lived-in authenticity, which is paramount for a story that places such an emphasis on the passage of time. 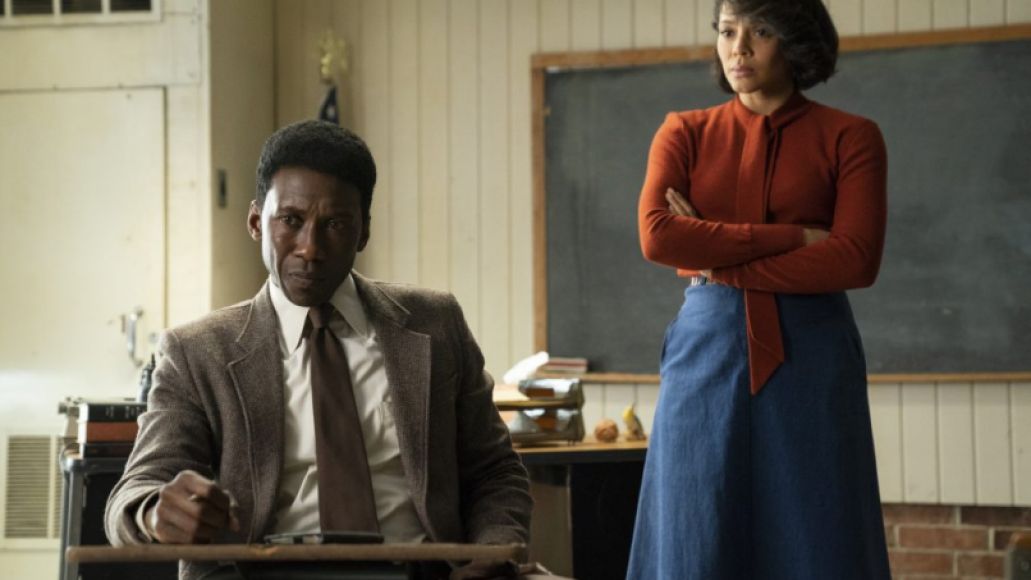 It also helps that Ali, like McConaughey in 2014, is having a moment. He’s only two years removed from his Oscar win for Moonlight, he’s on his way to another for Green Book, and he’s already familiar with the medium, having appeared in Netflix’s House of Cards and Marvel’s Luke Cage. Some might dismiss that context as moot, but there’s an inherent energy to Ali that’s achingly similar to McConaughey in that he’s this immediate force that influences every facet of the narrative. Much of this comes to fruition during his frantic time as a young detective in the ’80s, where he ricochets among the majority of the principals, be it his tough-as-nails partner (Stephen Dorff), an insightful schoolteacher (Carmen Ejogo), or a hopeless father (Scoot McNairy).

Like Cohle, Hays’ backstory unravels with the case, and also like Cohle, Hays comes with a defined set of skills. (Sorry, Mr. Neeson.) He was a tracker in Vietnam, a key detail that adds a rich layer to his character and warrants some incredible scenes. One harrowing sequence occurs toward the end of the premiere as Hays confidently breaks off from his team and we follow him with baited breath through isolated terrain. Saulnier paces it out brilliantly, taking the time to relish the surrounding anxiety, while also building up the cultish mythology. It’s intense, it’s riveting, it’s everything you want out of this series, but it’s also part of a bigger piece of the puzzle that is Hays himself. His wartime past opens the narrative to a wealth of themes, the likes of which aren’t lost on Pizzolatto, who’s clearly chewing on more than just a story about an unresolved case. 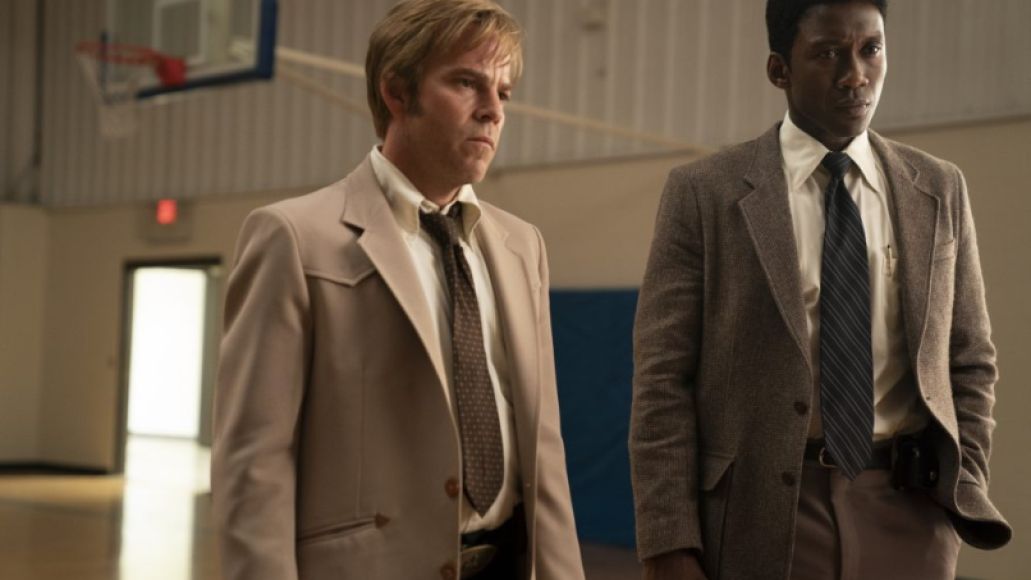 But, Didn’t Saulnier Jump Ship? He did, two episodes in, but it’s not as tumultuous as it looks on paper. Both Pizzolatto and Daniel Sackheim step behind the camera for the remainder of the season and do an admirable job attempting to match his initial vision, at least based on three of the five episodes HBO screened for critics. Still, there a few noticeable differences, most of which have to do with aesthetics. There’s a deliberate pace to Saulnier’s first two episodes in that he tends to stroll where Pizzolatto and Sackheim opt to jog later on, while the shot selections aren’t nearly as affecting as they tend to be right out of the gate. Again, none of this derails the season in the slightest, but one admittedly wonders how the rest of the six episodes would fare had Saulnier stuck around, especially when things get incredibly surreal due to Hays’ dementia. Oh well.

The Verdict: What ifs aside, the third season of True Detective is exactly what fans have been waiting for since Rust and Marty walked off under the stars five years ago. There’s so much depth to this season that fans will likely be at a loss each and every week, which is what made that landmark first run such a national phenomenon. After all, people want to try and solve things for themselves, and Pizzolatto doesn’t make it easy for them. Yet unlike that thorny second season, the complexities aren’t hollow, they’re earned — through character, through mythology, through style, through story. It’s a major comeback — a soft reboot even — for a series that was all but dead in the water, which should be music to HBO’s ears, seeing how the majority of their programming will be given their last rites this year. With that dreary image in mind, consider this a resurrection.

Where to find it? True Detective returns to HBO on Sunday, January 13th.