Track by Track is a new music feature in which we ask artists to dig into each song on their latest effort, revealing the stories behinds their work.

Brasstracks today are sharing their new EP, Before We Go. Stream the latest from the funky New York City production duo below via Spotify and Apple Music.

The follow-up to last August’s For Those Who Know Part II EP finds Brasstracks shifting from their jazzier and more electronically orientated past efforts towards a fuller R&B and hip-hop style. It’s an understandable transition, considering the production duo won a Grammy for producing Chance the Rapper’s “No Problem”. This time around, they enlisted the help of MCs like Pell, R.LUM.R, Grace, and others.

Writing from their tour bus on their way from Texas to Phoenix, Brasstracks wrote to Consequence of Sound about making the record and what it means for their future:

“We’re BEYOND excited to share this music with you, but we realized you may not know what this project is all about, or the story behind some of the songs. Most people have so far thought that Before We Go is some sort of sign of our hiatus or of us splitting up as a band. Exactly what we wanted to you to believe, but it’s certainly the opposite of what’s going on.

Truthfully, we just needed to get these songs to everyone, “before we go” start and finish an album. Our journey has only begun. It’s going to take some time, and we promise not to starve you guys with music — but that’s the root of it. For Those Who Know was for our fans who stuck with us through an awkward transition from electronic and bombastic to more live and nuanced, from Soundcloud to Spotify and Apple, etc. Before We Go is a declaration for not just our fans, but for everyone, that we are here to stay, and the next project is going to be even bigger.”

Take a listen to the whole thing below.

For more about the bigger sounds they explore on Before We Go, Brasstracks’ Ivan Jackson and Conor Rayne have broken the EP down Track by Track.

“Will We Ever Know (Intro)”:
Before We Go starts with the voices of our fans — we sent out a tweet asking for people to send us voice memos of them saying the title of the project, Before We Go. We did a similar thing with our last project, For Those Who Know, and we wanted to keep the trend for this one. There was one voice memo that stood out from the rest — It came from a fan named Jacob, his wife Mary, and their 4 year old twins Miles and London. We were so touched by the fact that this full family was reaching out to us with this audio file that we hit them up and showed them what we were up to, and asked their permission to have the voice memo featured right up front in the project. After the voice memos, it was time to set the tone of the project — We laid down the instrumental starting with drums and bass, and then came the organ, the clarinet, and the other keys parts. We enlisted our dear friend Jonathan Hoard to layer his vocals more times than we can count, and then we added horns. Our intro was born.

“Everything I Got”:
“Everything I Got” is a song that was originally birthed around the same time that we were making For Those We Know Part II (our last EP). We got linked up with Anthony Flammia through a lot of mutual friends — we had homies that went to high school with him, he works with a lot of the same people as Kemba (who we’re currently on tour with), he knows our publishers, etc. It was a no brainer to get in the studio with him. Originally, we used the drums from (our song) “Opposite Ways” because Conor was doing a recording session at the same time — Conor came in and laid down new drums a bit later, and then we re-did the all the instruments and vocals once more because the new drums were so good that we needed to. We got so caught up in the live aspect of this song that it’s scarily off of the BPM that we started at — sorry DJs! 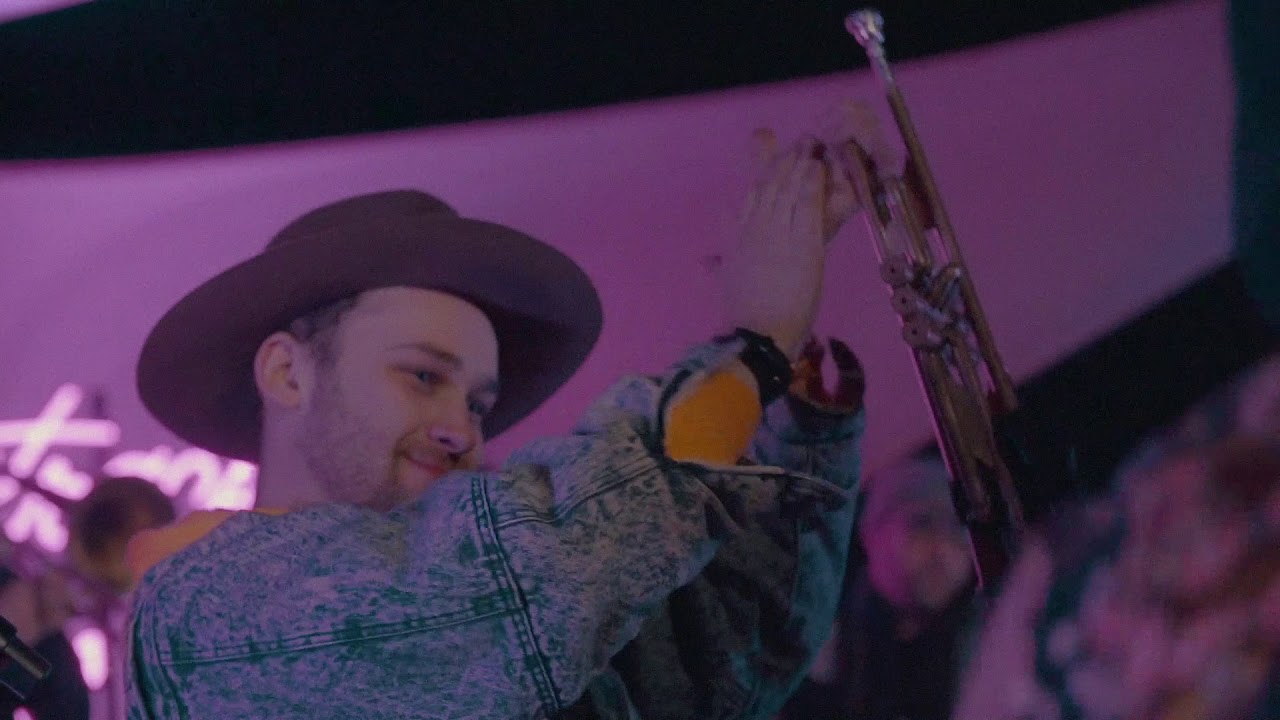 “Follows”:
We’re so happy that this song saw the light of day — originally made this in 2016 at Westlake Studios in LA, with Grace and a wonderful writer named Blush. The first few hours of the session were just vocals and guitar, and we wrote the full song in the live room. We knew we had something that day — a relatable song to everyone, with clever lyrics and a voice that sounds like butter. After that, it was just a matter of layering until the song was done. The end of the song is pretty ADD of us, we just went off on a musicians’ tangent I guess. It was fun as hell to be honest and we’d never take it back — having that tangent at the end after a structured pop song like this made us happy.

“Vibrant”:
Linking up with Pell was one of the easiest music making experiences we’ve ever had. We sent him a pack of beats, and the one he liked the best became “Vibrant”, a Timbaland-inspired high energy hip hop beat that we had a hard time originally finding a voice for. Thank god for Pell on this one, he turned it into something we couldn’t even imagine. The way he placed the verses and choruses on this one was actually completely backwards from how we envisioned it, but in the best way possible. Our favorite part of this one is probably the final shout chorus, we’ve been ending our shows on the “Vibrant Tour” with it. 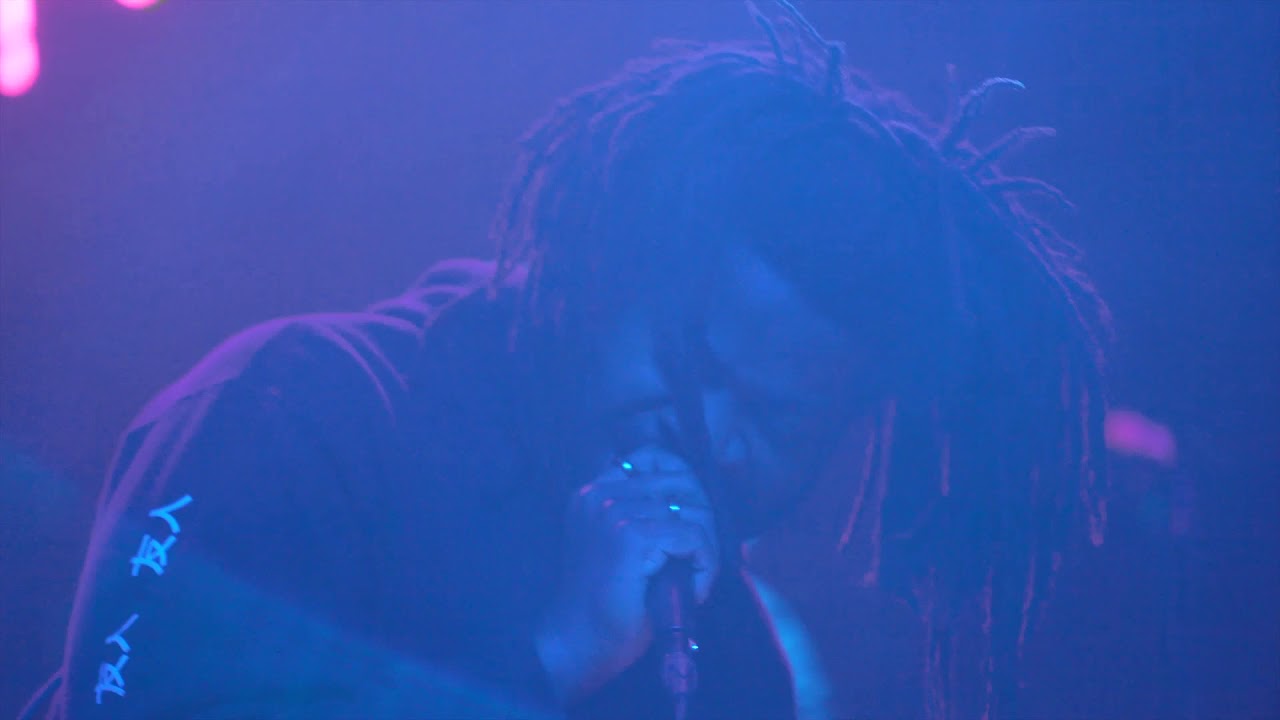 “I’m Alright”:
R.LUM.R must be protected at ALL COSTS. Truly the nicest and most talented dude, the process of making this song was just natural. We were supposed to hit a studio that didn’t work out, and we all wound up back at the home studio writing and making the song, laughing and enjoying each others company. It fell in line with Follows in an amazing way- but where Follows is more of an expression of lament after a break up, I’m Alright is an expression of self worth. R.LUM.R came up with the initial idea from a recent experience he had, and we took it and ran with it.

“Snowdaze”:
A few years ago, Ivan taught at a high school in NYC called the Calhoun School, and met an absolute talent named Jackson Lundy. We have both followed Jackson’s SoundCloud account for a while, we often search through people’s likes to find new things — one day we found a song in Jackson’s likes by a guy named Charles Gaines. It was a stripped down version of what you guys now know as Snowdaze, one of the most beautiful songs we’d ever heard. A year later, we knew that the Before We Go release was coming up and we wanted this project to have a little more dynamics to it — more peaks and valleys, etc. Snowdaze helped us shape the entire thing. 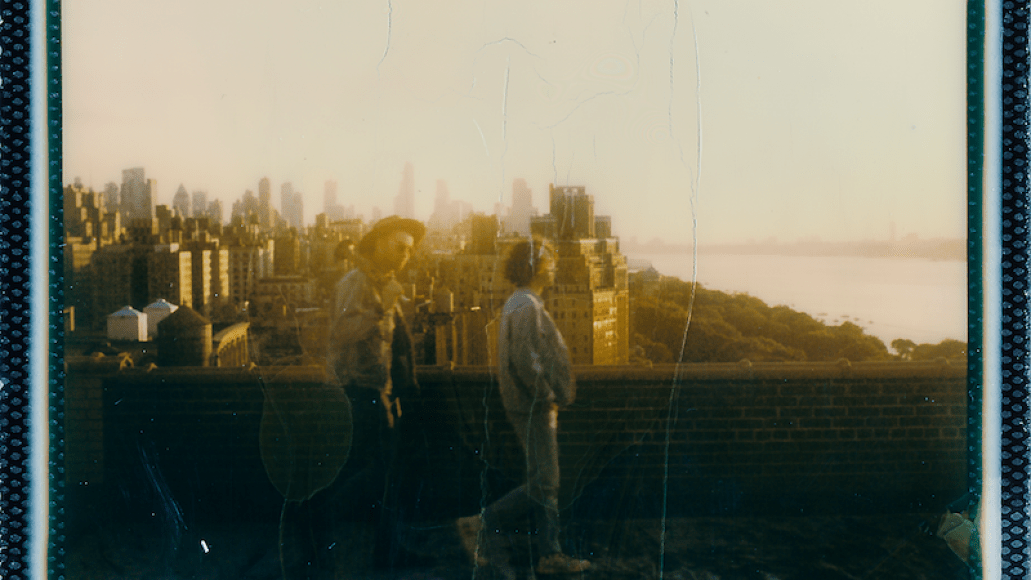 “Will We Every Know (Outro)”:
The outro of the project has S’natra speaking, our best friend and first collaborator ever. We enlisted him because his voice is natural to hear for our fans (and he’s just meant to be on any record ever). The final words are a declaration — we’re working on an album. We wanted to give you these songs before we take a little time to finish this album. But it’s on the way. Thank you all so so so much for listening to this project.

Brasstracks give a Track by Track breakdown of their new EP, Before We Go: Stream