Disturbed have been around for more than 20 years, but Monday night (February 25th) was a special show for the Chicago hard-rock act, as they headlined New York’s Madison Square Garden for the first time.

Before the band even took the stage, a special moment happened when Linkin Park’s “In The End” played, and fans sang in unison in remembrance of Chester Bennington. Audioslave’s “Show Me How to Live” followed in honor of late singer Chris Cornell.

The band kicked off their set with the appropriate “Are You Ready” off their 2018 album, Evolution. From there, it was a mix of new and old, with such favorites as “Prayer”, “Stupify”, “Voices”, and the band’s cover of Genesis’ “Land of Confusion” highlighting the main set.

Between the acoustic songs “A Reason to Fight” and “Watch You Burn”, Draiman took some time out to talk about the losses of Bennington, Cornell, and Scott Weiland, and about the importance of helping those struggling with addiction.

Another highlight of the main set was the band’s cross-over smash cover of Simon & Garfunkel’s “The Sound of Silence”, featuring guitarist Dan Donegan on a piano, which was equipped with a cool pyro effect.

During the encore, Disturbed brought a couple of fans onstage during “The Light”, and closed out the memorable evening with a rousing rendition of their signature tune, “Down With the Sickness”.

Three Days Grace, who have a bevy of #1 mainstream-rock hits themselves, opened the night with a set filled with fan favorites and new tracks off their most recent album, Outsider. Highlights included “Pain”, “I Hate Everything About You” and “Animal I Have Become” (complete with a bit of the White Stripes’ “Seven Nation Army”).

Disturbed and Three Days Grace will be on the road through March 8th in Rosemont, Illinois. Tickets are available here.

See our photos of Disturbed and Three Days Grace at Madison Square Garden, along with Disturbed’s setlist and video highlights, below:

Photos: Disturbed and Three Days Grace at Madison Square Garden (click to enlarge and scroll through): 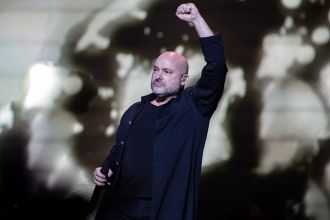 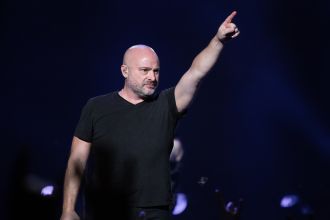 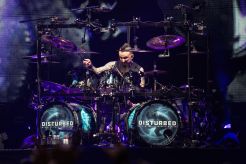 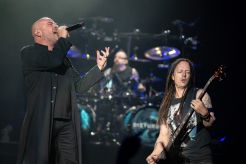 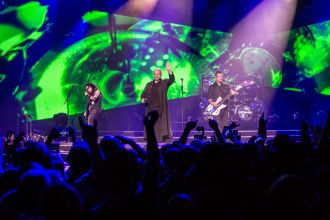 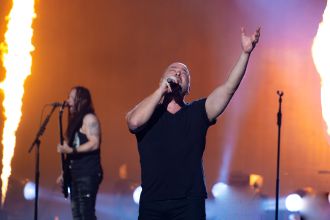 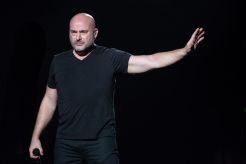 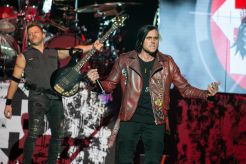 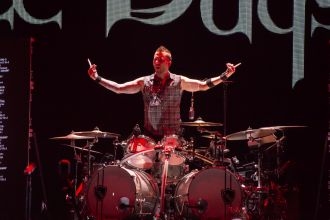 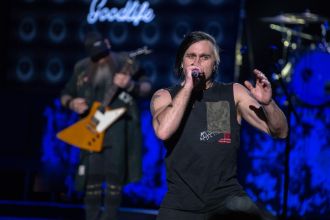 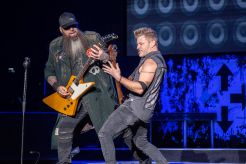 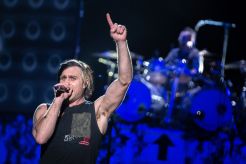 All photos by Johnny Perilla (@johnnyperilla)

Disturbed Setlist:
Are You Ready
Prayer
The Vengeful One
The Animal
Stupify (followed by guitar jam, full band instrumental)
Voices
Land of Confusion (Genesis cover)
Hold On to Memories (followed by bass / drum solos)
Ten Thousand Fists
The Game
A Reason to Fight (on side stage, including tribute to late musicians)
Watch You Burn (on side stage)
The Sound of Silence (Simon & Garfunkel cover)
Indestructible
Inside the Fire

Encore:
The Light (with fans on stage)
Stricken
No More
Down With the Sickness 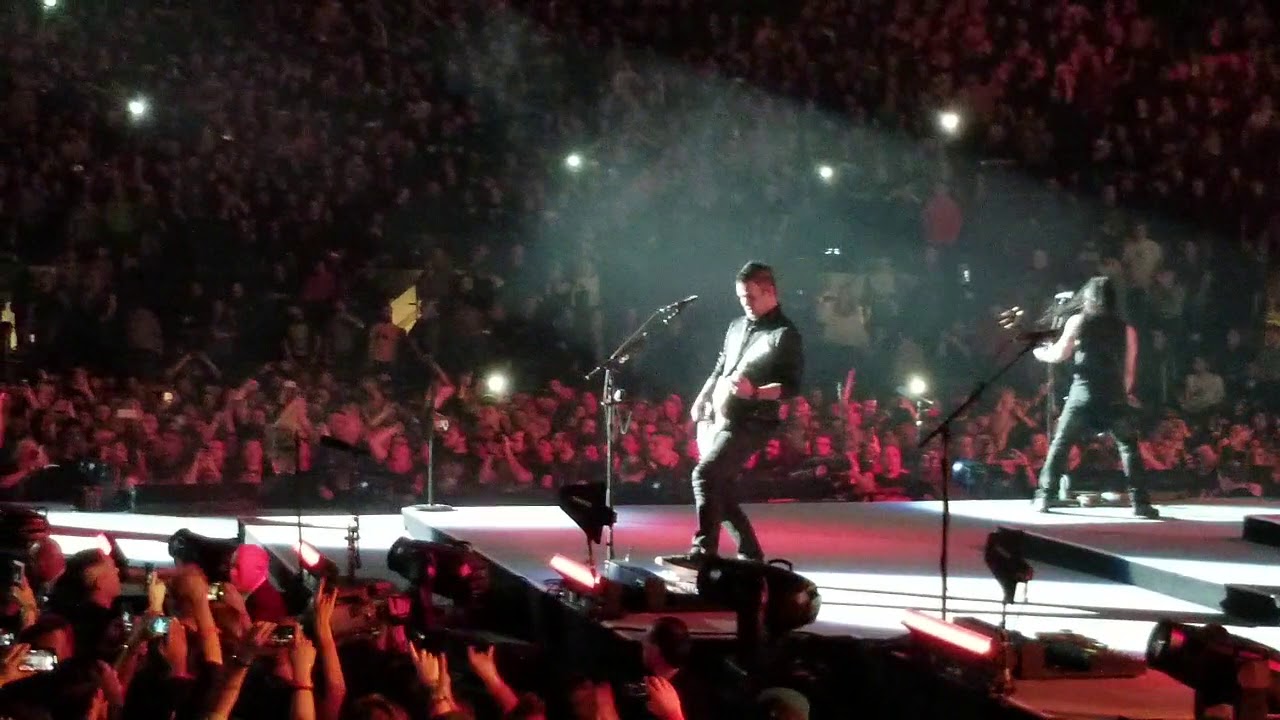 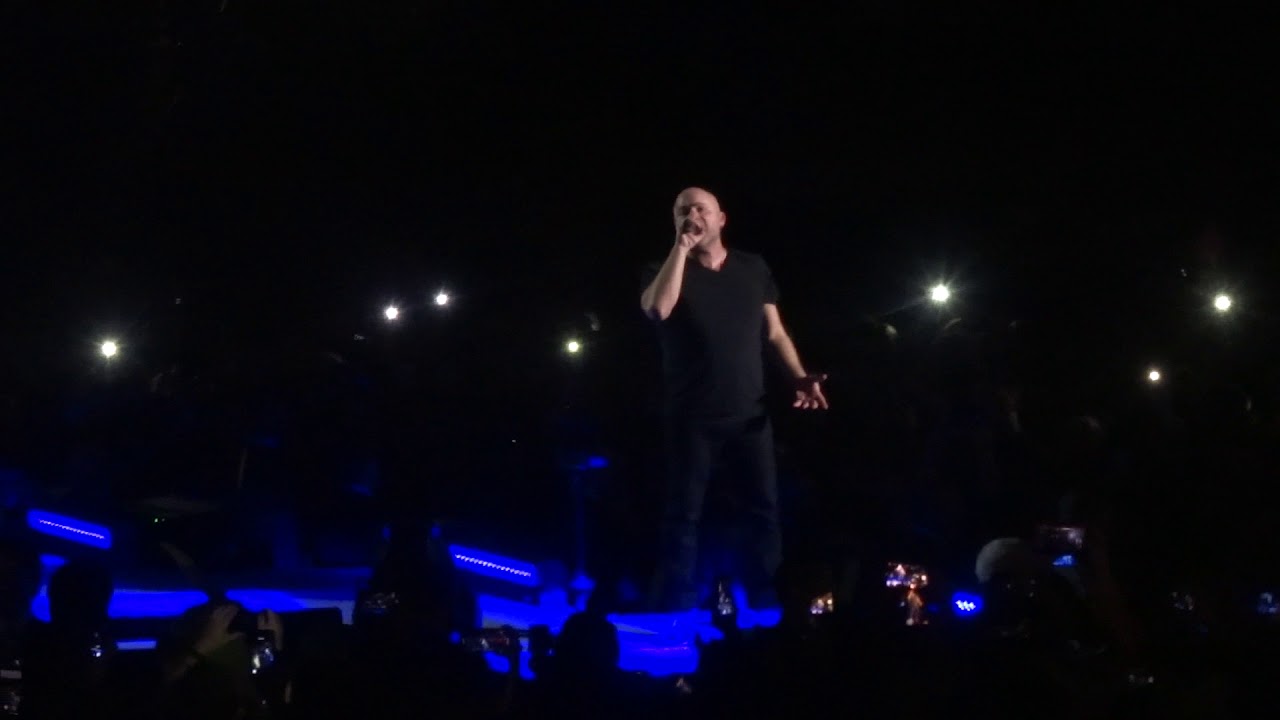 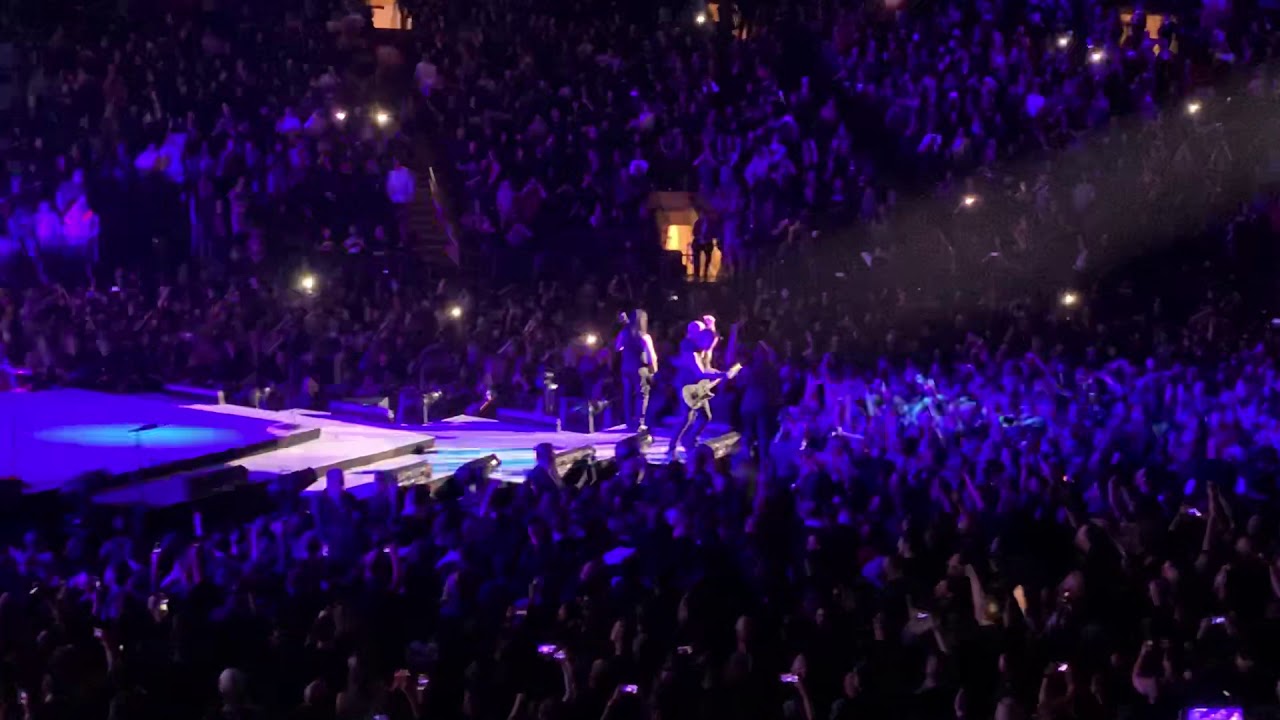