After announcing a US tour on Thursday, Johnny Marr has released a new single, “Armatopia”, complete with a captivating doomsday-inspired music video.

“Armatopia” marks the former Smiths guitarist’s first new music of 2019, following up his third solo studio album released last year, Call the Comet. The track was inspired by the bizarre and bleak state of global politics, including the passing of Brexit in June 2016 followed by Donald Trump’s election a few months later. With many feeling hopeless or disempowered, the song tackles hedonistic coping methods — essentially, partying through the end of the world.

As he told NME, “‘Armatopia’ is the odd state we find the ecology and ourselves in today. Have those in control made people feel like there’s only one thing left they can do? ‘We’re smoking till we burn out’, so we dance and party. It’s Eco-Disco for 2019.”

The music video, which was directed by Kris Rimmer, builds off that concept, following four Brits as they go out to an “eco-disco” of their own. The clip’s subjects are initially stern as they prepare and move through housing complexes and daily life, creating a defiant contrast as they arrive at the exclusive gathering and finally let loose.

Said Rimmer on the concept,

“Johnny and I wanted to work with the idea that even when the future of a person seems bleak and uncertain, they can still choose to pursue pleasure and self-indulgence. In this case, that hedonism is embodied in our four main characters. We chose the derelict tower block to contrast their eccentricities and followed them on a journey to ‘the last place on earth left open’. There seems to be something quite significant about finding romance in the last days of existence.”

Watch the video for “Armatopia” below. 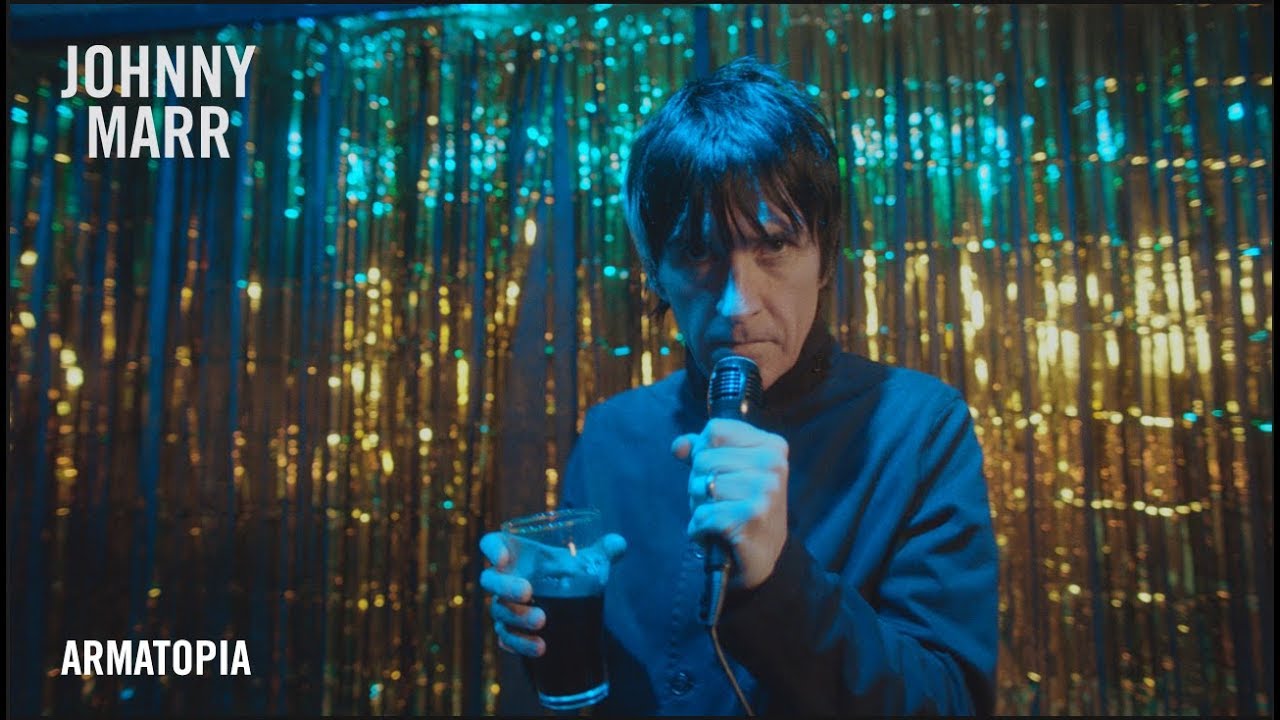