Adam Levine took off his shirt, Travis Scott played “Sicko Mode” (and got a $500,000 tax write off in the process), and Big Boi showed up for less than 60 seconds.

All told, the 2019 Super Bowl Halftime Show was as much of a clusterfuck as one might expect: an overblown production with no real direction or actual sense of purpose. Maroon 5 proved once more why they are music’s equivalent to a Nilla Wafer, making good on their pre-show promise to let their signature brand of coffee shop pop music “do the talking.”

There was no acknowledgment of the controversy surrounding the performance, which came about only after numerous other artists — including Rihanna, Pink, and Cardi B — passed on the opportunity to headline in solidarity with Colin Kaepernick. Nor did Adam Levine adhere to the advice of Roger Waters and take a knee. Instead, the Maroon 5 singer unnecessarily stripped down to reveal his heavily tattooed bare chest and stomach.

What Maroon 5’s set did prove, however, is that not all nipples are created equally and the double standards of the patriarchy are alive and well. The exposure of Janet Jackson’s chest in 2004 led to her being blackballed from the music industry. Levine, on the other hand, can expose his nipples for a good two minutes with little repercussions aside from social media mockery and the cheers of the crowd.

The Halftime Show wasn’t all bad, however. Following an introduction from SpongeBob Squarepants (a nod to the show’s infamous Super Bowl episode), Travis Scott descended from the sky as a meteor and exploded onto the stage to deliver an epic performance of “Sicko Mode”.

Meanwhile, Atlanta’s own Big Boi donned a giant fur coat as he rolled up in a car and quickly spit out OutKast’s classic “The Way You Move”. Just as quickly as he appeared however, Big Boi exited stage left.

If you want a performance worthy of the Super Bowl Halftime, check out Foo Fighters’ epic pre-party concert from the night before. But if you want to subject yourself to a replay of tonight’s performance, you can do so below. 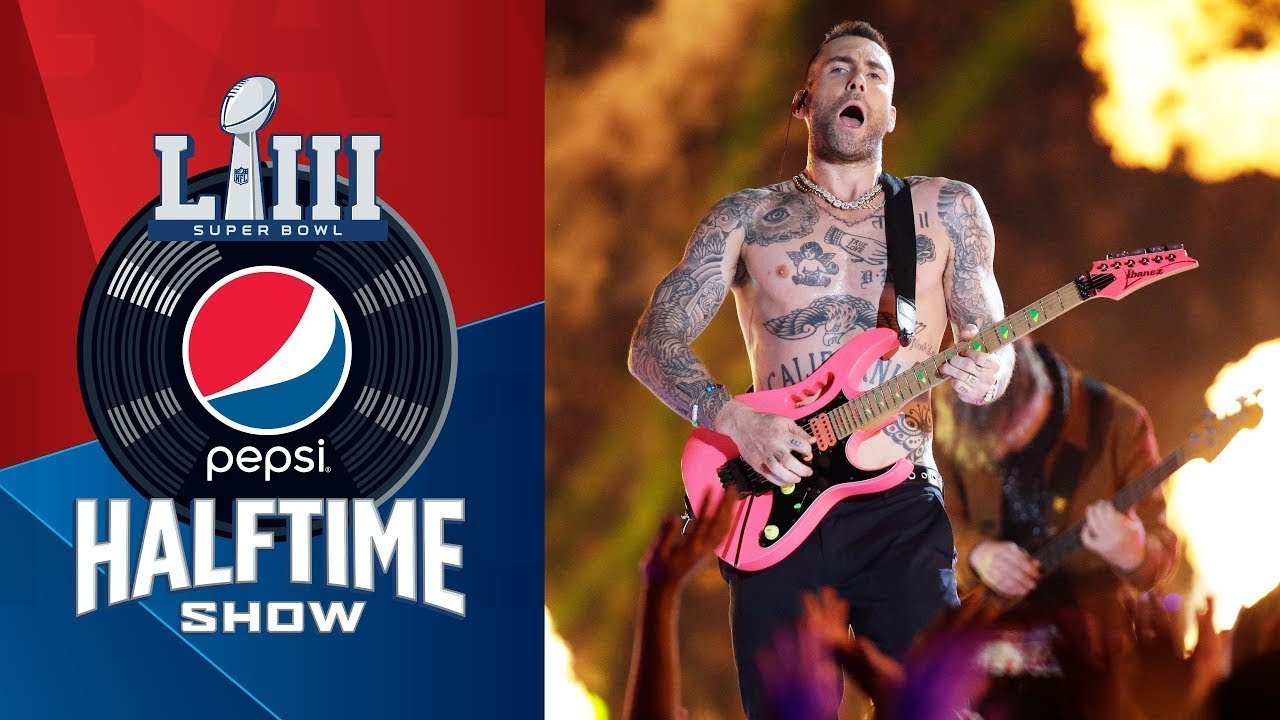 Setlist:
Harder to Breathe
This Love
Sicko Mode (Travis Scott)
Girls Like You (with a Gospel Choir)
She Will Be Loved
The Way You Move (Big Boi)
Sugar
Moves Like Jagger