Look, anybody who grew up playing Pokémon was always going to be incredibly excited about Detective Pikachu. It’s a movie full of live-action Pokémon living among us. The Pikachu is furry and cuddly. The Pikachu is also a detective. LOOK AT HIS LITTLE HAT.

Much to many longtime fans’ delight, however, it’s also starting to look like Detective Pikachu could be a ton of fun, in addition to a new and lucrative money-printing opportunity for Warner Bros. The second trailer offers a closer look at the film’s world, in which failed Pokémon trainer Tim (Justice Smith) is roped into a vast conspiracy when he meets a Pikachu that talks like Ryan Reynolds and only he can understand. The reluctant duo soon pair up to find out what happened to Tim’s dad, and help Pikachu figure out what happened to him before the amnesia set in.

Honestly, though, you’re here for the Pokémon. In that spirit, just know that the latest trailer gives you a look at the great and powerful Mewtwo (!) causing psychic destruction, and all other manner of real-world creatures wandering through a city that looks like what would happen if Blade Runner’s future was full of sunshine. In fact, just in case you’re wondering, here are all the new Pokémon we were able to spot this time around, beyond the psychic overlord: Ludicolo, Growlithe, Arcanine, Joltik, Aipom, Golurk, Snorlax, Machamp, Pancham, Snubbull, Comfey, Loudred, Gengar, Blastoise, Cubone, Flareon, Rattata, Treecko, and Audino. Careful listeners will even hear a few notes of the classic theme song from the original cartoon series soundtracking the preview.

Detective Pikachu hits theaters worldwide on May 10th. Check out the pocket monster-stuffed trailer below.

WB has also shared a new poster for the film: 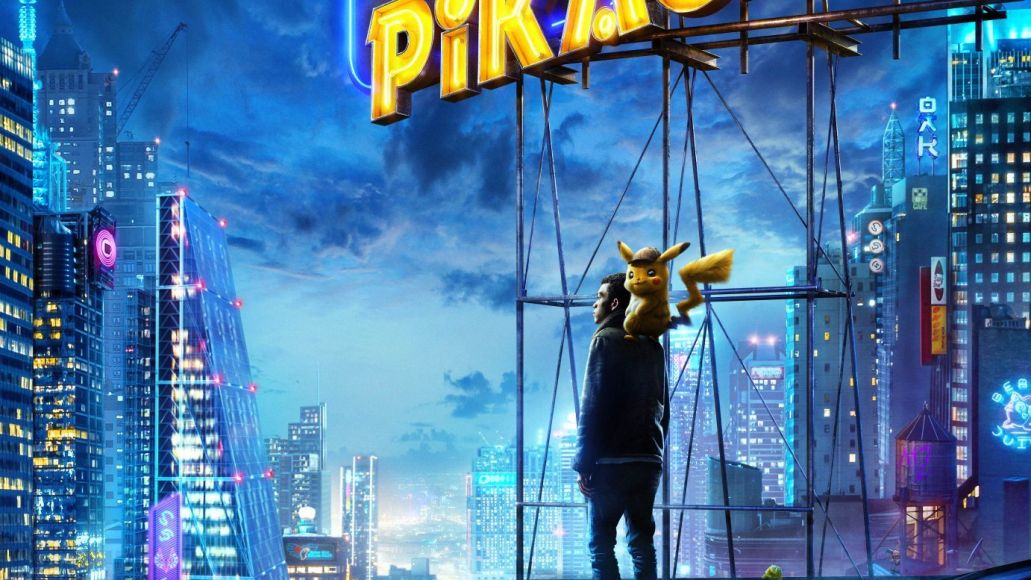