Pivot Gang, the Chicago rap collective led by Saba, is gearing up to drop a new album later this year. Ahead of that release, they shared “Blood” last fall; today, the Chicago outfit is teasing with a new track dubbed “Jason Statham, Pt. 2”.

Produced by the group’s daedaePIVOT and SqueakPIVOT, the song follows Pivot Gang as they channel the globetrotting, action-packed lifestyle of actor Jason Statham. On the chorus, Saba flashes his stamp-filled passport and pricey Lamborghini, while talking about running from the feds. His brother, Joseph Chiliams, jumps in to name-drop Bruce Lee, Usain Bolt, and Goofy (?) on his solo verse.

Check it out below via a music video directed by Addison Wright. The clip features a number of Pivot Gang’s core members — including Saba, Chilliams, and MFnMelo — as they brave a typical snowy and windy winter afternoon in Chicago. 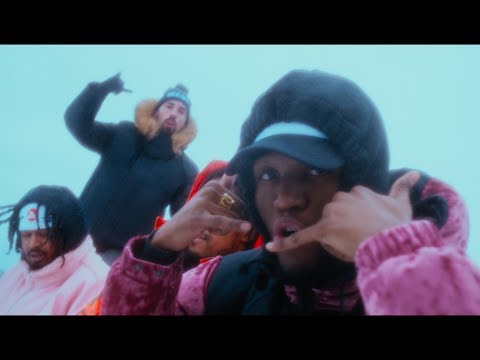 In addition to the upcoming Pivot Gang album, Saba has been teasing a massive collaborative record with Noname and Smino. All three recently performed “Ace” on The Tonight Show. Saba dropped one of the best records of 2018 in Care for Me, and he’s set to join J.I.D. on his “Catch Me If You Can Tour” that launches in May.