Anyone over the age of 30 probably gets the chills at the mention of Alvin Schwartz’s Scary Stories to Tell In The Dark. The spooky trilogy of books shaped the lives of so many children in the stacks of school libraries across the nation throughout the ’80s and ’90s. That’s why we’re ultimately champing at the bit to see how its film adaptation will turn out.

On Friday, CBS Films dropped its theatrical poster (see below), which teased a first look at “Harold”, and tonight, they’re adding some ghouls to the Bowl with creepy spots that bring to life much of the folklore of Schwartz and artist Stephen Gammell. The first previews the iconic tale “The Big Toe”, the second teases a new “Jangly Man”, the third gives us “The Pale Lady”, and the fourth gets icky with “The Red Spot”.

Directed by André Øvredal and written by Daniel Hageman, Kevin Hageman, and Oscar-winning director Guillermo del Toro, Scary Stories to Tell In The Dark follows a group of young teens who must solve the mystery surrounding sudden and macabre deaths in their small town. The film stars Zoe Colletti, Michael Garza, and Dean Norris, among others.

Here’s the full official synopsis that should add more context:

It’s l968 in America. Change is blowing in the wind…but seemingly far removed from the unrest in the cities is the small town of Mill Valley where for generations, the shadow of the Bellows family has loomed large. It is in their mansion on the edge of town that Sarah, a young girl with horrible secrets, turned her tortured life into a series of scary stories, written in a book that has transcended time—stories that have a way of becoming all too real for a group of teenagers who discover Sarah’s terrifying tome. 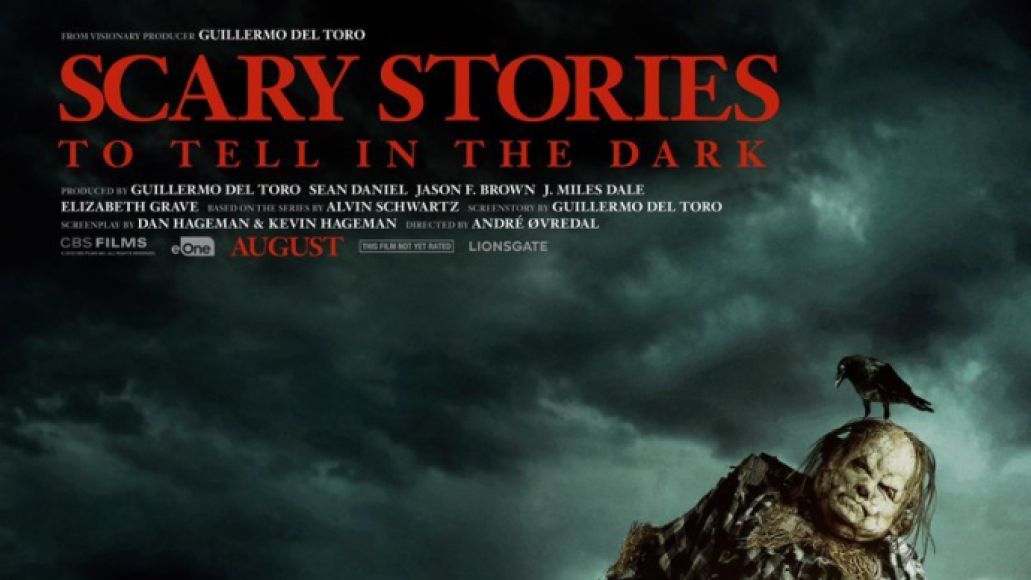